Sony is about to bring a new microSD card to market that promises better sound quality through lower electrical noise emissions when being read. You’re extremely unlikely to net any benefit via a Samsung smartphone but loading your Astell&Kern, PonoPlayer or Sony’s own ZX-2 with this audiophile-centric card might be a different matter. It won’t come cheap though. The SR-64HXA’s model name alludes to its 64Gb capacity but not its price: US$160. That’s quite the hike on standard microSD cards that sell for around US$30-40. Still, if you’ve got the means and and the inclination, why not?

There’s little doubt that Sony’s new storage card will appeal to audiophiles looking to juice every last bit of performance from their digital audio player but it’s not for everyone and is sure to draw the ire of many a mainstream tech publication and its readers.

Talking of which, news of this Sony microSD card echoes my coverage of AudioQuest’s Ethernet cables whose electrical noise mitigation talents I believe are central to their superior sound when compared to standard patch cords. Whichever way you slice it, electrical noise can disturb sensitive audio systems and adversely affect their sound quality.

The SR-64HXA microSD card will be available via Sony Japan from 5th March. 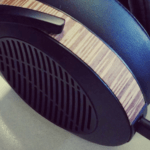 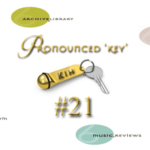