The OPPO HA-2 is a portable DAC / headphone amplifier that will extract considerably better sound quality from a smartphone than via its in-built headphone output. Almost identical in height and width to the iPhone 6 and Google Nexus 5, it strikes quite the pose. OPPO’s new portable is possibly the slimmest in its class; not only does the stitched leather wrap-around shield attached devices from metal-on-metal induced scratches, it adds a dose of executive style to the otherwise traditional brushed aluminium casework. With its volume pot located top-left, the HA-2 has all the visual cues of a leatherbound book.

Along its bottom edge, micro USB and USB Type A socketry are present to parse digital audio streams from Android and iOS devices respectively. Amplification is Class A/B. All the cables required to get you up and running are included in the box.

The HA-2’s internal ESS Sabre 9018-K2M DAC can decode up to 32bit/384kHz PCM and DSD64/128/256 but hi-res mileage will vary depending on the audio player used. Onkyo’s HF Player is currently the go to app in Apple-land whilst USB Recorder Pro is recommended for those wanting to tap more than Redbook from an Android device.

But wait! The HA-2 isn’t just for smartphones. There are two 3.5mm sockets along the top edge, the first of which is for headphones, the second offers switchable line in / line out. I’ve never really seen the point of dropping almost two thousand bucks on a DAP only to strap on a portable DAC/amplifier to improve its sound but the option is there (with the HA-2) if you want it. 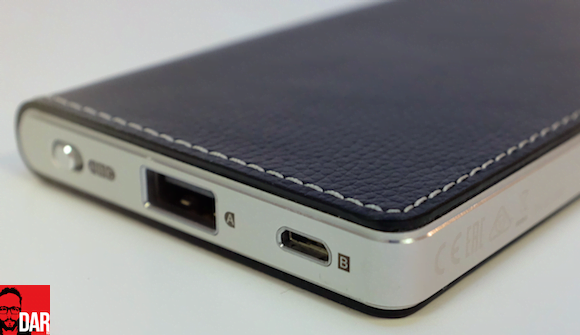 Switchable bass boost, low/high gain settings and battery status LEDs run down the HA-2’s long edge. OPPO supply a 5A ‘VOOC’ rapid charger that promises to replenish 75% of its rechargeable 3000mAh battery within thirty minutes. OPPO promises seven hours of digital audio playback on the back of a full charge (which takes 90 minutes with the VOOC wall-wart).

Power output-wise the HA-2 is no slouch but it’s no warhorse either. It blows 220mW into 32 Ohms or 30mW into 300 Ohms. This isn’t the portable amplifier for the 600 Ohm Beyerdynamic T1.

For my listening sessions I used the 26 Ohm, circumaural PM-3 (also from OPPO) and Audiofly’s AF78 IEM. The latter’s nomimal impedance are rated at 16 Ohms and so sit at the bottom of the HA-2’s recommended range for partnering ‘phones which extends to 300 Ohms in the other direction.

That said, I noted more drive and control from the HA-2, for this review paired with the Nexus 5, than I did with the Sony ZX-1 Walkman playing it solo. That meant more subtlety to the brushwork that underpins David Bowie’s “Bring Me The Disco King” and richer horn blat on David Byrne’s “The Sound Of Business”. Bass guitar notes on Beck’s “Paper Tiger” popped with greater urgency too.

Comparisons with the Sony portable are crucial because it’s the only DAP – along with the revised ZX-2 – that can match the functionality of a smartphone. Like every iPhone or Samsung Galaxy, the ZX-1 runs Spotify and Tidal out of the box. Flipping the A/B on its head, the Sony sounded tonally more diluted and not as well separated as the Android phone handing off ones and zeroes for decoding and amplification by the OPPO portable. These differences were more evident via the OPPO full-sizers than the Audiofly in-ears. 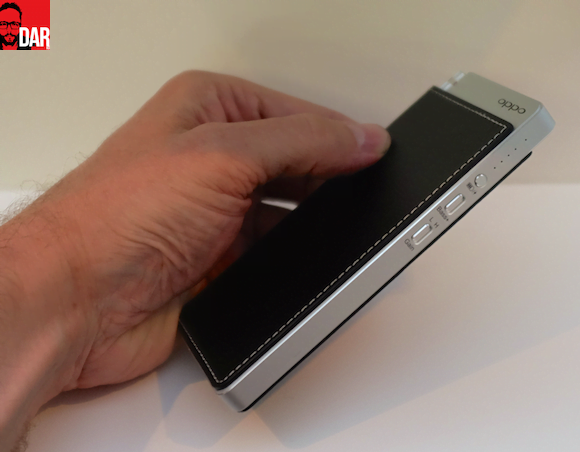 This phone-headed twin-pack solution isn’t without compromise. The rubber bands that keep the two together obscure important smartphone screen real estate and, in some positions, the Google phone’s software buttons. Even with the phone strapped in at the very top of its shell, the OPPO’s lovely, hinge-esque volume pot is obscured. Perhaps a simple Velcro solution is the answer (as per the AudioQuest Dragonfly here).

Then there’s the issue of how to put phone-strapped to HA-2 into one’s pocket. Go head first and you risk crushing the headphone jack. An L-shaped termination is pretty much mandatory here. Going feet first sees the USB cable loop that connects phone to HA-2 bear the full weight of both. Ideally, you’d need a pocket wide enough to allow for sideways loading.

Pocketabilty niggles aside, the HA-2 lends extra weight to the case for appending one’s existing smartphone with a portable DAC/amplifier instead of opting for a separate DAP. That it sounds superior to the Sony ZX-1 only enhances that position, particularly if you’re a streaming audio connoisseur. The HA-2’s slimline factor keeps the extra bulk to a minimum – you can’t say that about all portables – and the price is right too: US$299 in the USA or AU$449 down under. 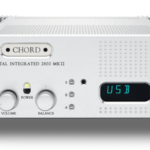 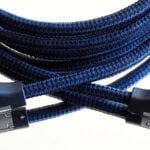