Religion. Should we get some – religion that is? In audiophilia, religion leads to countless missed opportunities. To start somewhere, how about this quote from Chord’s Rob Watts, from my preview of their Chord TT? For those wondering why a stationary deck would still use battery power instead of a heavily regulated traditional supply, “the reason the TT uses batteries was for guaranteed noise isolation from the mains supply. The TT project started in Feb 2014. At that time, we were not sure how much of the Hugo magic was down to the batteries. So the decision was made to go for the guaranteed low-risk approach and use the batteries. The 2Qute program started much later. Only a few weeks ago did I confirm that we can get battery-quality sound by using a lot more RF filtering and regulation. So if we designed the TT today, I would go for no batteries, having proven that it can be made to sound identical.”

Chew on that. Being portable, the original Hugo had to have batteries. As Chord’s most successful product ever, when it came time to incorporate fence-sitter feedback and scale up the portable to stationary dimensions, the Brits didn’t want to mess with their sonic success. Even though the Hugo TT will leash up to AC power just as Red Wine Audio or Vinnie Rossi branded kit does to play indefinitely, all of this stuff runs on batteries, ultracaps or both. The battle cry is complete isolation from dirty utility power.

If you buy into the—very convincing!—argument that battery power is the purer solution (it’s certainly performance invariable and not prone to fluctuations based on the state of your AC), Chord’s statement could seem like a betrayal. They’ve joined forces with the enemy. This is but one example for how an open mind driven by ongoing curiosity is necessary to transcend restrictive beliefs.

There are so many. After I left my national sales & marketing gig at Mesa Engineering’s hifi division during the era of their Baron and Tigris amplifiers, I joined Pat McGinty’s Meadowlark Audio in Southern Cali. He was a firm proponent of 1st-order filters and transmission-line loading. As you’d expect, he had all the science to prove its superiority. Some of it became too heady for my non-techno noggin. In a way, that might have made it even more persuasive. Being exposed to his speakers on a daily basis and having already heard the entry-level Kestrel in Mesa Boogie’s resident sound room, it was only natural that I’d end up with a Shearwater HotRod for a good price. 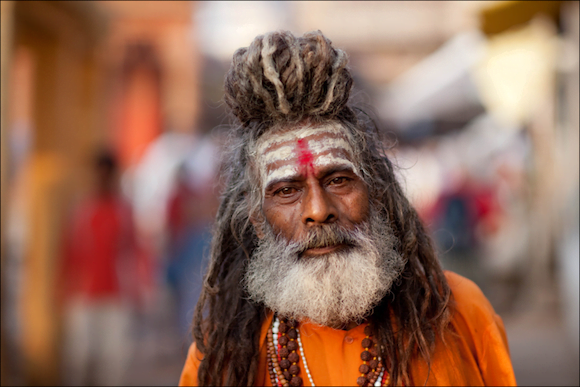 My audiophile career had actually started with a used pair of Vandersteen 2ci from Peter Litwack at what then was Sausalito’s Music by Design boutique. Later I had various variations on Anthony Gallo’s Reference 3. You might say I’d gotten 1st-order religion. But if we look at speakers I own today, I’ve clearly gotten mixed up. SE has fallen off the good wagon. Some boxes still are 1st-order like the Albedo Audio Aptica and Boenicke Audio W5se. Some order their roll-off a bit or a lot higher like the soundkaos Wave 40, EnigmAcoustics M1 or German Physiks HRS-120.

Some are augmented widebanders with paper-cone whizzers and ribbon tweeters. Others combine a metallic widebander with a polypropylene mid/woofer; use ceramic or carbon-fibre drivers or silk domes. Most are direct radiators. One is a true full-bandwidth omni. Two are solid wood. Others combine MDF with Plywood. Some are ported, some are sealed. One is a transmission line. Some are lined with steel shot. Others use open-cell foam, honey-comb cardboard or nothing at all. I’ve owned single-driver widebanders and 3-way horns. I’ve played with super tweeters and subwoofers.

You might say that after 13 years of mooning the six plus many more preceding years of writing elsewhere and working in high-end retail and marketing, exposure and listening opportunities have me convinced of just one thing: any one audio religion is exclusionary and restrictive. As such, it’s utterly boring. It’s for adolescent boys who still get hot debating whether Aliens beat Predators or whether Batman is badder than other super heroes.

I’ve owed tubes of the low and high-power persuasion, push/pull or single-ended. The same goes for transistors. I do NOS DACs and oversampling DACs. Sometimes I even oversample signal to maximal power-of-two values in 64-bit computer software to feed non-oversampling converters. Heresy. I own fully balanced gear, single-ended gear and gear with faux XLR. And I mix and match it. Traitor. Moron. 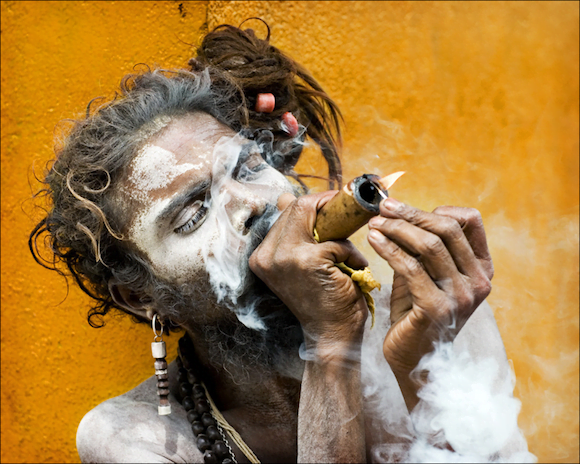 Various audio fora are filled with expertly argued proof on how various hifi solutions are superior to all others. Manufacturers must commit to some design ethos – time alignment, true dual differential, everything DSD, zero feedback, you name it. Those decisions and their propaganda join the chorus. To win sales, all makers must convince us that their gear does it better. Since male buyers dominate this sector, appealing to the head is key. Convince us with airtight arguments ably abetted by pretty graphs. Our hearing will follow. Being wagged by our men tails is very effective after all.

And it must be said, assembling perfectly persuasive fully satisfying systems which conform to any one quasi-religious set of beliefs is possible. Also, the perception and eventual preference of and for certain qualities which might be unique to a certain approach can be learnt. Mind you, initial enjoyment of listening to music without yet having any religion is perfectly normal. However, once we train ourselves to recognize certain qualities, our enjoyment may suddenly limit itself quite drastically. No matter how good or interesting something else might portray other aspects, if it doesn’t hit our newly acquired trigger points something fierce, it’s all for naught. Triggers could be dynamics, soundstaging, tone, PRaT or any number of attributes.

The notion of the self-fulfilling prophecy applies, too. It’s easy to buy ‘proof’ for any hifi religion. Stick to one recipe and diligently avoid (optimized!) encounters with evidence to the contrary. Add that the average hifi enthusiast’s exposure ops may be dismally limited to one or two local retailers if that. Open-mindedness arises quite naturally when one hears a multitude of seemingly conflicting solutions work equally well. Without any such opportunities though, it’s far more likely that we allow our acquired beliefs to exclude many options which might make us just as happy if not more so.

Shy of endless buy’n’sell cycles through the hifi classifieds or systematically hitting up one’s local and not so local dealerships, the really best opportunity for the still curious audiophile to get exposed are today’s many hifi shows. If you’ve never heard one, how to know whether an electrostat or low-power triode system should be in your future? If you’re serious, attend a show like HighEnd Munich. Under one roof, it combines a truly amazing variety of religious flavours. Including travel, hotel and food, that’s a far better investment into your personal audio sanity than reading reviews and forum posts from strangers you’ve never yet met or listened with. 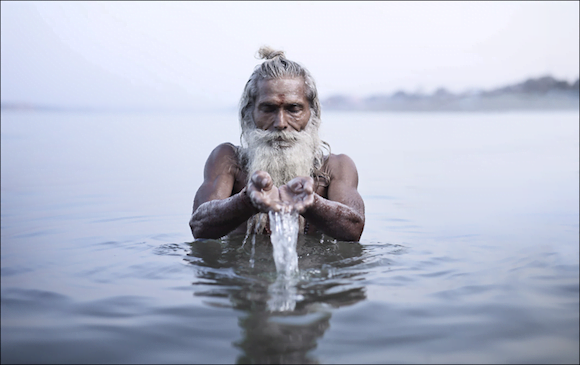 I’ll conclude with a reader email which illustrates what might come next: “Hello Srajan, I’ve been on a long hunt for interesting preamps that aren’t too hard on the wallet. I’d like to collect three or four and change them out to add different tastes to my system. So far I’ve gotten one of the better ones from Hegel and now I just ordered the Masterpiece from Transcendent Audio. It’s quite new, it’s different, it’s cheap. So I thought I’d let you know.” I told Walter to have fun putting together his preamp spice rack. His thinking fell right in line with my own. Instead of spending all one’s money on one super-posh component (whatever that means according to a personal budget), break it down into smaller bits and allocate those to multiple examples in the same category. It’s the best way to learn; and it forestalls the inevitable boredom with sameness no matter how brilliant its level. As human beings, we get bored by lack of variety. Why keep selling and buying and selling and buying when there’s clearly no end to it? Why not buy cheaper stuff we can afford to keep; and by keeping it, have more and more flavor combinations on hand to make things interesting and entertaining? To me at least, that’d be a step in the right direction. It inevitably leads to universal religion. That means tolerance and an easy admission that there are many different ways to travel, many different tastes to enjoy.

This reminds me of an anecdote about a spiritual teacher. Being fond of opera, he and a disciple once listened extensively whilst discussing who the greater tenor was, Pavarotti or Domingo. The disciple promoted Luciano, the master stuck to Placido. The longer their tussle went on, the more serious, worked up, argumentative, upset and contracted the disciple got. Finally the master laughed. He patted his worn-out man on the back: “You were right all along. Pavarotti really was the greater tenor.” The disciple lit up. After a brief pause, the master whispered conspiratorially: “But, I had all the fun. You completely lost your cool and your center. Being right so isn’t worth that.”

Many hifi discussions in forum threads strike me as nothing but that – arguing a rigid position whilst the music is playing. The whole purpose of hifi is hedonistic. It’s to have fun. In the end, it’s not the guy with the shiniest toys or most linear graphs who wins. It’s he who gets the most enjoyment from his gear (and hopes you do likewise with yours)… 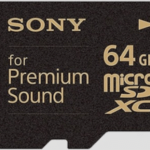 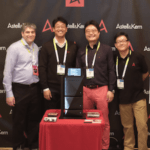