Total harmonic distortion. Broken down, that measurement shows a distribution of distortion artifacts across the 2nd to 10th or higher harmonic. It occurred to me that an equivalent form of THD exists for hifi publishing. Unravelling it gets us across many perfectly obvious items. Still, it seems instructive to cover them.

Over time, most magazines develop what might be called house brands. By that I mean brands which they cover more often than others. Sometimes the origin for that was having been first to put a brand on the map. Its owner remembers and subsequently makes new models available to first that writer or publication. There’s a prior understanding of and sympathy with design goals and philosophy. There’s a proven hardware context and room which plays to it. There’s even a sense of loyalty or gratitude.

The Audio Beat are very fond of Wilson Audio speakers, Audio Research Corp. and Lamm electronics. UltraAudio and SoundStage! love Rockport and Magico speakers but dislike Wilson. With such established patterns, you’d not expect Wilson to approach the latter, Magico the former. At 6moons, we’ve reviewed a lot of Esoteric, Gallo, Red Wine Audio and Zu for just a few examples. On a different note, I’ve been outspokenly against WiFi upon which most audiophile servers rely. That eliminates me from that category. 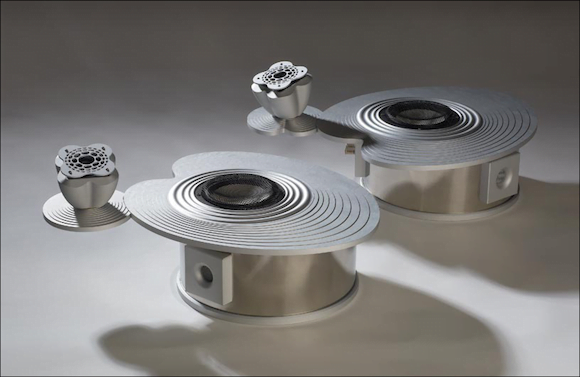 Sometimes a brand’s high visibility in a particular mag might be the result of nothing but responsiveness. Where other brands might always be months late delivering and play it from taciturn to entirely unresponsive with their communications, others do what they say when they said they would, ship the very same day and have answers in a fortnight. It’s basic as hell. Yet as in any business with deadlines and schedules, basic can make all the difference.

When a company develops into a magazine’s quasi house brand, other publications may stay away to reduce over-exposure. With a constant tide of new models and brands, the news aspect of hifi reportage also considers the breaking of a story versus being fifth to cover it.

When it comes to launching a brand, its designer is naturally interested in making the biggest splash. A magazine with a big readership and willingness to go beyond basic tech and sound talk into a more comprehensive exposé will most benefit such a company’s maiden review. That this can put smaller newer publications on the backburner is common sense. There is a form of food chain in place.

When many reviewers write for free or for very marginal compensation, other forms of motivation arise. This can include personal curiosity which turns an assignment into a private preview for a potential acquisition. It includes having developed relationships which transcend dealing with anonymous entities and ease access. Getting involved and personal is perfectly human especially in any gig based on enthusiasm. Another operative element particularly for pro-bono writers is respect and gratitude. When a writer, on their own nickel and dime, covers for instance a show and gets a heartfelt thank-you from one firm, a nasty complaint from another and absolutely nada from the vast majority, it’s only common sense that such responses would create their own selection process.

Most all audio writers use their home to conduct reviews. When manufacturers are excessively late about retrieving review loaners, homes turn into unwitting warehouses. That type of inconsiderate behaviour can quickly sour a writer to work with that brand in the future.

Some writers love to specialize, be it in particular hardware, design parameters or sonic flavours. Doug Blackburn for example was known to only really get it on with 1st-order speakers. His editors knew that and were careful not to send him other types of speakers. Such specialization impacts variety. What’s more, all writers are impacted by the rooms at their disposal. If it involves staircases, narrow doors and suspended floors, they’re also limited by size and weight. 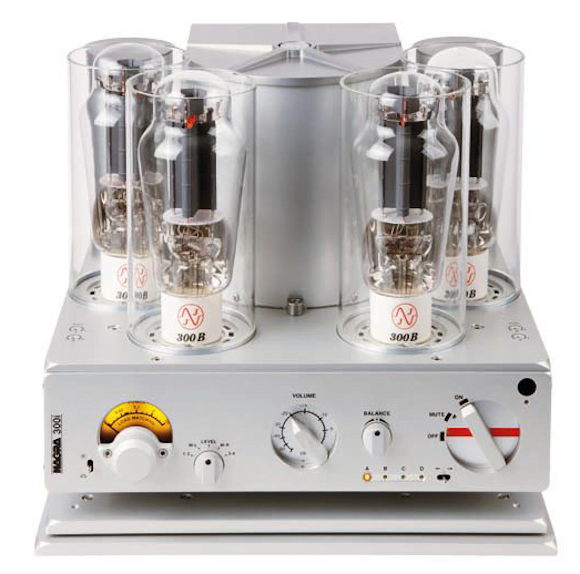 Cost becomes selective. Writers like Jonathan Valin love to review super-expensive stuff and specialize in it. Reviewers like Sam Tellig enjoy the opposite and prefer playing there. Everyone has a personal comfort level and different notions on what’s value. Some are very open to inexplicable tweaks. Others shun them like the plague; or only touch them with a 10-foot pole after colleagues have worn down initial perception issues with their own reviews.

New publications entering the sector must distinguish themselves and offer something different and unique. Often this involves a clear assessment of what their market/language offers and which holes and opportunities are left. A decade ago, no magazine would have survived specializing in headphones. Today there’s room for a variety of them.

When I launched 6moons in the US, the mainstream brands were already very well covered by The Abso!ute Sound, Stereophile and SoundStage!. This caused a natural migration to lesser-known or newer brands. Over time it became part of our identity.

Some magazines have minimum dealer policies in place. That becomes a filter to emerging companies which, obviously, start with zero dealers but believe that to get any requires prior reviews. For manufacturers, the reviewing game is risky and intertwined with sales. The most professional ones do in-depth diligence to minimize their risks. They become very selective about who gets what. They track a magazine’s philosophy and bias, whether they’re measurement-centric or purely subjective, whether they’ve loved or hated similar product in the past, whether the writer they’re assigned to has suitable ancillaries and experience. 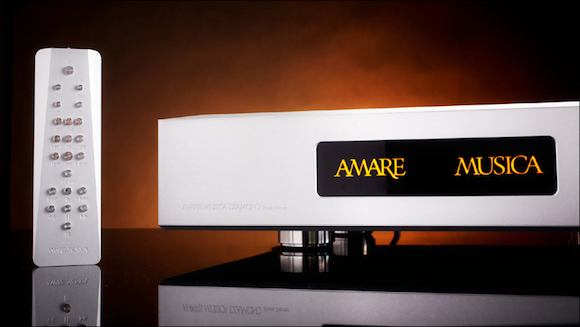 Some assignments start with a show exhibit. There’s a personal meeting. The manufacturer gets to see a writer’s spontaneous response. He observes genuine enthusiasm and how this person ‘gets’ it. Should the same maker get an email review inquiry the week after, from a writer he’s never met, we can predict who gets the nod.

The location of a magazine’s headquarters can influence their product mix. Being located in Canada, it only makes sense that Doug Schneider’s SoundStage! Network would pay attention to domestic brands like API, Axiom, Bryston, NAD, Paradigm and PSB. 6moons is currently based out of Switzerland. It’s natural for me cover smaller domestic brands like Boenicke, Colotube, Job Sys. and Soundkaos. DAR’s out-of-the-way location in Australia limits access to foreign brands and creates serious two-way ship costs for products not currently in the country.

Some high-profile writers only publish one review per issue. One would expect such a schedule to be a stronger filter on what to cover and what to pass on than a colleague who writes four or six reviews a month. Veteran reviewers are likely to be more deeply invested into their hardware than newbies. A direct consequence of that can be that they no longer cover budget components. They no longer own ancillaries which make any sense. 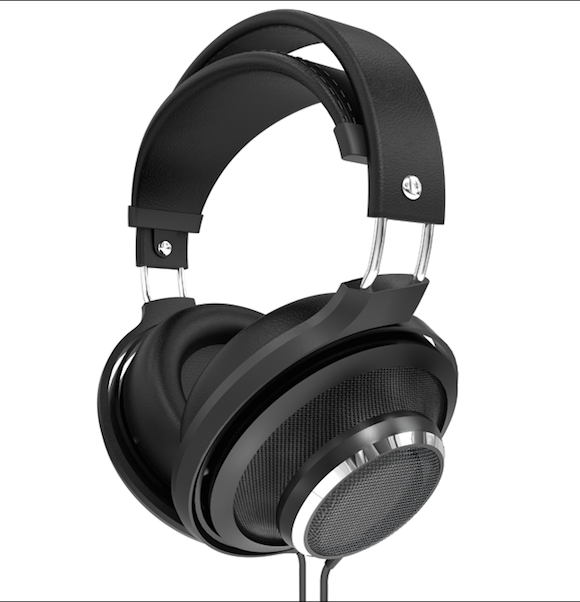 The ad or presentational campaigns of brands can become filters. If you read of claims that X makes everything that came before sound broken, you might pass just because it’s a tasteless low-hanging tactic. Owner participation in blogs and forums can become another filter. If you see a designer act disrespectful of competitors or engage in questionable tactics to further their own agenda, the bad taste in your mouth won’t have anything to do with their actual product. Yet when the time comes to decide what to pursue or accept for review, it might eliminate that brand from consideration.

The same goes for reviewers. Their conduct on forums, “going off their meds”, their replies to reader inquiries and such become part of the general evidence on their head space and character. When a manufacturer has free choice on which publication or writer to work with, such evidence could become a deal breaker.

From an idealized perspective, these reasons, mechanisms and influences are all a form of harmonic distortion. If it were purely about serving the reader with the most varied content and nothing else, none of it ought to matter. But human beings are involved and much of this gig is fuelled by pure enthusiasm. Now all of it factors. Even so it doesn’t turn THD into some obscure The Hidden Dimension. It’s all common sense, perfectly obvious stuff and as such, out in the open the moment you give it some thought.

You can read more in Srajan’s KIH (Keep It Honest) series for DAR by clicking here. 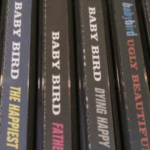 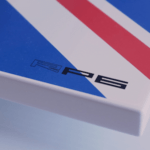