I first caught Audeze’s soon-to-be-released EL-8 headphones at CES in January. Not once but twice: first at their own booth in the exhibition hall where both open- and closed-back models could be found being driven by Pono Players; and then later in the Chord Electronics room where the Hugo TT showed just how much better the (open-backed) EL-8 sounded with more powerful amplification. I left Las Vegas impressed by the EL-8 both aesthetically and sonically whilst remaining unconvinced of its ability to partner well with a standalone DAP. A surfeit of go juice is a common problem for DAP owners trying to run with high-end ‘phones – it’s why many choose to slave their Astell&Kern or Sony Walkman to a third party amplifier – a practice that I’d liken to employing a house cleaner only to retain the services of a second cleaner to take care of the spots missed by the first.

One open-backed pair of pre-production EL-8 units from Audeze’s Las Vegas exhibit has since journeyed to Australia. They couldn’t make the final hop to Darko HQ in Sydney for formal review because their voicing isn’t yet final (but I have it on good authority that it’s close). Instead, I journeyed to local distributor Addicted To Audio in Melbourne for two reasons: 1) that’s where the EL-8 currently reside and 2) the A2A store offers the largest range of headphones in the country by a country mile. The latter is crucial in making the all-important comparisons possible, albeit more informally. Please don’t read what follows as a formal review. It isn’t.

I could rave on forever about how much I dig these new Audeze (or not) but without describing the EL-8’s sound both in isolation and compared to similarly priced rivals, I wouldn’t be providing you the reader with any insight. Insight, friends, is crucial. My job as a reviewer is to tell you something (hopefully) hitherto unreported.

Aesthetic appeal falls to personal preference but Audeze’s collaboration with BMWDesignWorks USA on the EL-8’s look and feel really sets them apart from the Oppo and Sennheiser. I’m a fan of clean lines and minimalist styling so the Audeze win out here for me by a substantial margin.

Audeze’s patented Fluxor magnets, introduced in the LCD range, have seen some clever engineering adjustments for deployment in the EL-8. Here they are magnetised diagonally (instead of vertically) for twice the flux density on one side. This means fewer magnets are required to ‘drive’ each diaphragm. You can learn more on this tech over at Tyll Hertsen’s always-excellent Inner Fidelity. The upshot for the end user? Lighter Audezes – news that will no doubt be well received by those who had previously held out over weight concerns with the LCD range. Some folk find heavy headphones fatiguing during longer listening sessions.

Despite being lighter than any of the LCD models, the EL-8 remain the heaviest of the three under consideration here. Clamping force to the head is firm but not overbearing and is probably closest to a brand new pair of HD650 (which tend to ease off over time). The EL-8 probably feel tighter because of their heavier earcups. If you want the most comfortable on-head experience, go the Oppo.

The other attractive feature of the EL-8 is price. In this land of sharks and snakes, they will sell for AU$400 less than the LCD-2. Dipping a single dollar below the thousand-dollar threshold will be a tipping point for some. Whether or local pricing holds fast to AU$999 will largely depend on the Australian dollar’s future performance against the Greenback. Its been on a steady slide for the last twelve months. Good news for exports, bad news for imported goods. 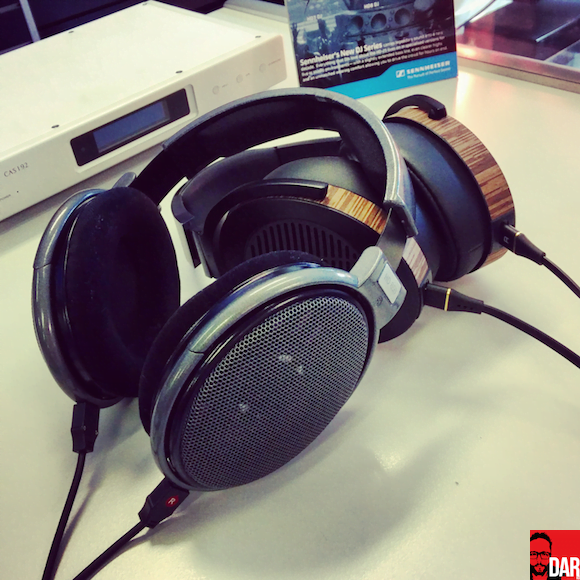 Think you can grey import a pair of entry-level Audezes for less? At time of writing AU$1 buys US$0.78 which sees the local EL-8 price convert to US$778. Given that the EL-8’s Stateside price is set at US$699 and that shipping will run you at least US$50, there seems to be little financial advantage in foregoing local warranty coverage.

Right then – onto listening. I went with a Pono Music Store-sourced hi-res version of Neil Young & Crazy Horse’s Live Rust and Acidwolf’s Legacy 1995–2005. The latter proved the EL-8 to be an electronic music fan’s dream, with which their laser-guided detail delivery really shines through. The EL-8 sound is the epitome of clean and neutral.

The EL-8 doesn’t sound warm or cuddly and it isn’t kind to poor source material (as I found out with a quick dose of The House of Love). The junior Audeze’s sound is anything but – it’s big, bombastic and hits you right between the eyes. I’d peg the Sennheiser HD650 as a few degrees warmer than their American rival. The German’s softer image focus with minutiae lent Neil Young’s soaring “Like a Hurricane” a dope-haze vibe that’s both more relaxed and less urgent than when heard via the Audeze. In many respects, these two headphones could not be more dissimilar.

Going DAP direct with each, the Sennheiser win out by a nose, largely due to the Sony ZX-1’s treble cayenne being better suited to penetrating the more humid air of the HD650. That said, I wouldn’t pair either with the Japanese portable in the long term. Both the HD650 and EL-8 demand more grunt than the ZX-1 offers. The PonoPlayer’s balanced output offers some promise in this regard but remains untested at time of writing.

On DAP-deployment alone, the more efficient and lower impedance Oppo PM-2 is the clear winner here. PM-2 owners don’t get the benefit of the PM-1’s (optional) revised earpads that increase treble response. No mind – the Sony takes care of that all by itself. 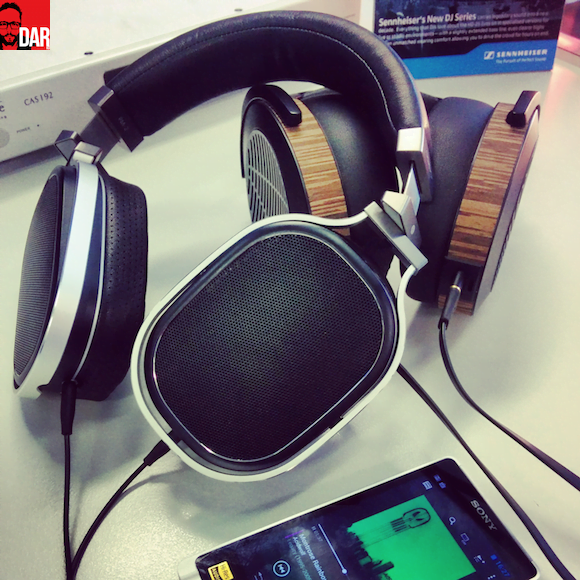 Back with the Marantz on headphone amplifier duties the PM-2 vs EL-8 was a much closer call. The Oppo offered superior definition with the lowest bass notes whilst the Audeze countered with a more extended top end. In this respect, the Oppo proved to be the more forgiving of the two.

With a recent email from Ayre Acoustics’ Charlie Hansen raving about the Shure SRH1840, I called a pair down from A2A’s bountiful wall. They sounded drier and brighter than the three models already in play. Nein danke.

This is far from a definitive take on the EL-8’s sound for which we eagerly await the final production version. What this commentary lacks in depth is made up for by the ease of which breath is added. I don’t have every headphone available to me all of the time in Sydney so visiting a store like Melbourne’s A2A allows for easy side-by-side comparisons, in many ways mirroring the in-store audition process conducted by the average consumer. What is obvious is the EL-8’s far sharper value proposition than the more expensive LCD-2/3/X/XC.

A report on the open-backed Audeze EL-8’s sound and how it compares to rival models isn’t specific to Australia. The readership relevance is global and thus this commentary sees publication on the main DAR site. For those curious about hifi happenings down under, a DAR Australia subdomain is slowly creaking into life here. Its associated Facebook group convenes here.