NW = New Walkman. Sony’s NWZ-ZX1 was a big hit on DAR in 2014, not least because it was one of the very few digital audio players to run native Android, allowing for direct access to the Google Play Store and its associated apps. Listeners don’t have to wait for Sony’s software developers to code a custom Tidal or Spotify app to get up and running with cloud streaming.

The NWZ-ZX1 also plays hi-res audio but even with Redbook source material  it couldn’t quite match the sound quality of rivals like the Astell&Kern AK120 II or, especially, the PonoPlayer.

Odd then that the NWZ-ZX1 didn’t officially make it to US markets. It was sold on Amazon.com but Sony USA weren’t the suppliers; they chose to focus on the cheaper, non-cloud-connected NWZ-A17 (US$299). I snagged an NWZ-ZX1 down under for AU$699 last September. 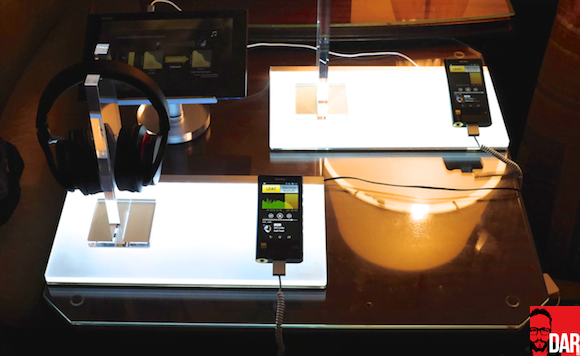 Pitting the NWZ-ZX1 paper-wise against the NWZ-ZX2 successor being unveiled by Sony USA in the Venetian Hotel at CES 2015, it now looks like even more of a bargain. Why? The NWZ-ZX2 Walkman will sell Stateside for a heavy US$1199.

What do you get for your extra five hundred clams? In short, not huge amount. Sony have dispensed with the shiny finish of the NWZ-ZX1 and wrapped its successor with Batman-black aluminium. Power, playback and volume control buttons remain located along the right-hand edge of the NWZ-ZX2 but you’ll notice that both edges are now nicely curved.

The NW-ZX2 also feels quite a bit heavier in the hand than the NWZ-ZX1. It looks like Sony has beefed up the battery supply – they’re promising a whopping 60 hours between charges. That’s quite a leap from the typical 6-8 hours that I currently see from the NWZ-ZX1.

The new Walkman also addresses the biggest complaint leveled at the NWZ-ZX1: a lack of expandable storage. If the internal 128Gb is insufficient for you needs a microSD card slot now features on the bottom of the NWZ-ZX2.

Sony’s broader PR machine could be heard loading the conversation with talk of “premium listening experience” and “as the artist intended” but Sony USA representative Daniel Vincent was a little hazy on the specifics of what had and hadn’t been improved inside the new model; the focus in their demo space was very much on the NWZ-ZX2’s Bluetooth streaming quality. 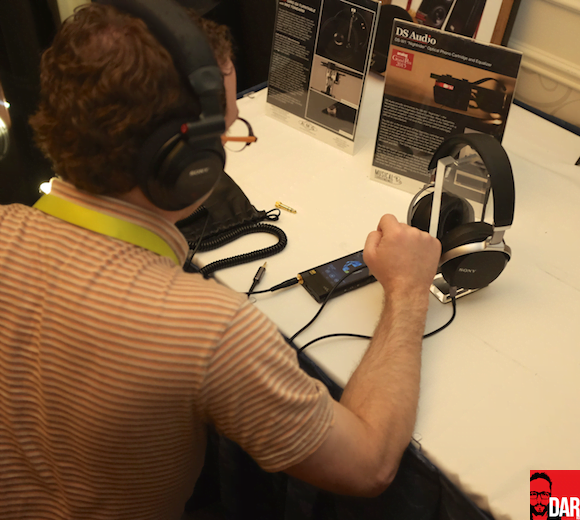 If you use Bluetooth headphones you might appreciate Sony’s new LDAC codec that promises “3x the bandwidth of standard Bluetooth”. Nothing to see here for listeners who don’t think Bluetooth cuts it sound wise or prefer to direct-wire their cans.

My advice? If you’re happy with your NWZ-ZX1 Walkman, stick with it. There appears to be few compelling reasons to upgrade to the new kid on the block. Moreover, the NWZ-ZX2’s pricing sees it scream past the Astell&Kern AK100 II (US$899). Perhaps that’s Sony’s intent: to tackle the South Korean DAP conversation leader head on? Success here will largely depend on how much buyers associate a higher price with a better product.

Unless the Tokyo engineers have somehow ramped up the sound quality of the NWZ-ZX2 over and above its forerunner, the Astell&Kern unit will still win out.

So – if you really want a cloud-connected DAP, search out the NWZ-ZX1 whilst stocks last – if only because its bang-for-buck is plainly higher than the newer NWZ-ZX2. If your priority is for the most refined sonic presentation, Neil Young’s PonoPlayer and the AK100 II are still the players to beat.