I feel somewhat conflicted about Pono. Neil Young’s aspirations for mainstream take-up of both his hardware device and hi-res audio downloads appear woefully wide of the mark. His insistence on kicking Redbook audio like an old dog only intensifies my distaste for the broader Pono campaign. Why not present CD-quality as ‘good’ and HRA as ‘better’? A more reasonable goal might be to convince listeners to give up lossy encoding at home, especially as their archive format of choice. Tidal and Qobuz are leading the charge with lossless provision in the streaming space.

And then comes the issue that the majority of music offered in Young’s PonoMusic Store is 16bit/44.1kHz. Irony much? Y’see Neil, Redbook serves most of us just fine. And that’s before we even get into the tussle over mastering techniques – a battle for another day.

However, what I thoroughly dig about Pono is the player itself. Despite its unconventional shape and lack of cloud-connectivity it sounds mighty fine. Ayre Acoustics are the engineering team behind the hardware and ever since my review dropped into the lap of Christmas 2014, I have exchanged several emails with Ayre Acoustics’ President Charlie Hansen, throughout which Hansen urged me to listen to the PonoPlayer in its balanced output configuration. Both 3.5mm headphone sockets can be dropped into balanced mode with a single click in the software settings. 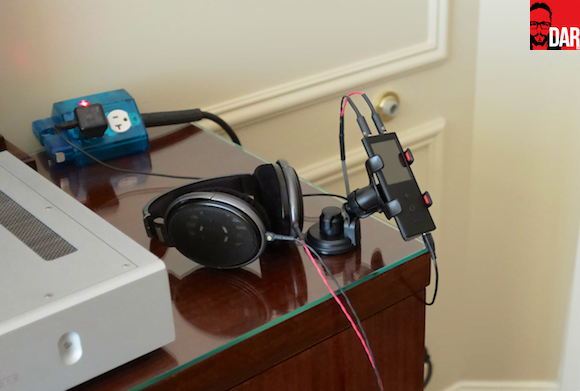 An opportunity to play balanced ball arrived not a week later at Ayre Acoustics large suite on the 35th floor of the Venetian Hotel at CES 2015. Hansen wasn’t present but fellow company-man Ariel Brown was present to answer questions. Headphones in use were Sennheiser’s best all-rounder, the HD650, and once a single-ended Cardas cable was swapped out for its balanced sibling, the end result was markedly better: more life and vitality stepped up to the plate. Music presented as more energised. It was downright more engaging. Wowsers.

I’ll be investigating the balanced output of the PonoPlayer further just as soon as AudioQuest’s Nighthawk headphones land at my door with accompanying balanced wire.

However, Pono isn’t really the focus of this post. It’s the back-story. Ayre Acoustics is bringing their own ‘entry-level’ headphone amplifier, digital-pre-amplifier and DAC to market. It’s called the Codex 1 and has been designed by Hansen and Brown.

Digital inputs are, interestingly, restricted to USB and toslink. The latter is a smart move. If they have a digital output at all, the majority of TVs, gaming consoles, Apple TVs etc. fire ones and zeroes over optical. Doom and woe to any manufacturer attempting to pitch a product to the more mainstream listener that omits toslink.

Also on the back panel are balanced XLR and single-ended RCA analogue outputs. On the front, we return to where we came in. A quarter inch headphone socket. Standard, right? What isn’t so standard is a pair of 3.5mm sockets – that’s the PonoPlayer echoing loud down the hall. These twin sockets can be run single-ended, balanced or as dual outputs into two different pairs of headphones. That’s a real boon for reviewers looking to get the A/B contrast on cans.

Apparently the faceplate you see in the photos is a prototype design but I see little to complain about, particularly in the context of the asking price, which is likely to be in the region of US$1500. That’s still to be TBC though. 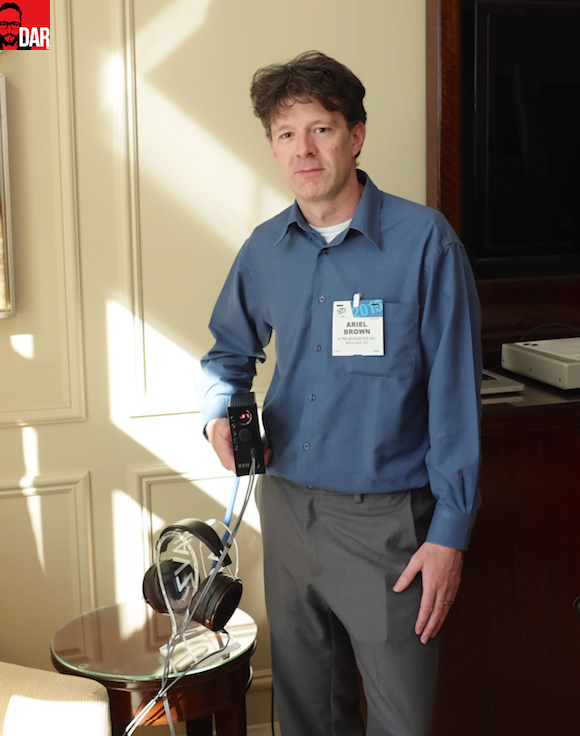 Brown is excited that this is Ayre Acoustic’s least expensive but most fully featured product. It can run as a standalone DAC with the volume control set to maximum and is (reportedly) “within a whisker of the QB-9”. Them’s big words, Mr Brown. That said, with the Codex 1 driving a pair of Audeze LCD-3 in balanced mode – again with Cardas wire – I sat through an entire Smashing Pumpkins song without wincing once…and that never happens. In that sense, I guess these Boulder ballers are onto something good.

Brown says Ayre are “going for the jugular” and are “looking to tap the emotion in playback” with the Codex 1 with which the company’s intent with is to hook ‘em while they’re young(ish) and ultimately net lifers. 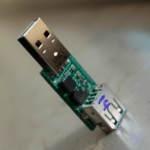 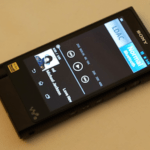