Stepping out at this year’s CanJam (at RMAF), the Fulla DAC joins a long line of dongle/dingus/doobrie DACs, a sub-species of miniature D/A converters kicked into existence by the AudioQuest Dragonfly (which first made landfall in 2012).

The Fulla is made wholly in the USA from aluminium and steel, requires no drivers on ANY computer and is capable of decoding up to 24bit/96kHz PCM streams. DSD? I dare you to ask Schiit’s digital guru Mike Moffat about that.

1) Price. At US$79, it’s the cheapest DAC of its kind to come to market, almost halving the previously lowest US$149 entry fee of the Dragonfly v1.2 (reviewed here). Adding context, the HRT microStreamer (reviewed here) and Audioengine D3 come in at US$169 and US$149 respectively. 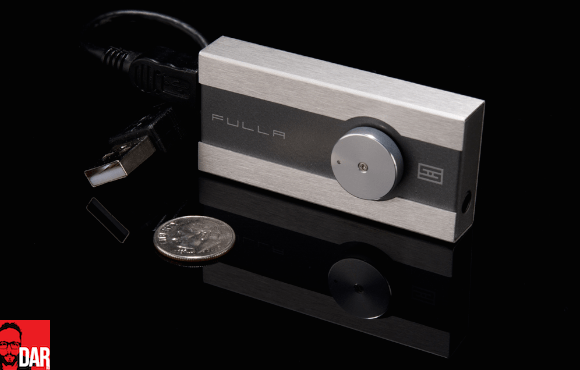 2) An analogue volume pot. That might seem a minor advantage on the face of it but consider office use where a quick turn to zero enables instant communication with a colleague – no more fumbling for fiddly buttons on your keyboard (hello AudioQuest Dragonfly, hello HRT microStreamer) or on the device itself (hello LH Labs Geek Out).

Furthermore – and this is the real Brucey Bonus – Schiit’s dongle DAC is reportedly fully compatible with iOS- and Android-powered smartphones. With its rotary in charge of attenuation the Fulla sidesteps one of the bigger concerns when relying on operating software-driven volume controls: that a careless in-app nudge might push volume to 100% and blast your eardrums into oblivion.

This happened to yours truly once when offloading attenuation to the Android-based USB Recorder Pro app on a Google Nexus 5 / Resonessence Labs Herus pairing (see here).

Price is also the reason you won’t see a review of the Fulla on these pages down the line. It’s cheap enough for most curious folk to take a blind punt. And let’s face it, this piece of Schiit will sound anything but, easily besting the sound quality of the headphone output found on your average laptop. 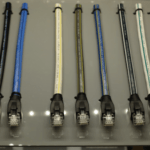 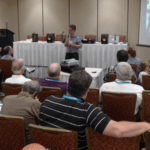