In his piece entitled “How not to get women interested in audio”, author Marc Phillips’ starter for ten was “Do women like hi-fi?” A question he swiftly rebuts with the suggestion that we should “Stop worrying about this crap”. A little context here: Phllips is the long-term partner of Colleen Cardas, one of the most prominent women in the Stateside audio scene. He reasons that just as headphones brought the youth back to the audio scene, the market will also resolve gender issues of its own accord and that endlessly debating the matter on (male-dominated) message boards is a waste of time; to his credit Phillips suggests that the best way to engage women is to actually talk to them. Indeed.

The first is obvious: WAF (‘Wife Acceptance Factor’). The insinuation that a woman’s only role in the acquisition of audio gear is to be accepting of its aesthetics and/or physical intrusion is redolent of a boys’ club mentality.

The second? “The inside joke, of course, is that both Mal and I have women who are active audiophiles…” ‘Have’? I’m sure Phillips didn’t intend to suggest that he owns his partner Colleen Cardas but nevertheless the use of a possessive verb is worrying.

It’s linguistic trip-ups like this that insidiously contribute to the problem: that audio is a male-dominated pursuit.

Thankfully, Mal Kenney’s wife Kirsten Brodbeck-Kenney was quick on the draw with a follow-up post on why the term ‘WAF’ is such patronizing piffle.

In the space of two days we’d gone from no posts to three on gender issues in audio.

Rather than responding with my own thoughts and thus falling into the trap (alluded to by Phillips) of men debating women, I forwarded all three articles to ‘professional feminist’ friend Yolanda Beattie.

Beattie is the Public Affairs Executive Manager at the Australian Government’s Workplace Gender Equality Agency. She responded with the following:

“The missing question here is “Why does gender diversity matter?” This discourse might consider interrogating why the industry would benefit from a larger number of active female enthusiasts.”

“If the industry is shaped by a very specific demographic – middle-aged men with enough money to spend on gear – then it is necessarily only going to have a very limited perspective. Women and men do bring different ideas to the same challenges and opportunities. Encouraging female participation will open up debate and conversation, and ultimately innovation, especially in terms of product design.”

“Encouraging greater female involvement in the hobby will also likely lead to growth in the market overall. (Dorgay made that point well). An industry that excludes half of the population will certainly limit its growth potential. If you want to be part of a thriving, dynamic, growing industry then making yourself relevant to men and women is a pre-requisite.”

“If we assume those reasons are sufficiently compelling, the next question is: why aren’t women attracted to hi-fi?”

“Most of the three articles answered that question well. The key point is there is no silver bullet solution. Gender segregation starts from birth; just look at the toys girls and boys have to choose from. I’m sure it has been a while since you strolled down the toys section at Kmart but let me tell you it’s depressing. Girls Lego is almost always pink and princessy and boys Lego is almost always fighter jets, transformers etc. There are very few gender-neutral options. We’re telling kids from a young age that construction is for boys and looking pretty is for girls.”

“Those views see mass media reinforcement over time and when we grow up and hopefully get to the point where we can shake off those socially constructed expectations of what girls and boys should do, we find male-dominated or female-dominated clubs have formed that exclude the other gender (intentionally or not). Hi-fi is a case in point.”

“What’s really interesting is why do some men in hi-fi not want their hobby of choice to be female friendly? Why do they wish to protect their pursuit from female infiltration? What are they afraid to lose? I would suggest any demographic that can dominate an idea, industry, organisation etc. enjoys some power or privilege simply because they belong to that demographic, not because they necessarily have innate talent and ability over the minority demographic.”

“Language and imagery are the primary means by which we send and receive signals about who belongs, what’s important and what’s valued. Terms like ‘Wife Acceptance Factor’ and ‘no girls allowed’ sends a clear signal that women have little credibility in hifi and that their voice and contribution is not valid or welcome. It’s exclusionary and derogatory.” 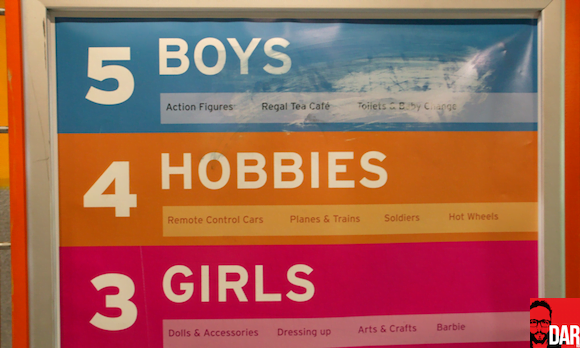 Public image is important. Appearing to be open to female participation counts just as much as actually being open. Dispensing with the patriarchal language – jokes or not – can change the hi-fi industry’s male-dominated image. To this end, why not put terms like ‘WAF’ and ‘man cave’ out to pasture? Perhaps we should stop referring to our significant others as ‘SWMBO’ (‘She who must be obeyed’).

Some readers might feel a twinge reading this, that it’s all a bit right on. And that’s OK. Chances are, you’re a middle-aged, middle-class male and you grew up with language like this. A result of your own social conditioning, you’ve probably used it for years as some form of light-hearted Dad joke.

But times are changing and we need to change with them. And that starts with the words that we use. If the conversation is female friendly, women will join in.

Of course, I can’t tell you what to do. You can continue with outmoded language as much as you please but don’t complain that your local audiophile society meet is always such a dude-fest if you’re still referring to your partner as ‘The minister for war and finance’.

Further reading over at the Steve Hoffman forum here. JL6161 – I salute thee.