A PaT on the back. Leading the portable player conversation in 2014 has undoubtedly been Astell&Kern. Every other operator in the DAP niche has found itself playing second fiddle to the second generation AK100 / AK120 and AK240. However, the biggest barrier to entry for the majority of enthusiasts following the chatter is price. Those Astell&Kern DAPs don’t come cheap. The top-flight AK240 sells for a cool US$2499. Youch.

Salting the wound is the issue of power. If you’re spending the best part of $2-3k on a portable the last thing you want to learn is that it won’t drive every headphone on the planet; but that’s the precisely the case with the Astell&Kern AK120 II (reviewed here), the Sony NWZ-ZX1 (reviewed here) and the Pono (review soon). There’s a reason the market-leading South Koreans exhibit their wares with the easy-driving Final Audio Design headphones at audio shows and are soon to re-brand a portable-friendly Beyerdynamic T5p headphone as the AKT5p.

Got thirster cans? You’ll probably need to reach for an outboard DAC/amplifier where your DAP is then demoted to transport-only duties. In the case of the South Korean units, that’s a lot of dough to drop on something that will only serve as storage device and playback selector. Moreover, once attached to hired help – like the Chord Hugo (reviewed here) – pocket-ability goes out of the window. Michael Goodman’s Glove A1 keeps the form factor small enough but the A1 can only lend additional grunt to first generation AK100 and AK120.

Then the question presents: with Chord Hugo (or similar) in tow why not ditch the dedicated DAP altogether and revert to one’s smartphone for storage and transport? Astell&Kern have been here before with their AK10 turn-wheel outboard DAC/amplifier (US$299). I reviewed it for TONEAudio before it was later rebranded as the Beyerdynamic A200p; both failed to gain the marketplace traction of their dedicated DAPs. Perhaps it was too big? At US$299, too expensive? FiiO have been making neat little attachments for iPhones for a good few years but they too remain very much a fringe concern.

Little wonder many listeners, myself included, have since taken to appending dongle DACs to our phones, the results have of which have been mixed. HRT microStreamer and Resonessence Labs Herus aside, most USB DACs require independent power intervention to talk turkey with Apple’s iDevices. Android compatibility is a bit of a lottery too: Samsung appear to slipstream USB audio drivers into their Galaxy range but Google’s Nexus 5 and 6 require the installation of Cyanogenmod (or similar) to get going on-the-go with USB audio attachments. 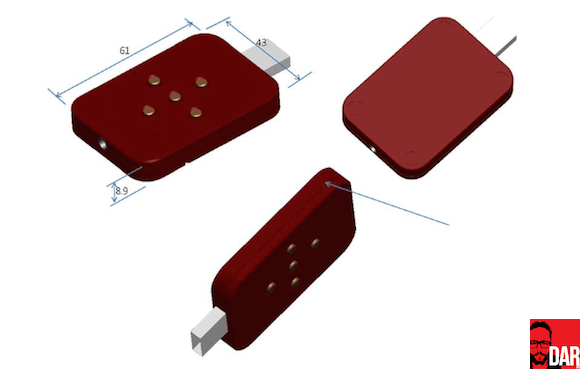 At the upcoming CES 2015 South Korea’s Calyx Audio will be introducing two new products that seek to better the D/A conversion and headphone amplification of your existing smartphone. Banks will not be broken.

First up, the Calyx F: a portable head-amp and DAC with 3100mA internal battery ensures its power self-sufficiency when decoding PCM up to 32bit/358kHz and quad-rate DSD. On board controls handle volume adjustment and track skipping with the latter being strictly iDevice-only. Hi-res audio playback will likely necessitate the use of an appropriately capable smartphone app: Onkyo HF Player (iOS) and USB Recorder Pro (Android). The F will sell for US$499.

At US$99, I suspect the Calyx PaT will make the bigger splash. Although hamstrung to 16bit/48kHz PCM decoding the headphone output stage is sure to best that of almost any smartphone on the market. That’s enough to good news to give Tidal and Spotify a solid kick in the pants. The absence of an internal battery sees the PaT draw down juice from the host smartphone but keeps its vital statistics more agreeable than big bro. The PaT measures 52mm x 26mm x 8.9mm whilst still sporting onboard volume and track skipping controls. This Facebook-hosted video shows the PaT in action with an iPad.

No word yet on whether Calyx will show prototypes or the real deal at CES – the press release arrived sans photos – but being able to super-charge one’s Android or iPhone for a mere US$99 is sure to make entry-levellers sit up and pay attention, particularly those who have already invested in a nice pair of headphones and are looking for the next step up the portable sound quality ladder. 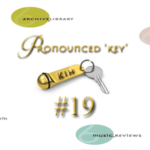 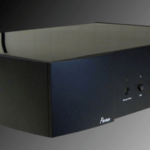