My home is girt by sea. I live in what many locals refer to as the lucky country. And there’s no denying it: Australia is a wonderful place to live. And it’s not all snakes, spiders and sharks. For the most part the climate is glorious – no need to don six coats before heading outside to grab a carton of milk from the corner store – and we seem to be better insulated than most countries from global economic disturbances.

The major downside is that this island is one heck of distance from the rest of the world. The numbers are mind-boggling. By air, it’s 12ish hours to Los Angeles and 9ish hours to Tokyo. Even New Zealand is a minimum of 3 hours away. Sydney is closer to Auckland than Perth.

One thing many an over-optimistic manufacturer fails to consider when trying to sell their wares into Australia is its comparatively small population. A huge landmass plays host to relatively few people. Latest figures peg the Aussie population at a mere 23.4m people. Compare that with the USA’s 319m for a fuller perspective.

Little wonder then that in the four years since starting DAR residents of the USA make up the majority of its readership. To think of a website as innately belonging to one country or another is plain silly. Yes, I live in Sydney but by its very nature, DAR as a web magazine has a global reach. Locally designed and manufactured products aside, Antipodean leanings have been held back to a minimum. 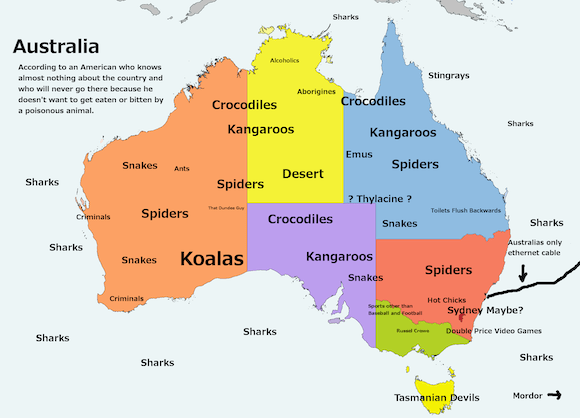 There’s a joke doing the rounds: Q. What’s the difference between the USA and Australia? A. About twenty years. Boom-tishhhh! Therein lies another fundamental reason why DAR’s Australian flavourings are mild. New models originating from overseas often take several months to arrive down under. By the time the local distributor is ready to announce their presence, the global news cycle has moved on. That’s not a criticism of Australian hi-fi distributors, merely an example of how the tyranny of distance can impact news coverage.

Then, last month came the following missive from US reader Josef K:

“What is wrong with NZ/AU audio products and manufacturing? NZ first, Perreaux begat Plinius, begat Pure Audio. All seem to be the original take off on Class “A”. The first 2 “P” products have been in the US for many years and not much changes except no one stocks them and the prices keep rising. From Plinius, a 10K integrated that does not seem to offer much and can be beaten by many products for much less that offer more!”

“The Pure Audio is a real joke. How do you enter a crowded marketplace with a pre and monoblocks for over 10K? How many do they expect to sell when a US company sells a good product for under 2K? Also in NZ/AU is there any interest in Green audio products for the future of this world?”

“In Australia, Burson looks very good but other Aussie goods like Redgum have come and gone in the US because there is no change in what they offer. Remember there are no more two-channel audio stores in most US cities and even when we had stores, Redgum looked weird compared to US or British competitors. I recently came across a 1980 Perreaux Pre. It works but I doubt that I would pay a huge increase in price for their current offerings. Please give me hope for the future of NZ/AU. John”

Strong words. I can’t really comment on New Zealand as my only regular manufacturer interaction across the ditch comes from Antipodes Audio. Josef K’s email begs the questions: 1) does the Australian audio scene have an image problem?; and 2) Could broader awareness be improved?

Regular readers here will be across Redgum’s fresh direction with crowd-funded Chinese-made models but regarding Burson, Josef K might have a point. Burson is a brand that garners considerable attention overseas but less so in their own backyard. Perhaps Burson’s attitude sees them playing purely to the population numbers? Hard to know for sure with the continued absence of street address or phone number on their website.

Minor niggles aside, there are some terrific audio-related happenings bubbling under in Australia right now. The once legendary Halcro brand has enjoyed recent resuscitation thanks to the South Australia’s Magenta Audio, local importers of Zu Audio, Metrum Acoustics and PS Audio. On the Gold Coast in Queensland, Mike Lenehan’s ML-1 standmount loudspeaker enjoys a fiercely loyal following. In Melbourne, Hugh Dean has been designing seriously good amplifier circuits for many years under the Aspen and Aksa banners. At the very bottom of the Mornington Peninsula, Earle Weston hand-makes some of Australia’s finest valve amplifiers.

What else? SGR Audio not only design and manufacture a formidable range of amplifiers and loudspeakers, they’ve recently acquired the Loudspeaker Kit brand whose LS4 MKII standmount is apparently an entry-level loudspeaker to be reckoned with.

As well as importing Consonance, Greg Osborn’s range of loudspeaker designs has kept him in business for almost three decades. Then there’s VAF in South Australia. Just down the road are Krix loudspeakers.

Several of the aforementioned Australian manufacturers keep their pricing competitive by foregoing dealer showrooms in favour of selling direct to the public. But that doesn’t mean local distributors and high street stores are dead and buried. Not by a long shot. These guys also help keep international products flowing into the country, promote brand awareness (with varying degrees of success) and provide local warranty support.

That said, it’s been almost twenty five years since the eighties waved goodbye. International brand distribution is no longer a game dominated by the big boys. Qualifi remains one of Australia’s largest importers of audio equipment; it channels the likes of Jamo, NAD, Denon, Marantz and Tannoy through an extensive high street dealer network.

Fresh competition continues to grow from distributors who favour home-based operations. With a lower cost base and the negation of dealer margins, pricing to consumers is usually lower than it would be when handled by one of the big boys. The downside? Unless you’re in the same state, a priori auditions are much harder to come by.

Sydney’s Krispy Audio imports VPI turntables and Manley Labs products into Australia. Mainman Cameron Pope then sells these products direct to buyers across the country with auditions taking place at his Berowra (NSW) home. It’s a similar story for Boenicke and Trafomatic Audio – each are handled by Audio Addiction whose proprietor Tony Schmidt also chooses to direct sell from his Gold Coast home.

My point? There’s a lot going on down here that might not be readily apparent to a global – or even local – audience and this article only scratches the surface.

It’s my intention to change that in 2015. Rather than drastically alter DAR’s largely geographical agnosticism, Australian coverage will enjoy its own corner of the Internet, starting with a DAR Australia Facebook page. ‘Like’ it to see one or two daily posts in your newsfeed. Everything will be presented in an Australian context.  a DAR Australia website is now live.

Feel free to make mention of your favourite Australian store, distributor or manufacturer in the comments section below.

UPDATE January 2016: DAR Australia has been closed due to readership indifference.

John is the editor of Darko.Audio, from whose ad revenues he derives an income. He is an occasional contributor to 6moons but has previously written pieces for TONEAudio, AudioStream and Stereophile.

For Music-First Audiophiles.
No DMs please.

"True wisdom is knowing what you don't know" -- Confucius pic.twitter.com/MgR7EQNAan

Can changing loudspeaker cables alter the sound of a hi-fi system?