Taranis (Celtic God of Thunder). That’s the name of Merrill Wettasinghe’s new, more affordable Hypex Ncore power amplifier. Wettasinghe’s goal? Audio purity. US$2500 brings home a stereo amplifier that punches 400wpc into 8 Ohms and 600wpc into 4 Ohms. Those are some big numbers for this price point.

But that’s not the only reason for props. The Taranis sees the same Hypex NCore technology found in the US$12K Merrill Veritas monoblocks. It would appear that the DIY community’s hitherto hold on affordability in this area of Class D amplification is slowing being eroded.

For those keeping tabs on commercial Hypex implementations these are not the NC400 used by NAD in their Master Series M22 but modules “based upon NC1200 technology” with which Merrill’s using only the output stage.

“This is not a publicly listed NCore Module and is just the output stage.”, he confirms by email.

On input staging, the Taranis goes fully custom: full differential, ultra-fast, 100k input impedance, 26db of gain and high current drive all conspire to give the end user “superb musical speed and detail” (according the the press bumf).

Despite piling pounds onto the shipping weight, Merrill’s opted for a steel chassis in order to ward off EMI/RFI evils. The face plate is described as “mirrored stainless steel”; it’s reflective enough for a quick check of the hair before heading out the door. 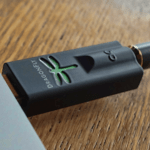 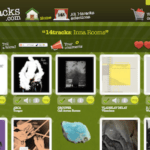