Stop me if you’ve heard this one before. There’s no getting around it: audio show organisers have their work cut out for them. Not only must they plan for and then execute the wishes of exhibitors, they must smooth the hotel’s elevator logjam during load-in and bump-out, staff the registration desk, direct attendees, plan and organise seminars, deal with (sometimes needy) journalists and, in the case of the UK’s Chester Group this September, appease members of the Jewish community for whom the first day of the New York Audio Show overlapped with Rosh Hashanah.

That Brooklyn-based event was the first of two Chester Group shows I attended this Autumn. On an unseasonably warm Sunday in New York, I sat on a panel with Art Dudley (Stereophile), Steve Guttenberg (Stereophile/CNET) and Scot Hull (Part-Time Audiophile). Esteemed company indeed. Hull chaired the conversation. The focus: “The 21st Century Audiophile”. What would he/she look like? What would be the defining trends of the next ten years? Will the vinyl renaissance continue into the next decade? Will Pono be the catalyst for a broader interest in hi-res audio.

Ringing like distant fire alarm throughout the hour’s discussion was the issue of affordability. Could we put a number on it? I’d given the nod to KEF’s superb X300A powered loudspeakers (US$599) as an appropriate entry point for the newcomer bewildered by boxes he or she might encounter in a local hifi emporium. Guttenberg jumped in to point out that to the 99% of people who don’t own a hifi and don’t go to audio shows, the KEFs would still be perceived as WAY too expensive. Guttenberg went on to say that even $300 is a lot of money for our younger entry-levellers. 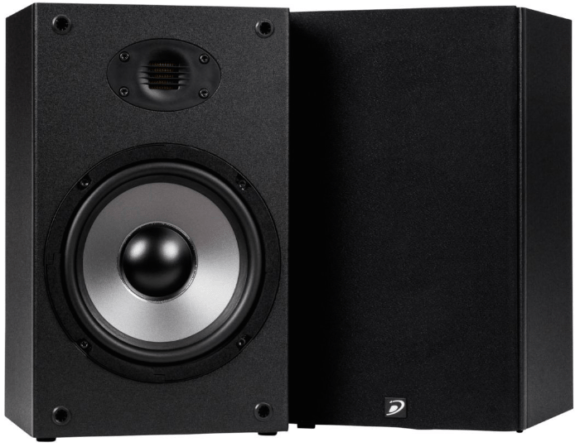 As an antidote the complaint, Guttenberg then detailed two components that would get one up and running with better sound for less than US$100.

First up – loudspeakers from little-known Dayton Audio who recently updated their B652 bookshelf to ‘Air’ status with an AMT ribbon tweeter. The B652 Air sell for US$60 over at Parts Express. (The original dome-tweeter B652 sells for US$42 at Amazon.com). Now we need an amplifier. Guttenberg suggested the Lepai LP-2020A+. It’s a 20wpc Tripath-based integrated that sells for – wait for it – US$20 on Amazon.com.

The total system cost for our bargain basement entry-leveller: US$80. That leaves $20 for speaker wire (plenty!) for which I’d recommend Blue Jeans cable if you were feeling flash and phone wire from your local Radio Shack if you weren’t. In an ironic twist, adding one of the cheapest USB DACs around – the Schiit Fulla (US$79) – doubles our total spend.

And yet we see very little gear that even approaches this level of affordability at audio shows. Vanatoo and Audioengine represented in New York; Audioengine showed up again at RMAF in Denver; Epoz and Cambridge Audio staked the affordable ground at the Australian Audio and AV Show in Melbourne. And yet this kind of affordability remained dwarfed by the sheer volume of mega-buck offerings at all three events.

With so much high-end wizardry on offer, how could we expect our curious first-time show attendee to locate hardware appropriate for his/her modest budget? “With difficulty”, screams the answer.

During RMAF’s opening night drinks in Denver two weeks later I made this very point to organiser Marjorie Baumert. That properly affordable gear is scarcely found at audio shows. Super-low priced components and their associated super-low margins no doubt keep the ROI of show exhibition on an impossibly short leash.

I made a similar point to Roy Bird, the Chester Group’s head honcho: if you want to attract the under 30s to your audio show(s) you have to show them something they can afford. You have to show them what’s possible with say $100, $300 and $500. Without exposure to gear that’s relevant to them (relevant = affordable) newcomers are unlikely to take the first steps on an audio journey.

“What can we do?”, asked Bird. I suggested the same idea that I proposed to Baumert: hold back three rooms from paying exhibitors and give them over to anyone willing to curate and run a room where the total system cost sits below US$500. Make it a competition if you like. See who can extract the best sound from a hotel room with half a grand at their disposal. One of these rooms could play host to the $100 system detailed by Steve Guttenberg.

Could partakers of this challenge better the sound available from the next step up? I’m picturing the NAD D 3020 (US$500, reviewed here) powering a pair of Pioneer BS-22-LR (reviewed here), standmounts designed by Andrew Jones of TAD that sell in Best Buy for US$129. A system that rolls a half-decent DAC, headphone amplification and Bluetooth streaming into the bargain – all up, we’re looking at a bill of around US$600. For the same money one could also snag a pair of the aforementioned X300A actives from KEF; their RRP has been lowered by US$200 to US$599. This system-in-a-box bargain is both time-limited and USA-only.

The warning signs at shows are found down every hallway: the 40+-yr-old-white-middle-class-male demographic, the tendency for many exhibitors to spin the same inoffensive tunes they’ve always spun, the multi-thousand dollar pricing. These are all the hallmarks of a journey’s end.

Lest you think my position anti-high-end, allow me to nip that thought in the bud. I’m not advocating that shows turn themselves over to a model adopted by consumer electronics events. The baby and the bathwater can remain. We simply need more starting points.

The chasm that exists between the 1% of the world who care about good sound and the 99% who don’t (so much) – it won’t narrow itself. If show organisers are serious about attracting a younger demographic to their events – and to the broader audiophile world – they need to show super-affordable hi-fi equipment. Judging by the long conversation I had with Roy Bird this week, he’s not blind to this need.

I’d also advocate the invitation of local record stores, microbreweries and coffee houses. Make it a festival of the senses (and not just sound). How about giving discounted entry to anyone who wears a band t-shirt? These are four minor suggestions for the touring arm of the audiophile world to dig itself out of the ghetto.

$100 systems – we need to talk about these more frequently. You, dear reader, are heartily encouraged to drop your 2 cents into the comments section below. Unless we pump up the volume on the affordability conversation as a community there won’t be any 21st Century audiophiles to talk about come the middle of this century.