Do you like to spin vinyl? Do you like the ‘sound’ of tubes? Do you like listening to vinyl via tubes? What about listening to headphones powered by tubes with a vinyl front end? Such category funneling isn’t steep enough to capture the essence of the latest product to come trotting out of Portland’s ALO Audio stable.

For those still reading, let’s back up a bit. 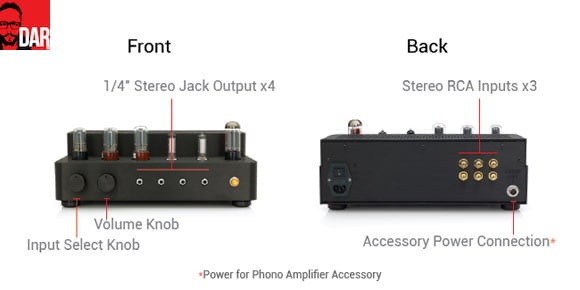 ALO Audio’s Studio Six headphone amplifier is an all tube affair that can drive four different pairs of headphones simultaneously. It’s not all show-pony parading though; the Studio Six is a statement solution that’d be an end game move for most. You can read my full review here.

Enter the Phono Stage – a self-describing product name if ever there was one – that doesn’t get its go juice from the wall.

Instead, the Phono Stage is umbilically linked to the Studio Six from which it draws power. The thinking behind this unusual move is that the clean, filtered power feed from the amplifier is likely to be less noisy than that coming from your wall socket. In keeping the electrical noise down at the start of the chain, less of those super-critical low-level signals become partially obscured by amplified noise by the time they hit your headphones.

Protruding from the top plate are a pair of 12AX7 and a single 6SN7. On the inside, three Class A stages pile on the gain without resorting to any circuit feedback loops but Denon DL-103R fans take note: the ALO Phono Stage will only play nice with MM and high output MC carts (1-10mV).

Like the partnering Studio Six, the Phono Stage is available in anodized silver or black finishes for US$1849. 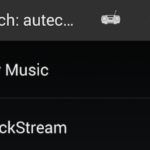 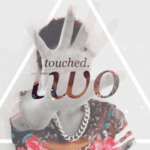