I often dream of trains. There’s an audiophile living in South Australia who reportedly owns a multi-thousand dollar system with which he listens to no music. None. Instead, his investment is dedicated to reproducing the sound of steam locomotives. Urban myth? Perhaps.

An example in the extreme, this guy can’t be alone in his enjoyment of sound for its own sake. Many an audiophile has succumbed to eventually letting the tail wag the dog: the hardware dictates what’s run through it. Some listeners prefer to bask in their system’s ability to reproduce low notes or its way with speaker-vanishing imaging than to rock out with air guitar to Kiss Alive. Horses for courses and all that.

If you get a kick out of showing off your hi-fi rig’s sonic prowess then have I got news for you.

Boomkat side-site 14tracks.com has been curating compilations of (mostly) electronic music on a semi-regular basis for some years now. That these compilations are still delivered as 320kbps MP3s championed as “DRM free” point to a late noughties inception. Their Twitter account might have sat dormant since June 2009 but still the themed compilations comprising (you guessed it) 14 tracks keep on comin’ ‘round the bend.

’14tracks – Inna Rooms’ draws on music “with a heightened feel for spatial qualities and dynamics.”

Grouper’s “All Across Rooms” imagines what the Northen Lights might actually sound like (should they make noise). There’s the drone of deep space mining, the crackle of fuel burn on a mission to Lars.

This is soundtrack music, the sound of decaying IT systems or your washing machine failing. Nearly all cuts are devoid of melody and/or pop song structure but you don’t play this because they’re tunes your postman might whistle, you do so because you wanna hear how low your speakers can go, how they track zippy stereo panning, whether the slew rate of your amplifier can give you dynamics that turn on a time. It’s even better behind a decent pair of headphones.

Against the backdrop of streaming subscription pricing, £6.86 (~US$14) for a collection of MP3s certainly looks steep. However, this is music from the margins that you might not find elsewhere, least of all on Spotify. Only the most frugal of listeners will spend time tracking each of these cuts down to compile an equivalent playlist.

Considerably more enjoyable the 4.43 from Paddington. 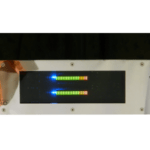 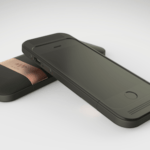