Mat Weisfeld of VPI Industries corners me in the Marriott Hotel bar the night before the New York Audio Show opens.

“Hey John! Guess what? We’re introducing our new amplifier at this show.”

Say whaaaat? I look into my beer as if to check for a spiked drink. Nope. All good. Were VPI, purveyors of hand-made turntables since forever, really about to drop an integrated amplifier into our laps?

With parts sourced from Asia and then assembled in their New Jersey factory, the hitherto unnamed tube integrated threatens to buck the “Made In America” pride upon which VPI has partly earned its formidable reputation. A bold move for sure. That it’s also a black sheep in their range I suggest “The VPI Outsider”.

Weisfeld Jnr’s eyes light up. “That’s it!” he says. 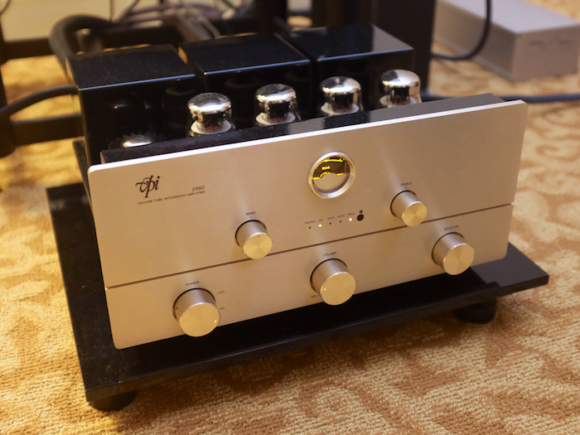 I make visiting the VPI room a priority for Friday morning – and sure enough sat on the floor betwixt the monolithic Tannoy GRF Memory is a beastly tube amplifier with a deceptively simple “VPI 299D” etched onto the front panel.

Alas, Harry Weisfeld isn’t keen on the Outsider monicker. Oh well. He intercedes with the back story.

Two years ago, he and VAS Audio mainman and VPI employee Stephen Leung acquired a Scott 299D via a state sale; an amplifier that apparently sold in excess of 100,000 units in the 1960s.

Hooking the 299D into the VPI factory test system Weisfeld Snr and Leung were bowled over by what they heard and so set to work on taking it apart to reverse engineer a new amplifier based upon the Scott’s circuit design. 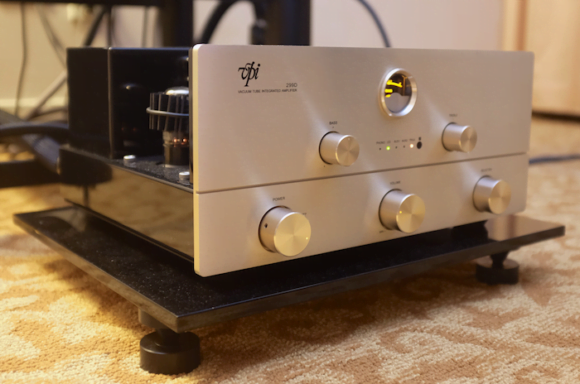 He’s not wrong. The front panel connotes classic Marantz about which Weisfeld Snr. says, “There’s no way we could make something with such a quality finish here in the USA without blowing the retail price (US$4000) through the roof so we’ve outsourced production of the chassis to China.”

Leung is louder and more overtly enthusiastic about his new co-creation. He informs us that the amplifier pushes 50 wpc into 8 Ohms and can accommodate KT88, 6L6 and EL34 tubes, each of which must be manually biased.

Then comes the feature that ties the turntable story together. The VPI ‘Outsider’/299D will sport an in-built MM/MC phono stage which will be good for cartridge outputs down to 0.8mV. A headphone output will also be added to production models when shipping begins just in time for Christmas/Hanukkah. Hopefully by then they’ll have settled on a name. 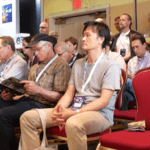 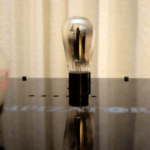