With a total of seven systems each seeing randomly-timed turns in the William Pitt room of the Intercontinental Rialto, the Synergy Audio room was warm. Really warm. Each time I stopped by it was pretty much full to capacity, thus giving lie to claims that this year’s Australian Audio and AV Show was a bust.

Perhaps such consistent traffic was the result of a similar number of attendees as 2013 (unconfirmed) chasing fewer exhibitors? Or perhaps Synergy’s show stomping could be attributed to their roster of brands. For starters they marshal Fine Sounds’ product line down under. That means Wadia, Audio Research, Sonus Faber and McIntosh, all of which are draw cards for the aspirational buyer. They’re not cheap but their collective reputation nearly always precedes them.

I couldn’t get near the McIntosh and Sonus Faber system until my third attempt during Sunday lunchtime, at which point room host Philip Sawyer graciously let me spin a cut from a vinyl copy of the new Caribou album (Our Love) snatched from JB Hifi not half an hour earlier. Few attendees could likely afford this system but it’s represents a taste of what’s possible from much longer green. Not only do you require suitcases of cash for the hardware itself but also living quarters with a room to do the whole shebang proper justice (which may or may not entail serious room treatment).

To its left a visually stunning Rega rig, a brand best known for its turntables and – to a lesser extent – electronics; although, their DAC and Brio-R integrated made serious waves at the entry-level not that long ago. Odd then that the newer, full-width Elicit-R integrated has registered barely a blip outside of the UK. Perhaps this is all a function of price? The lower the entry fee the keener the interest? Such logic might not be water tight but it’s certainly compelling. 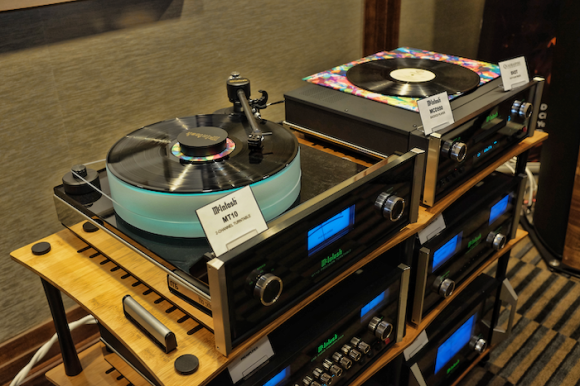 And yet, frustratingly there was very little affordable hifi on show in Melbourne. Ditto RMAF and New York Audio Show (also a Chester Group event). It’s common to hear pre-show talk from promoters promising appeal to a broader demographic and a determination to attract the next generation of audiophiles but of the three shows I attended last month, not one succeeded in this regard. The vast majority of attendees were white, middle-class males over 40. The vast majority of gear was anything but entry-level/affordable.

And we have to ask WHY?

I think it comes down to the nebulous interpretation of affordable. One man’s ceiling is another man’s floor. One might classify a $10K rig ‘affordable’. That $3K is ‘entry-level’. But put yourselves in the shoes of the average twenty-something graduate, only a few years into his or her first career and saddled with university debt. For these guys, even a grand is an enormous pile of money. Affordable for them is probably sub-$500, more likely sub-$300.

I’ve lost count of the times I’ve seen non-audiophile pals recoil in horror at paying $400 for a pair of headphones or $700 for loudspeakers; a reaction that’s far from atypical among the 99.9% of the population who don’t have an amplifier and loudspeakers in their lounge room and who perhaps listen to music through a Bluetooth speaker and the earbuds that shipped with their smartphone.

Representation of two-channel systems that’ll run you less than even $2000 at shows are as rare as hen’s teeth; an issue that warrants discussion in a separate post.

Synergy Audio rank as one of my AAAV ’14 highlights because they weren’t just pandering to the soft bellies of high-end purchasers. They appeared to be just as serious about affordable systems from Cambridge Audio (CA). With CA products now being sold in Myer and the like, it’s easy to see why CA apparently constitutes fifty percent of Synergy’s annual balance sheet.

Poulton tells me there’s less of a reliance on domestic (Richer Sounds) outlets now that Cambridge Audio is selling ever-increasing numbers to overseas markets. 60% of CA’s annual revenue is now derived from domestic sales, 40% from exports.

Whilst Julian Richer still maintains a 51% stakehold in the company his sole operational input is rumoured to be an annual meet-and-greet at CA’s offices.

Stepping away from the heat and sound of the Synergy room and into the hallway, I took fifteen minutes to chat with Chopper about CA’s business strategies. After all, here was a brand on which I cut my audiophile teeth during the early nineties — with a hundred quid or so to drop on an integrated amplifier, Richer Sounds was one this fella’s go to destination for maximizing bang for buck.

Subtle shifts in branding see CA more closely aligning their image with Britain’s potent musical heritage – note the Union Jack’s fresh presence on posters and packaging. This ain’t no facade: two of their software guys and the head of HR play in the company’s house band. Chopper tells me on more than occasion that he’s resolutely NOT an audiophile.

3-2-1-you’re-back-in-the-room. On top of shelving dedicated to Cambridge Audio’s entry-level offerings the G2 mini Bluetooth loudspeaker sat on static display. Hotel room listening aside, it’s not really my bag but we all have to start somewhere.

On the shelf below something a little more interesting: the One, an (err) all-in-one unit that sees Wolfson WM8728 D/A conversion and Class A/B amplification powered by an substantial toroidal transformer – no switching power here. That means juice aplenty for the Mini XL standmounts, which derive their technological smarts from Mordant Short — a brand acquired by Cambridge in order to develop their own range of loudspeakers.

On specs alone the One could rival the PS Audio Sprout. CA has included an all-important toslink digital input whilst opting for CD playback over phono staging. Both Sprout and One commit ~30wpc into 8 Ohms and both do Bluetooth streaming. I took the latter for a spin with an offline WiMP-d copy of Robyn Hitchcock’s cover the Psychedelic Furs’ “The Ghost In You” on my Samsung Galaxy S5 (“DarkoDroid”). With each of the more luxurious systems hushed the One powering Cambridge’s Minx XL combo held its own.

Check out the Cambridge Audio slick but informative web page about the One here. http://www.cambridgeaudio.com/products/hifi-and-home-cinema/one

At AU$899 for the entire package CA are moving I the right direction to minimise the wince factor amongst the 99.9%. Synergy deserves equally voluminous applause for treating this system as seriously as the higher end CA rigs in the diametrically opposite corner.

Chopper was keen to point out Cambridge’s long-term business stance: that if you can get ‘em in at the ground floor in their twenties then these customers are more likely to return in their thirties for higher end products as a greater percentage of their income becomes disposable. With three thousand ‘One’ units sold since the product’s May launch there exists proof in that pudding.

And we need more systems like this to attract younger folks to shows. Profit margins might not be as a great as the more deluxe gear but having proper budget offerings that sell for well below $1k serves the long-term health of the industry at large. 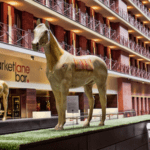 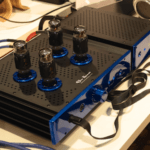