LH Labs like to do things differently. They were one of the first companies to bring the crowdfunding model to the audio hardware market with their GeekOut portable headphone amplifier/DAC and at the Marriott at Denver Tech Centre this year LH Labs’ room wasn’t open to the public. By appointment only, if your name wasn’t down you weren’t going in.

Inside, Larry Ho and Gavin Fish could be found videotaping visitors from the moment they set foot across the threshold until the moment they left. I express concerns about a reviewer appearing in an ad for a product but Fish re-assures me that the footage is for LH Labs’ eyes only to assist with product development. Uhuh.

Why the cloak and dagger? Three new products were being shown, two of which exist only in prototype form.

First up, a portable headphone amplifier and DAC for iOS and Android called Geek Stream which Ho sums up as a Geek Out powered by a 3100mAh battery for 12 hours playback time between charges. There’s no outer shell on the prototype, only naked boards covered with cardboard! Interestingly, the Geek Stream sports the same decoding engine and output stage that will ultimately make its way into LH Labs’ forthcoming Geek Wave digital audio player.

LH Labs seems aware of over-egging the pudding so there’ll be no Kickstarter or Indiegogo campaigning for Geek Stream. It will come straight to market through dealer networks. Ho also promises the Stream will be the final product in the Geek line.

LH Labs have teamed up with Tim Murison of BitPerfect to develop a ‘Bitperfect’ iOS app that dispenses with DoP and transmits DSD from iPhone to Geek Stream natively. No word yet on an Android version. 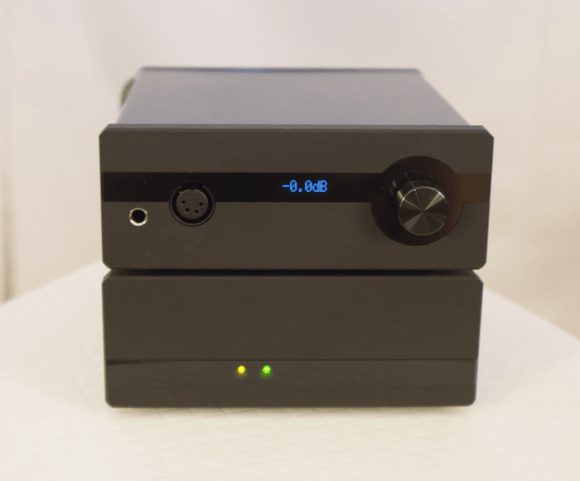 On a table between two Wilson loudspeakers sits the second new-ish product. The Geek Pulse appears almost ready to go into fully production with the early adoptors who backed it via last year’s Indiegogo campaign netting one sweet deal. And if you’re wondering (as I did) why it looks a little different to the one featured on the Indiegogo page, know that LH Labs also crowd-sourced the unit’s appearance throughout the campaign. The chassis is now slightly larger than the original concept design. This design evolution put a volume pot on the front panel.

In use on the day at RMAF is the XFi version of Geek Pulse that sports a dual mono design and a separate Femto clock for each sample rate family (44.1kHz and 48kHz). This fully-kitted out version will sell for US$3500 with the optional linear power supply setting you back a further US$900.

Ordinarily, the Geek Pulse plays as DAC with headphone output (1.5w single ended or 3w balanced) but in their secret squirrel room Ho and Fish have it rigged as a digital pre-amplifier to showcase their third and perhaps most exciting new product: the Geek Keep monoblocks.

Fish confesses to shooting for an amplifier design that won’t be shamed by a Nelson Pass amplifier of which he is a big fan. That means super-wide bandwidth – only 0.5db down at 80kHZ – and a Class A/B design that’s biased heavily into Class A. LH Labs are doing their darndest to keep heat output to a minimum. The prototypes here are housed in big old Krell cases. 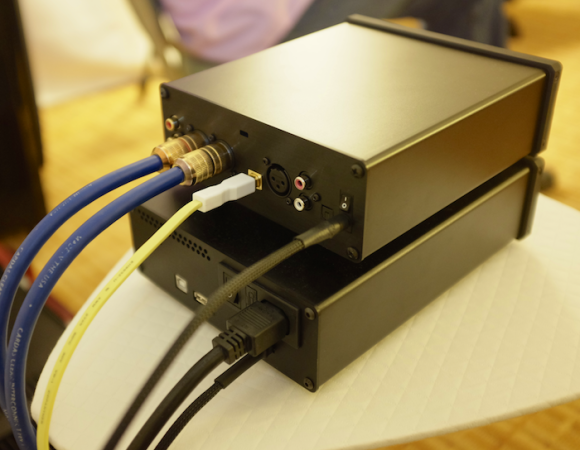 Fish plays three songs through the Pulse-Keep-Wilson system, each of which displays laser-guided precision with player placement. Imaging is exceptional, as is ambient information and top-to-bottom clarity.

Then comes the real reason for the video camera: Fish wants to record visitor reactions as he pulls back the lid on one of the monoblocks. Et voila! Inside there’s more air than board: a large toroidal, power supply board and output device board…and that’s your lot. Photos weren’t permitted but you could fold the entire circuit into a lunch box and still have room to spare. And that’s precisely LH Labs’ aim here – to produce a smaller monoblock that doesn’t dominate floor space but one that still competes with some of the high-enders. Definitely one to watch. 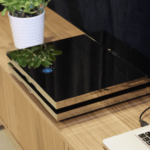 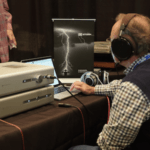