It ain’t the looks that matter; it’s what’s on the inside that counts. That’s what we’re told time and again. But in an age where Tinder has left the algorithm-driven partnering of online dating stalwarts match.com and eHarmony for dust in all but two years, isn’t it time we acknowledged that appearances matter considerably?

It’s the same with hi-fi. Beauty might be skin deep or it might go further but if the sonic goods aren’t wrapped in layer of attractiveness, few will notice. Just ask Peachtree Audio – their D/A converting integrateds don’t sell on audio smarts alone. The rounded corners and blue-glowing tubes make the introductions, the talk of Class D and ESS Sabre DACs come later. Look-see first, ask questions later.

We shop with our eyes almost as much as our ears. Amplifiers and DACs can be kept small and unobtrusive – and in the most demanding of cases, out of sight – but loudspeakers by their very nature must be visible. For those not fortunate enough to have a dedicated listening room, loudspeakers are pieces of furniture that audiophiles and their families must live with on a daily basis. Size matters. Appearances too. 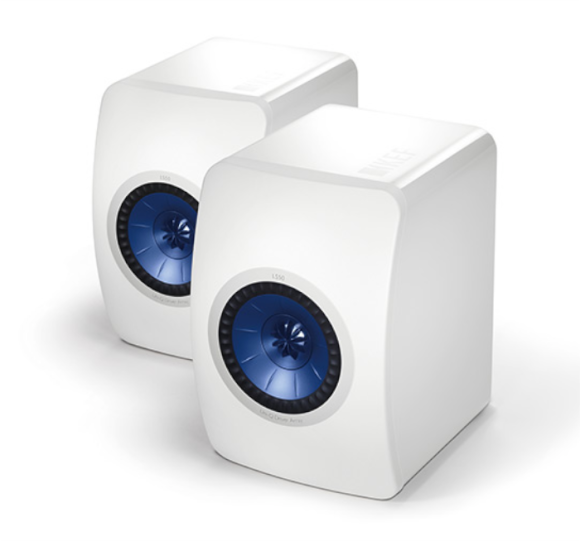 I doubt anyone at KEF’s Kent engineering facility or their Hong Kong mothership could have foreseen the runaway success of 2012’s LS50 standmounts. Conceived as a modern take on the LS3/5a design to celebrate their 50th anniversary in the business, the LS50 truly captured the contemporary audiophile’s imagination.

KEF sold container-loads in the first year alone. Through-the-roof sales figures ultimately forced GP Acoustics to rethink the LS50’s limited edition status. The only sign of discontinuation is the quiet disappearance of “50th anniversary model” from just below the gold Uni-Q driver. Little wonder that this reviewer’s piece on three possible budget amplifiers for the LS50 remains one of this site’s most popular articles.

Enter conjecture: I doubt the LS50 would have sold even a tenth as well had it been styled like the BBC monitors of yore. We only have to look to the more modest operation of Harbeth in East Sussex and their P3/ESR standmount to know that traditional looks are of niche appeal. The LS50 sounded terrific whilst keeping one eye on the future (as opposed to both on the past).

The conviction to dress the LS50 in modern robes of piano gloss black and rose gold reportedly came not from the UK but from Hong Kong honchos. And knowing a good wicket when they see one, GP Acoustics have just signed off on a fresh set of clothes. A white and blue LS50 is about to hit your local dealer. This time the aesthetic temperature is cooler: piano gloss white finish with a blue Uni-Q driver. The internals remain unchanged. 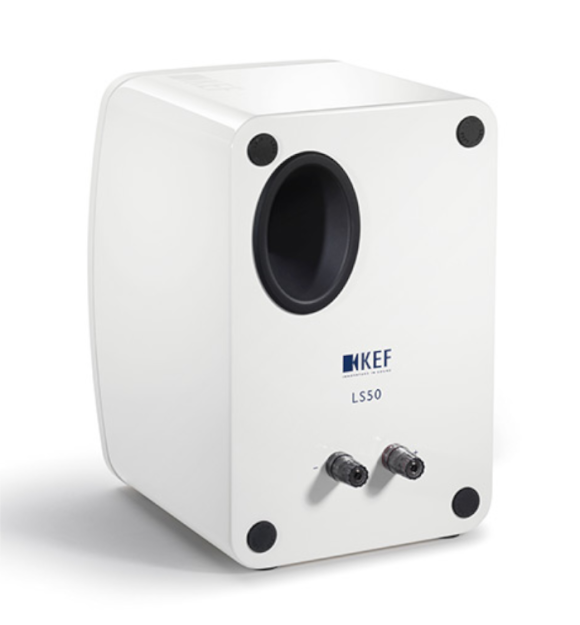 One expects this fresh look will go down especially well with the home installers of the CEDIA set if matching white speaker stands can also be sourced.

Speaking to the Australian distributor this very afternoon, word is that they will land down under in “about a month” and will sell for the same price as their black/gold brethren. That’s US$1500 Stateside, AU$1999 in the lucky country. Keep your eyes peeled.

All we need now is the full bling: faux-gold cabinet finish with a crimson red Uni-Q driver. Waddayareckon? 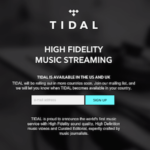 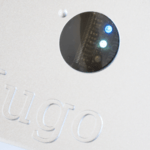