Chrome dreams. If there’s a more future-facing hi-fi company than France’s Devialet, I’ve yet to encounter them. Despite being the ultimate fingerprint magnet their all-in-one devices are a sight to behold. These French fellas know that aesthetic attraction is fundamental in getting the consumer to step closer, to ask questions and perhaps purchase. I’ve witnessed their DAC/amplifier units at numerous shows and always come away feeling like I’ve been wowed for the very first time.

At their Paris headquarters, Devialet now employ eighty people of which forty-five are engineers. Then there’s the recently launched showroom in Shanghai. These guys aren’t messing about – they are growing fast.

So what’s going on inside their chromed pizza boxes? Seventy patents is what.

ADH technology sees pure Class A generate the voltage signal and Class D provides the current and never the twain shall meet. The musical signal reportedly travels along one of the world’s shortest signal paths – two inches – and is never exposed to Class D.

Along the long wall of their RMAF demo room a pair of Devialet 400 configured as monos can be found driving Focal floorstanders. So visually impressive is the Devialet look I omitted to take note of the loudspeaker specifics. Oops. A heavily bearded Christopher Brightwell tells me that there’s a guy in Europe who runs B&W Nautilus with eight (8!) Devialet monos. 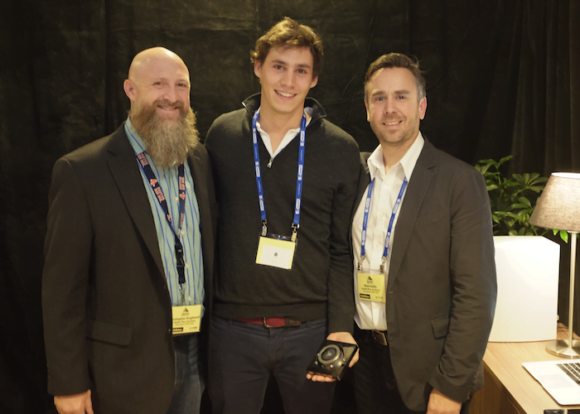 Then there’s Devialet’s SAM technology – ‘Speaker Active Matching’ – which our hosts are at pains to point out is emphatically not digital re-EQ-ing. It works like this: people can vote to have their loudspeaker model of choice shipped to Devialet HQ where seventy metrics are taken and a virtual model created in a DSP environment. The speaker’s amplitude and phase are then corrected but only below 150Hz – like our friends at DEQX, Devialet know that messing with the midrange and high frequencies is a fool’s errand.

Eighty loudspeaker models have been SAM-d to date with Devialet checking off ten more as each week passes. Brightwell says the most commonly voted loudspeaker manufacturers are B&W, KEF and Sonus Faber whose ginormous Amati Futura will be SAM-d very soon!

Along the short wall the Devialet chaps have the Athom GT1.0. These French standmounts have already been through measurement-and-correction wringer. SAM takes their bass response from 45Hz to 22Hz – zut alors! A factoid that is readily discernible during in the playback demo; with SAM engaged via remote control the GT1.0 sound ballsier with better dynamic punch. Know that the delta isn’t always as dramatic. The Magico S1 reportedly don’t benefit from SAM processing as Devialet would have hoped.

Lest you assume that each Devialet box is just for digital audiophiles, allow me to correct you (as I was corrected in Denver). The Devialet software configuration system can pull all sorts of trickery. Each of the analogue inputs can be configured to accept a phono signal – MM and high output MC on the 120, MM and MC on the 200 and up – after which loading and gain can be selected. In a neat twist, Devialet units can be instructed to automatically switch of WiFi as soon as they see an analogue input signal. Compelling stuff.

Curious? Check out the software simulator on the Devialet website.

With everything packed into a single box – DAC, amplifier and a matching remote control that also oozes stylishness – you can expect to see further coverage of Devialet on these pages as we move towards the end of the year. 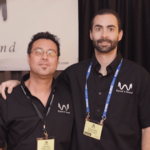 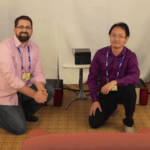