KEF might have formally launched their new Reference Series in May at the Munich High End show this year (detailed here) but it’s taken a further five months to get them in front of Stateside consumers.

At the New York Audio Show in Brooklyn Johan Coorg once again fronts a packed room with a demo that coats a canned structure with a layer of spontaneous music choices. You won’t hear Rebecca Pidgeon here.

Alternating between the Reference 1 standmount (US$7.5K) and the Reference 5 floorstander (US$18K) it’s readily apparent that these speakers aren’t as warm or seductive as the LS50 that redefined the budget sector. The Reference series sound is more direct in its delivery of detail and humongous soundstaging – a silver bullet right between the eyes.

Coorg explains that each pair of Reference is hand made by one guy at the factory and isn’t approved until its measurements match that of the (err) reference pair. KEF claim almost immeasurable distortion in the midrange which translates to an ability to be played ‘unbelievably loud’. But don’t take KEF’s word for it, take mine also. The Reference 5 were cranked with nary a wince from Friday morning’s assembled press gang. 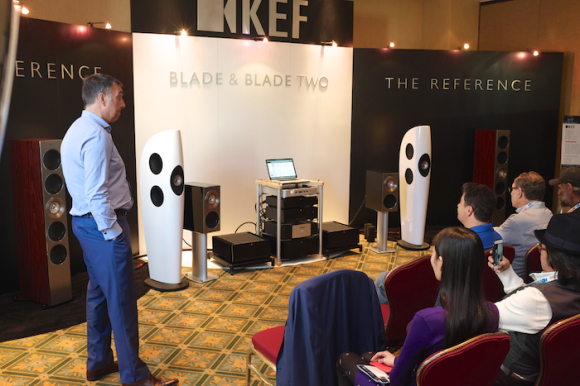 Whilst the Reference Series have the traditional box look, along the side wall a static display reminds us that KEF know how to make loudspeakers with a 21st Century aesthetic: Muon, Blade and LS50. Also, check their M500 headphones (reviewed here) and tell me KEF haven’t set the bar higher for entry level cans. And then consider their X300A active monitors (reviewed here) for one the best desktop monitors in their class.

Anyone wondering how KEF became the hip uncle of the British loudspeaker scene need look no further than their Maidstone engineering team: they’re all young fellas, the eldest of which is only 32! There’s no greater evidence of this fountain of youth than the Uni-Q coaxial driver tech that has trickled down through almost the entire KEF range.

However, we’re told that the number one request to KEF from consumers these past three years has been: “We love the Blade but can you make a smaller version?”. Your wish, their command. Going into production this week is Blade Two so it’s only proper that a pair saw airtime at the Marriott this weekend. The Blade 2 contains just as many parts as its forerunner condensed into an enclosure that measures 66% of the volume. That means 6” bass drivers instead of 9” and a sticker price that comes in at US$24K, 75% that of its bigger brother.

In the Blade Two I see a high-end loudspeaker suitable for smaller living spaces and (especially) apartments; possibly the most visually (and sonically) copacetic match for a Devialet. 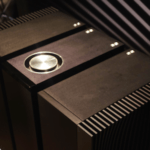 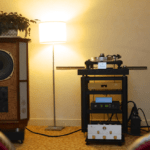