The ghost of Christmas past. The first six months of DAR’s existence saw yours truly chasing down amplifiers that offered high(er)-end sound for low(er)-end entry fees. Roads quickly led to Tripath.

Although often referred to as ‘Class-T’, Tripath chips are still switching amplifiers – they’re Class D, albeit a different flavour.

With Tripath (the company) filing for bankruptcy in 2007, production came to a halt and the subsequent availability of Tripath chips has (reportedly) been tight.

DIYers quick to capitalise on Tripath’s environmentally friendly power consumption and high value quotient soon became advocates; as did a handful of manufacturers proper. Taiwan’s KingRex picked up the Class T mantle for their T20/U mini-amps, as did China’s Trends for their TA-10.x iterations. Both were integrated amplifiers that offered a taste of the high-end for a coupla hundred bucks. You weren’t going to do justice to 83db Mark and Daniels but their overall performance outshone the desktop-suggestive box sizing.

Red Wine Audio’s Vinnie Rossi took Tripath toward the high end by marrying it to rechargeable battery power and – later – tube buffering for substantially more coin. You got what you paid for. I’ll never forget how the 30.2 LFP-V amplifier dramatically fleshed out the otherwise thin and reedy Omega Sticks. 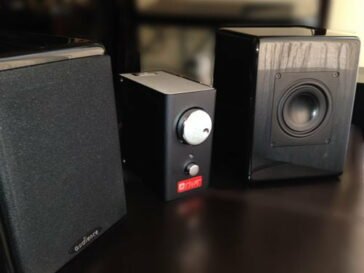 Coverage of the pint-sized Virtue ONE.2 was one of the first reviews to roll out of the DAR hangar way back in August 2010. A review of the Sensation M901 would follow a month later.

Vinnie Rossi later abandoned the dwindling supply of Tripath chips in favour of an in-house designed output stage that would ultimately birth the tonally satisfying Signature 15.

This cleared the way for Krinsky and co. to own the T-amp market with his ONE.2, TWO and Sensation amplifiers, each of which shook up sonic expectations at their respective price points but without budging an inch on cool-as-fuck aesthetics. Virtue Audio also manufactured the well-respected Piano CD player.

In May of 2014 Virtue Audio woke from the long sleep.

“Virtue struggled with the next generation THREE for more than two years while the cupboards were bare.  The 150 wpc Tripath THREE never made it through testing but the next generation ONE.3 did.  Pre-orders began in January 2014 and amps began shipping in April.”, says Seth Krinsky. 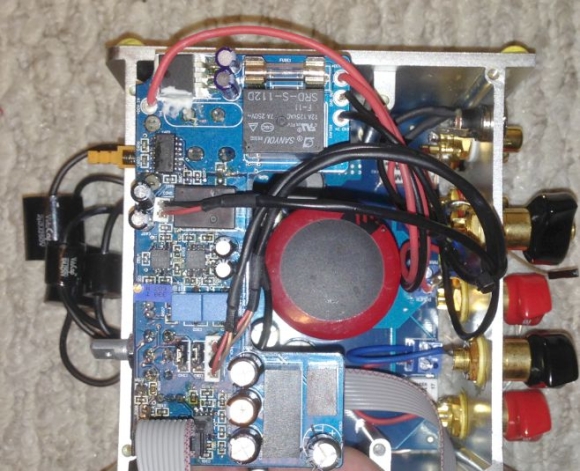 The ONE.3 takes the ONE.2’s chassis but upgrades the internals. The core topology remains the same as the ONE.2 but performance is apparently improved. “Some say it’s nearly as good as the Sensation.”, says Krinsky. If true, that’s down to all-new silicon and a LM 49723 (2.5x gain) pre-amplifier section designed with low-output line-stages in mind.

This latest iteration features ‘next-generation’ propeller posts: there’s no propeller (ha!) but they are detachable. The soft-start circuit of the predecessor has been retained. Ditto the buffered mono subwoofer NJM4558 pre-out which now sports gain adjustment. 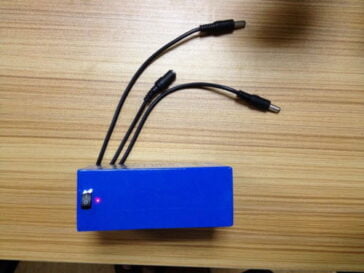 As per its forerunner, power supply upgrades to the ONE.3 will solicit further improvements. The supplied 24v/60w power brick nets 30 wpc whilst the 30v/130w (US$139) unit takes that to 55wpc. Be careful though – those ratings are into 4 Ohms.

Virtue also offer a 24v/5Ah Lithium-ion battery pack to bring the total cost for going off grid to US$629 + shipping. 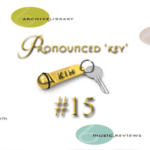 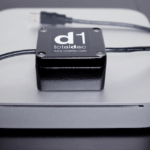