New adventures in hifi. This week in 1982, R.E.M. released their debut EP. That’s right: the prologue to Murmur, Chronic Town is now 32 years old. Let that sink in for a moment: thirty–two. Makes you feel kinda old and creaky doesn’t it?

In terms of release formats, Chronic Town has had a bit of a chequered history. Initially only issued on vinyl and cassette tape and then a limited blue vinyl for Record Store Day in 2010, it has never enjoyed its own official standalone CD release.

Earlier this year this little-known title slipped silently into HDTracks’ catalogue to become available as 24bit/96kHz (US$18) or 24bit/192kHz (US$25) PCM downloads. If you reside in mainland Europe and can’t access HDTracks due to region restrictions then Qobuz has a 24-bit release available for €8.73. The sample rate isn’t specified so caution is advised.

I might have previously scoffed at the prospect of a DSD release for Chronic Town but sure enough Acoustic Sounds has one such download available for US$22. Whilst conceding that spending almost twenty bucks on five songs might prove a little too rich for some I can confirm that it does sound quite a bit better than a Redbook FLAC rip of the aforementioned Dead Letter Office bonus tracks. DSD’s softer edges make for a nice counterbalance to Chronic Town‘s garage rocking, angular aesthetic. 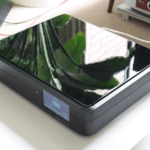 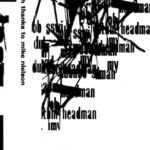