“A show report is not – NOT — a review”. Those are the resolute words of very occasional DAR contributor and regular Part-time Audiophile show coverer Mal Kenney. They are words that ring almost every bell inside this reviewer’s head.

When harvesting thoughts for show reports one is more-often-than-not faced with multiple components culminating in a single (stereo) output. Personally, I find it near impossible to separate out an individual piece’s audible contribution to the whole. The most I can hope for is ‘show and tell’ coverage, hence my choosing a different tack this year in threading a needle through recurring themes.

As much as I see my job as providing an opinion, of greater priority is describing sound. Opinion is a by-product of attempts to nail down a product’s sonic personality. You might find something not to your liking because it’s too warm or too bright or too whatever. You might prefer something else because of other qualities.

I’d like to first detail the backstory before peeling back the lid on my own thoughts. The DirectStream and I go back. Way back. First tastes were snatched at shows in Tokyo and Munich, several weeks before a review unit made its way to Sydney in late June. Time for some show and tell.

After three days spent walking the floors of the 2014 Spring Fujiya Avic headphone festival in Tokyo, my most vivid memory remains that of one Head-fi regular who appeared consistently indifferent to the charms of most displays (“Yeah, it’s O-kay”) but who came away positively raving about what he’d heard at the PS Audio stand. The DirectStream was a reservation-free ‘Best in Show’ for this guy and whilst such an assertion comes pre-loaded with the caveats outline above his enthusiasm made me sit up and take notice.

By the time I landed in Munich the following week, my first point of call would be the PS Audio stand. I sat down, I had a brief listen. What could I surmise? Sweet F-A. Instead, the opportunity to tee up a review loaner with McGowan Snr. Carpe diem and all that.

A few weeks later and back down under I caught Bill McLean at Sydney Audio Club demoing a system to the assembled congregation that comprised DeVore Fidelity loudspeakers powered by Line Magnetic amplification. Handling D/A conversion was the PS Audio DirectStream. A chance to ask someone else on their thoughts.

A month or so down the line I joined a gaggle of audiophiles for a casual listen to both DeVore and Magnepan loudspeakers at McLean’s Central Coast store. A quick switcheroo from freshly minted Oppo HA-1 DAC/headphone amplifier to the fully run-in DirectStream solicited appreciative exhales from all present. “That’s MUCH better, more relaxed”, chimed in one fellow. “Definitely”, said another.

Then came the kicker: a missive from fellow 6Moons scribes Marja & Henk who were hitherto unaware of my interest in the DirecStream, my pre-review exposure, that I was already in possession of a review unit and that listening sessions were already underway.

“The magic designer Ted Smith built into his software/hardware setup is real. Without anything else than plug and play there’s the best sound we ever heard from a digital source – whatever the source be (Ok, we did not try DSD as input format). Using any Audirvana/Amara etc. did not benefit nor harm the SQ so we left it out. Part of the design magic is the complete obliviousness to jitter.”

That’s something I noticed early on whilst investigating the TotalDAC D1 USB cable and comparing it to the Light Harmonic’s LightSpeed. Differences between the two did exist (as detailed in my 6Moons review here) but they were far less pronounced with the PS Audio DAC than any other. A similar delta vanishing point was approached when applying Resonessence Labs’ Concero USB converter (reviewed here) and the Wyred4Sound Remedy (reviewed here) and even an Antipodes music server (reviewed here). The DirectStream displayed almost total immunity to any upstream attempts to mitigate jitter.

An audiophile acquaintance here in Sydney runs a modest but terrific-sounding entry level system: a REDGUM Sonofa’GUM driving Magnepan MMG; Leigh’s got his speakers dialed in just right for his room. There are two front ends: a Rega P3-24 with Denon DL-103 and Graham Slee phono stage takes care of the vinyl whilst an Oppo 105 takes care of the silver discs and streaming media.

Leigh also has something that I don’t: a vinyl copy of David Byrne & Brian Eno’s Everything That Will Happen Will Happen Today. It’s an album that I adore; I know it inside out (and I’d probably sell my own Grandma to get my paws on a vinyl copy).

As is often typical when two or more audiophiles congregate around the same system, comparisons take place! How would this vinyl version differ sonically from its digital cousin? Easy to find out.

The Oppo 105 packed tremendous resolve but hints of digital hardness were definitely present – this is the same hardness that keeps so many vinyl heads away from digital but maintains a sense of aural excitement high for those who instead prioritise deeper detail retrieval. How much was attributable to the PCM source files and how much the Oppo player I couldn’t say.

No such steely resolve in the upper mids could be heard when spinning the record; it sounded softer and altogether more relaxed. And less detailed.

Out of pure coincidence, I too have been running Magnepan MMG driven by a REDGUM integrated – the similarly Chinese-baked Black Series RGi35. Each and every time I compared a rival DAC to the DirectStream unit the results mirrored the afore-detailed Byrne/Eno digital/vinyl standoff in all but detail retrieval.

In immediately taking the place of the DirectStream, the Mytek Stereo192-DSD DAC (reviewed here) reintroduces us to greater lower-treble immediacy than heard via the PS Audio. The Mytek also packs the more propulsive bass of the two.

Picking a nit with the DirectStream: lower bass notes sometimes come across as a little indistinct. I’d wager this is a function of the DirectStream’s smoother, more relaxed personality. After all, kick drums and bass guitar slaps contain more than just low frequencies – crispness and attack ride in on the higher frequencies that gift-wrap the lower notes. The DirectStream is a meal that’s less overt with transient spice. It plays korma to the AURALiC Vega’s jahlfrezi (reviewed here, here and here).

Ongoing exposure to the Vega places it as sounding a little drier than the Resonessence Labs INVICTA Mirus (reviewed here). You’ve probably seen those artists in city centres whose pavement-chalked sketches positively burst with colour and detail? Think of that as an extreme imagining of the Vega’s sound. The INVICTA Mirus paints in almost as much detail but with a little more oil and water.

The DirectStream offers more differences than it does similarities to either of these two rivals. By first converting PCM to DSD, it better spins the illusion of taking the listener to the music rather than bringing the music to the listener. Ted Smith’s design introduces us to a sense of musical immersion that’s more convincing than that of statement units from Resonessence Labs, AURALiC, and Aqua.

The DirectStream’s presentation isn’t showy; it doesn’t shout about what it’s found. Think: maturity. The DirectStream is perhaps closest in essence to that of Resonessence Labs INVICTA Mirus where depth of flavour provides more satisfaction than the Vega’s sequential delivery of spiced technicolour hits. With its absence of PCM tang the DirectStream affords us slower digestion.

Enjoyment at the hands of the PS Audio box comes from exposure to resolution that’s isn’t first fished to the surface; a trait more easily attributable to the aforelisted rivals. I’d liken the DirectStream’s musical delivery to that of a diving bell: it submerges the listener deep into the music – a quality that’s more noticeable behind headphones than with loudspeakers.

One of the DirectStream’s more obvious strengths is its bounty of textural information. Drum skin surfaces and sawtoothing synths are teased out in a most mellifluous manner. With transients not so eager to please, subtleties benefit from more breathing room. This also holds true for image specificity. Watching TV shows and movies with this DAC truly underscores its talents in delivering room ambience and the spaces that surround stage players; it better reproduces audio as an electron soup than any competitor heard to date.

Let us consider the Aqua La Scala MKII (reviewed here) as our final point of contrast. It’s an excavator, digging up detail for illumination in the daylight: jewels reflecting and refracting brilliant sunshine, displaying tonal colour that’s palpable. Next to the PS Audio, one might hear the La Scala MKII as also seasoned with a little cayenne. Transients show greater intent to get ahead. Here this difference is exactly that – it isn’t better or worse, just different. The Italian plays it with more thrust. If your needs are for D/A conversion that’s big on jump factor communicated by skyscraping soundstage, you’ll more likely favour the Aqua. If you want music to feel like a hug from Mom, the PS Audio is your guy.

I always cringe a little when reviewers says something or other ‘sounds like vinyl’ – to which I internally reply ‘which vinyl’? Not all vinyl playback sounds the same. (The same goes for tubes). That said, the DirectStream DAC sounds closer to the relaxed, soft nature of Leigh’s Rega P3-24 with Denon DL103 cartridge and Graham Slee phono staging than it does the stiffer, keener Oppo 105; the boy from Colorado stirs superior separation and more specific spatial cues into the mix. The best of both worlds? It’s as close as I’ve heard it.

And that’s the thought I wish to end on: PS Audio’s DirectStream DAC is a goto unit for vinyl fans who’ve previously found digital playback to sound too rigid or uptight. The DirectStream is simultaneously more mellow and understated; there’s less of the celestial awe of the Aqua La Scala MKII and less of the ultra-colourful exuberance of the AURALiC Vega. None of these differences are ‘night and day’. They are subtle, at most 5%. But it’s a 5% that really matters.

In rendering PCM’s clarity without its grittier edge, Ted Smith should be applauded for designing a DAC that makes for a significant point of difference in the ever-crowding $5-10K DAC space – that difference earns it a DAR-KO award.

My opinion? I’ve spent time with both PerfectWave predecessors and whilst I still consider them both to be very good DACs, I would never call them great. All that changes with the DirectStream. It takes the listener to an altogether different digital audio realm both in its creative circuit design and its sumptuous sound.

In driving this point home I’ve put my money where my mouth is: I’ve purchased the DirectStream review unit in spite of already having a multitude of terrific sounding DACs here to play with. I think that speaks for itself.

You can read Part 1 of this review here. 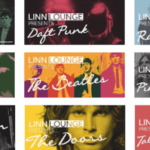 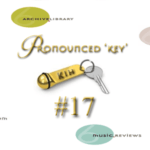