Press releases. Sometimes news of fresh meat comes direct to my inbox, after which the game isn’t one of copy-and-paste regurgitation. Key points have to be digested and disseminated. One can only get to the meat of the product announcement by stripping away marketing department spin. Think of it as skinning, gutting and then de-boning. That leaves us with only flesh.

Other times, you gotta do it yourself: a new product simply arrives on a manufacturers website. It’s ready to ship sans fanfare – and the mountain must go to Mohammed. When English isn’t the first language of the manufacturer’s copywriter, the lines between marketing department hyperbole and cold hard specification blurs. Doubling one’s digestion with a cerebral Alka Selzter usually yields results. 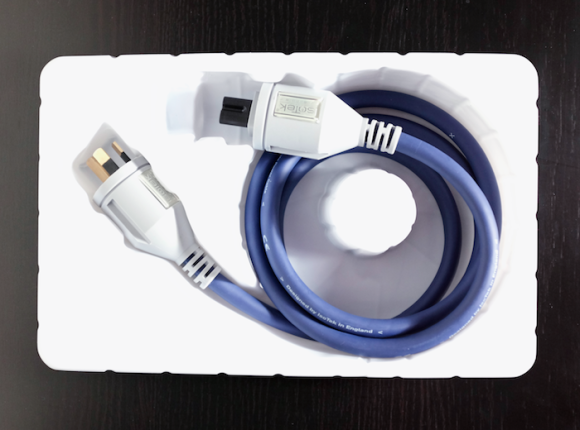 Alternatively, the facts get laid bare but visuals are thin on the ground: product photos are scarce or don’t meet the minimum 700px width specification for DAR. That’s precisely how news of the MacMini version of Isotek’s Evo3 Premier power cable arrived. Specifications were long – reproduced for you in edited form below – but photos were DOA.

The rationale behind Isotek’s entry-level cable reacquaints us with an old foe: electrical noise (EMI and RFI), rejection of which is the modus operandi of the LessLoss DFPC. However, Louis Motek’s cords aren’t terminated with MacMini-compatible plugs. Yet.

The terminating plug is the Evo3 Premier’s point of difference. Since ditching the external power brick in its 2010 regeneration, the Apple MacMini has run with an internalised power supply connected to the wall via a ‘Figure 8′ power socket.

The MacMini-terminated version of the Evo3 Premier is enjoying 24 hours at DAR HQ for a photo shoot, nothing more. Thanks go to Geoff Blundell at Tweed Heads’ Toma Audio for the loaner.

Eager beavers ready to pull the pin on a purchase should first observe how the Isotek’s terminating plug obscures the MacMini’s ethernet port. This will necessitate either a move to WiFi (an audiophile ‘no-no’) or the purchase of Apple’s USB Ethernet adaptor.

The big surprise here is that with the MacMini being so widely used as music server/streamer, the likes of Kimber, Cardas and Audioquest haven’t filled the need for an ‘audiophile grade’ power cord sooner. Of course there’s potential for a gotcha if the MacMini’s intestines generate their own electrical noise for which EMI obsessives are then pointed to the TotalDAC D1 USB cable. 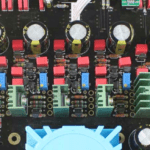 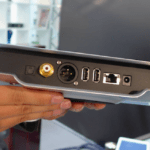