Australian story. On the fourteenth floor of a rather anonymous building in North Sydney sits the headquarters of D&M Innovations (formerly Avega); these guys comprise the software company behind Denon’s all-new HEOS wireless audio system whose branding sees the latter name enjoying greater prominence than the former.

The HEOS platform is the culmination of almost ten years of behind-the-scenes work. Peter Celinksi’s team initially sought to engineer wireless floorstanders on a commercial basis, prototypes of which saw Avega win accolades at both CES 2006 and CES 2007. A short-lived partnership with Altec Lansing caused product development to turn towards designing a wireless loudspeaker with a smaller form factor.

In 2011 Denon entered the picture armed to the teeth with “100 years of experience”.

The result? HEOS. To set the scene check out the promo video.

Say it out loud. HE-OS. A name whose second syllable is identical to another brand you might have heard of. Coincidence?

Let us not beat about the bush: HEOS by Denon sees the Japanese player going after a slice of the multi-room audio market hitherto dominated by Sonos.

The range comprises three all-in-one active speakers (HEOS 3, 5 and 7), a DAC/amplifier (HEOS Amp) for use with existing loudspeakers and a DAC/pre-amplifier (HEOS Link) for those who only require a digital front end.

Each unit can be Ethernet cabled or wirelessly connected to an existing network. Unlike Sonos, there’s no proprietary network protocol to contend with and the HEOS Extend (AU$149) will do exactly that if your wireless network is a little weak or short on reach.

No single product in the HEOS range sells for more than AU$900. Hello man in street.

It starts with the HEOS 3 (AU$449), a small active loudspeaker that packs a pair of full-range drivers, each powered by a Class D amplifier. Denon manufactures the drivers and casework whilst the amplifiers are sourced from a third party. Sound quality optimisation comes from MaxxAudio DSP technologies licensed from Waves Audio. 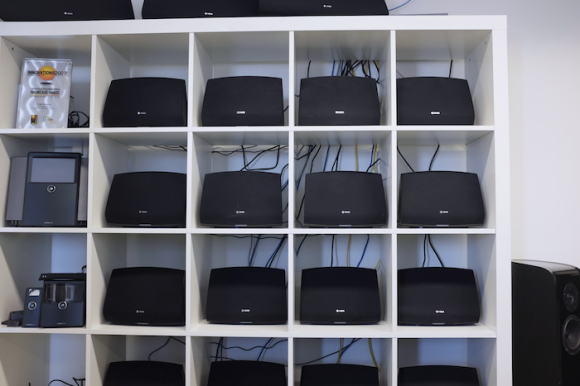 Need a bigger sound? An additional HEOS 3 can be stereo paired using the Android/iOS app, which when coupled with the system’s super-low latency synchronisation, comes on as HEOS’ number one selling point. The man in the street wants an easy setup from an app that doesn’t demand a deep drill-down to get music up and running. On this front the HEOS delivers. The “Pinch to Sync” feature brings player synchronisation from a single smartphone gesture.

The HEOS 5 (AU$599) takes musical scale and authority up a level with four drivers and four Class D amplifiers as well as a passive radiator. A carry handle here shows a lean towards portability, which suggests that a rechargeable battery-powered device is probably on the product development roadmap. Official word on this was hazy.

Then there’s the big kahuna: the HEOS 7 (AU$899). Here we note dual mid-woofers, dual precision tweeters, an active subwoofer – each powered by their own Class D amplifier – and dual passive radiators.

Clearly the name of the game here is mix n match n sync. However, if you find yourself with one foot already in the audiophile world with a pair of passive loudspeakers then the HEOS Amp ensures they’re not left out of the multi-room picture. It too is Class D and pushes 100wpc into 6 Ohms. 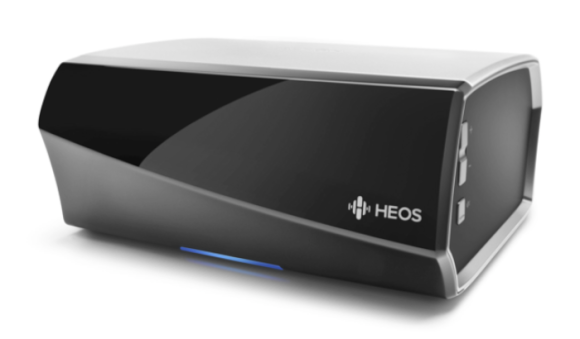 Possibly of most significant interest to regular DAR readers will be the HEOS Link (AU$549), a digital pre-amplifier that features its own Burr Brown silicon for internal D/A conversion and subsequent analogue output. Owners of existing off-boards DACs will probably want to make use of its optical and coaxial S/PDIF outputs. The Link can slip right into the very front of an existing digital audio hifi system bringing with it some very clever digital streaming tricks. Time to look more closely at those…

Music can be sourced from local servers – NAS drives or PC/MACs running DLNA software – as well as direct-connected USB hard drives for which each HEOS unit acts as a network-accessible music server. The Android/iOS app makes it a cinch to play music from a hard drive attached to a HEOS device that’s all the way upstairs which includes ‘most popular’ lossy and lossless archive formats. For the time being though, hi-res audio isn’t compatible with the HEOS system – it’s CD-quality (16/44.1) or nowt.

The remote streaming function also applies to any network-connected smartphone or tablet with the HEOS app installed. Music can be pulled from the remote device and immediately dispatched to any HEOS unit for playback, all without the user having to leave their seat.

However, one look at the app reveals locally hosted music isn’t at the top of the HEOS agenda – it’s aiming squarely at streaming service content. The likes of Spotify, Pandora, Tunein, Rhapsody and Deezer are ready to roll when the HEOS range goes on sale down under in the first week of September. I’m told that Qobuz is ‘on the roadmap’.

Future-proofing against changes in the fickle streaming service landscape, the North Sydney-based D&M Innovations software development team have been retained so that additional streaming services can be introduced to the HEOS ecosystem at three monthly intervals.

Entry-level, all-in-one solutions for the man in the street to better tap the great gig in the sky coupled to a clear upgrade path – it’s easy to see how Denon will make some serious headway with HEOS.

The information spilling forth here comes from both local distributor-penned word .doc and that gleaned from attending yesterday’s Sydney-side press event.

Having recently launched in Europe and the USA, the HEOS by Denon range will be available in specialist A/V stores across the country from early September. 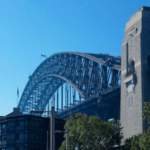 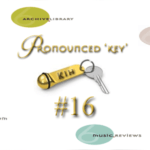