Open mind versus snake oil. Most hifi reviewers are self-styled. What diploma from the international bar of audio reviewing do you think they hold? At heart and by formal training they’re hobbyists. They’re not engineers pencilling circuit schematics on bar napkins. If they were, they’d be working as such somewhere in hifi manufacturing. Which would render them unfit to moonlight as reviewers. Hence chances for our kind to lose the technical plot are high. Now our scene is set. Reader Christopher Liljenstolpe enters at stage right.

“Greetings Srajan. I’ve been a long-time lurker on your website and bought a number of pieces of kit based on your reviews. I’ve been quite chuffed by the results, thank you. I’ve got an Onix SP3 on its back right now replacing a 30Ω power tube resistor as we speak. A tube shorted and let the magic blue smoke out of the resistor. Bit of a mess. Below is an exchange I’ve had with AudioQuest regarding their silly-priced Ethernet cables (and after a little looking, Chord is even sillier with a £2’000 Ethernet cable).”

“A bit on my background. I build big TCP/IP networks. Think some of your favourite search-sites server farms. An Internet backbone that at one time carried 30% of the public internet was my design as well. I‘ve also been involved in the standards and protocol design of the Internet and TCP/IP for well on 20+ years (chairing working groups in the IETF, ITU etc). I’ve been actively involved in some of the protocols that are actually used in transporting audio when streaming. With that background I can safely say that there can be no way an Ethernet cable can effect TCP/IP audio stream. There is no such thing as ‘soft’ packet corruption. Either a packet is bit perfect and therefore handed to the application to process; or it’s not and is dropped. Cables don’t effect that. The only way a cable could if it were miswired. And that would lead to massive link failure at speed.”

“There is an insane amount of IT-grade (read cost-optimized engineering) on either side of that cable as well. Stuff may not even meet FCC class B certification requirements. Even if it is a top-end custom streamer, it’s still got a Broadcom, Intel or similar chip providing the MAC layer function with a crappy little transformer terminating the network. Any goodness that the cable is providing–which is useless anyway–just went out the window. The number of impossibilities in the marketing materials are annoying too.”

1) Shielding doesn’t make a bit of difference in an Ethernet cable. There is nothing to tie the shield to. Unless you are running shielded network jacks (very uncommon and usually found in hi-EMI factory floor applications for example), there is no termination for a cable shield on either end of the cable. That’s why Ethernet cables are twisted pairs. That’s how they reject noise.
2) Directionality? TCP/IP is inherently bi-directional. If we are really worried about jitter, then jitter in the back channel is just as damaging as jitter in the forward path (the window won’t open until the ACKs make it back).
I do get cables. But we need to call BS on what is obviously BS or else the whole industry gets painted with the snake-oil brush again.”

Now Christopher exits stage right only to reappear moments later in his alter ego as fair-trade consumer advocate. Here is his email to AudioQuest.

“Greetings. I’ve been an AudioQuest customer in the past since I do believe there is a difference in analogue cable performance. I could even possibly agree that S/PDIF may benefit as there isn’t really a datagram disassembly/reassembly on the ends of an S/PDIF link.  But guys, come on. Ethernet?
1) Jitter is not corruption. It’s variability in inter-packet arrival time.
a) Jitter on a cable is infinitesimal compared to the processing elements on either end. We’re talking sub micro-second. I know. This is my industry.
b) The full spectrum of the audio signal is encoded in the same packet. There’s no ‘smearing’ or other jitter effects between high and low frequency signal. It’s all in the same packet.
2) It’s Ethernet. If the packet is malformed, it gets retransmitted. That’s a huge hit. If cables caused even a 1×10^10 packet error, everyone would be screaming. $0.85 Cat6 patch cables from Monoprice.  have a BER substantially lower than that. It’s just not an issue. If it were, IT wouldn’t work. A single bit error causes re-transmission. That’s a logged error, not something that’s quietly dropped. 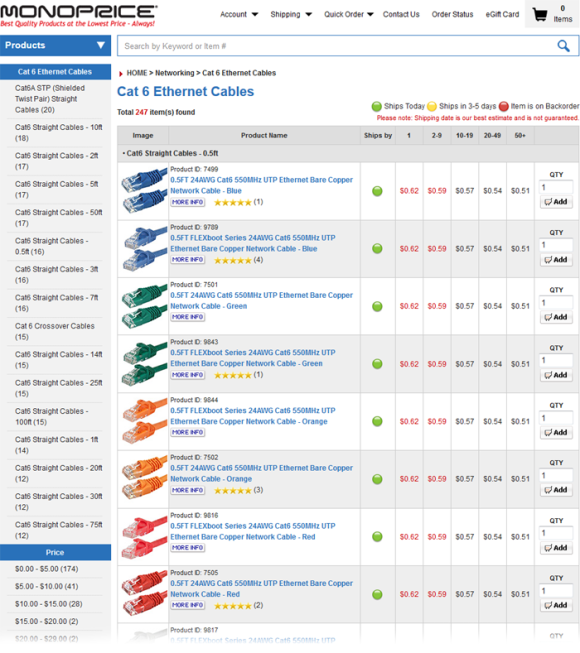 “This is unmitigated snake oil and simply a bald-faced attempt to separate a fool from his money. The pasting you are getting on tech mailing lists like CAGeeks of which many subscribers are audiophiles is hilarious. We all agree that you have completely lost your mind and frankly can’t be taken seriously again. Good on you if you can get a muppet to buy this cable. Unfortunately I and many others who have seen this product will never darken the threshold of your door again. You may get something from the idiots but I will never give you another cent of my money. The gall of this is just too much. Good day to you sir.”

After a brief curtain call and audience applause, the AudioQuest representative appears on stage. “Hello Christopher. Thanks for the email. Would you be interested in a demonstration? If there’s an AudioQuest dealer close to where you live, we’d be happy to set up an appointment so that you can hear our Ethernet cables for yourself. Let us know if we can offer the proof in the pudding.”

To expectant ooohs and aaahs in the audience, Christopher shakes his head. “Ah no, waste of my time. If you actually understood TCP/IP networking, you would know that there’s absolutely no way this has any effect. Even if it did have some effect on the wire, the packet disassembly, reassembly etc. happening on either end would render it completely useless. It’s a packet network. Those packets are either bit perfect or they are not. The jitter in the wire (there is usually none, even on segments hundreds of kilometres long) is completely overwhelmed by the jitter and head-of-line blocking in the MAC layer on the NICs on either end. $0.89 Monoprice Ethernet cables are used in high-frequency financial trading where jitter of even 1ms becomes worth millions. If the packets are bit perfect, they are accepted. If not they are dropped. That is almost never a ‘soft’ cable failure. The cable is wired correctly or it’s not. Usually it’s a cable break, switch or NIC failure or some other issue. It’s a hard fail, not a soft degradation. On top of that, you are going to plug that cable into an $80 Gigabit or 10/100 switch (or even a $5’000 one). Guess what? They all use the same chips from Broadcom. And I can guarantee you that there is no ‘biasing’ or ‘directionality’ going on inside that switch. In short, there is no way for it to have an effect. I buy into cable quality for analogue and maybe even non-buffered bit stream (S/PDIF and the like). But this is packet networking. It’s a different kettle of fish. Good luck in your fleecing.”

The curtain falls. The play on Broadcom is over. Time to take sides. Fancy coffee with that? I always enjoy experts in their field talk tech. It’s a great learning opportunity. But at the end of the day, our sort sits down and listens. Audiophiles did when Noel Lee’s Monster Cable first proposed costly cables. They did when Chris Sommovigo proposed an impedance-matched S/PDIF cable under the Illuminati brand. They did when ‘purpose-designed’ USB cables for audio first hit. They wrestled with power cords and called BS on generics being good enough. 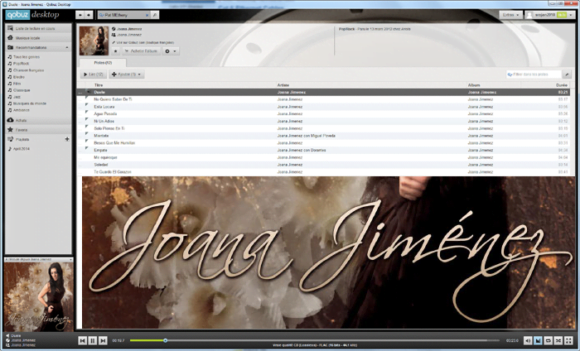 There’s no doubt. Wishful thinking and active imagination often fill the gaps left by large hifi expenditures. And, there’s generally some form of consensus a few years later. Software players like PureMusic and Jplay couldn’t possibly have any benefits. Yet here they are many years later enjoying happy subscribers and ongoing updates. Are all their users delusional? Hasn’t it time and again been the case that silly impressionable audiophiles proclaimed differences where science said there couldn’t be only to precipitate a climate of change? And didn’t those changes eventually lead to sufficient empirical evidence and a new understanding of the very same subject matter? Cleary Christopher knows his stuff. I was simply surprised that he’d pass up an opportunity to challenge his conviction with an audition. Or openly call out AudioQuest’s BS because the demo tanked.

Being taken for a fool under the guise of keeping an open mind is a definite risk. Publishing reviews on questionable devices can create popular myths which soon prove hard to eradicate. This demands responsible publishing. By the same token, someone must be first to venture out on any new potentially inflammatory topic. Remember acoustic resonators? It’s far easier to join the chorus a few years later when initial outrage has transformed into acceptance. How to navigate these decisions isn’t easy. Often the best and only thing to do is admitting this basic fact, proceed with curiosity tempered by caution and trust the intelligence of one’s audience to let the chips fall where they may.

On the Ethernet cable front, I’ve yet to pop my cherry. I stream 16/44.1 FLAC files via Qobuz across a 2-meter stretch of garden-variety Ethernet cable between work computer and Internet router; and via a 15-meter run of the same to my music computer where I also purchase music downloads from Qobuz, BandCamp & Co. Without stutters, dropouts or distortion, I’ve not been motivated to investigate designer LAN cable. Yet. But I’ve already published two reviews on them written by other contributors. Both heard improvements over their generics.

Busted? Time for this response board to get busy! 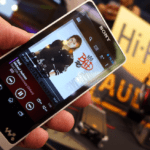 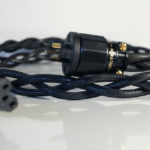