By its very nature this website is no more Australian than the fish that swim this island’s surrounding waters. Some fish are local, others are interlopers. Visitors click to Digital Audio Review from all over the world. A website insists on a global audience. However, living down under gives light to issues that might not prevail elsewhere. This is why you’ll see the occasional lean towards Australian flavours.

There’s no such thing as a bad product, only a bad price. It’s a motto for every marketing department to live (or die) by. Price is objective whilst value for money is subjective. The latter is a perception unique to each individual upon which the largest influencing factor must be annual income. Those earning $50k per annum aren’t as likely to see value in $30k floorstanders as someone earning thrice that.

Wonder why so many young folk are into headphones? It’s not necessarily down to the innate qualities of private listening. It’s because those same young folk don’t have the incomes of older audiophiles (and nor do they have the living spaces to accommodate Boulder monos and Wilson loudspeakers). Over simplifying for the sake of argument: head-fi attracts a younger demographic because the kids, they can afford the gear. $200 is a lot of money to your average 23-yr old. To them, dropping $20k on loudspeakers is insanity.

At the risk of stating the obvious: price affects all consumers. It’s the number one consideration for most. In Australia, it’s the local pricing of imported product that adds another hot potato to the mix. A prospective buyer will hit up Google in the hope of finding out if Australian (local) pricing is on par with that of the country of origin?

A simple piece of mental maths:

Such questioning often spills onto web forums where users will share ways in which to land goods from country of origin, often using mail re-direction services (or similar) to circumvent domestic channels. Some consumers are happy to surrender local warranties if the cash saving is big enough. In a world of near-perfect information flow (the Internet), it’s human nature to prioritise price above more amorphous concepts such as dealer advice and warranty claim handling. 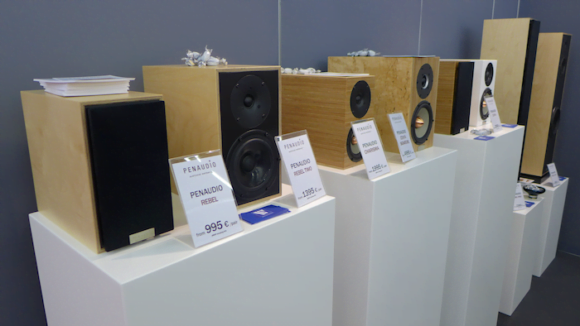 Audiohiles down under are exhorted to buy local to support the local industry, echoing the ‘Buy British’ campaign of the late 70s. However, distributors with dealer networks that push the limits of consumer empathy probably won’t survive too long. The Internet sees Adam Smith’s invisible hand hard at work in slowly eroding large pricing disparities.

That’s not to say that Australian distributors and/or high street retailers are taking the customer for a ride. Larger distributors must factor in operational costs of office hire, stock warehousing, staffing, running a dealer network as well as providing margins to those high street retailers who also have operational costs of their own; that’s a whole heap of something that smaller, home-based players who sell direct to the public don’t have to consider.

Price gouging may well be taking place. Armchair audiophiles would have you believe that it’s rife. But is it? Without the public detailing of a distributor’s accounts their outrage is merely conjecture. Put another way: the armchair aimer can’t hit a target without proof.

One factor that often gets lost amidst all the wailing and gnashing of teeth is the manufacturer himself. He has a significant impact on his overseas prices – something that’s invisible to the end user. Larger margins handed down from manufacturer to overseas distributor makes it easier for the local guy to (partially) absorb exchange rates fees, import duties and shipping costs – expenses that would otherwise be passed on to the consumer in local pricing. 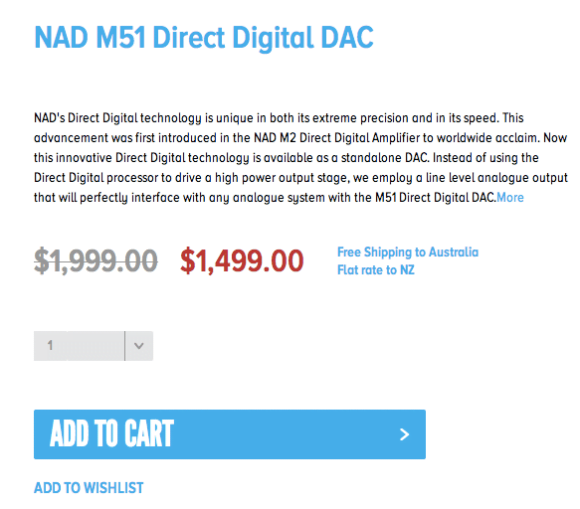 An example of this in positive motion is the NAD M51. Better margins from Lenbrook HQ in Canada allowed local distributor Qualifi to sell this DAC in Australia for AU$1499 – at today’s exchange rates, that’s around US$1400 and US$600 cheaper than the stateside sticker. Even at its 2013-revised RRP of AU$1999 Australia is still the cheapest place in the world for a brand new M51. You can still snag one for the old RRP from the most basic of Google searches.

A similar disparity plays out when considering the Astell&Kern AK100 DAP. In the USA it’s stickered at US$699 but sales tax will see Americans handing over up to US$761 at the checkout. In Australia it’s even cheaper at AU$647 (US$612). The poor Brits are forced to stump up £569, the equivalent of US$977.

It was the Oppo PM-1 headphones (reviewed by Srajan Ebaen) that initially put me onto this US vs UK vs AU train of thought. North Americans can grab a pair from the Oppo web store for US$1099.  However, those poor Brits have to pay the same. In Pounds. £1099 is equivalent to US$1900. Down under they strike the upper-middle ground at AU$1699 (US$1600).

Lastly – take a look around at the pricing of the (rather wonderful) Sony NWZ-ZX1 DAP. The cheapest Japanese price is Y62,980. That’s equivalent to AU$659. Sony Australia are selling it for AU$699. Little cause for complaint there. Sony UK are selling it for £549…or AU$1000!  Ouch.

Pricing deltas like these might set pulses racing...in the UK. Consumer VAT there currently runs at 20% – that’s double that of Oz’s 10% GST. Little wonder Australia’s term of endearment for the Brits is ‘wingeing poms’. The point? Australia isn’t the only country to sometimes allegedly cop the raw prawn on retail pricing, the blame for which can’t solely be laid at the local importer’s door.

With a more generous margin at point of manufacturer wholesale the local distributor can absorb some of the import costs and pass the savings onto the consumer, which as I’ve shown above can and does lead to pricing that’s lower in Australia than overseas. ‘Strayaaaaa.

Let us know what you think in the comments section below. 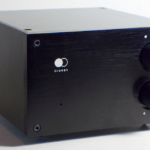 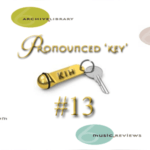