Cypher Labs’ Theorem 720 (US$799) is a battery-powered portable amplifier that runs a fully balanced circuit from AKM4396 DAC to headphone output.

At one end of the metal case is a fixed output (3.5mm) for connecting to systems where volume attenuation is taken care of elsewhere. The other end is squarely focussed on headphones: mini-balanced (4-pin) and single-ended (3.5mm) headphone outputs, both of which are controlled by a sturdy volume pot that’s reassuringly stiff when turning. This isn’t an Astell&Kern AK100. Right from the get-go CEO David Maudlin is keen to point out that “we never convert from single ended to balanced”.

Maudlin continues: “Volume is handled by op-amps and associated circuitry, made by Analog Devices (Model ADA4897-2ARMZ). There are four in total. One for the line out, one for the SE headphone out and two for the balanced out (plus/minus on each). The analog, digital and power sections are kept separate on the board, with no overlapping for a clean signal.” 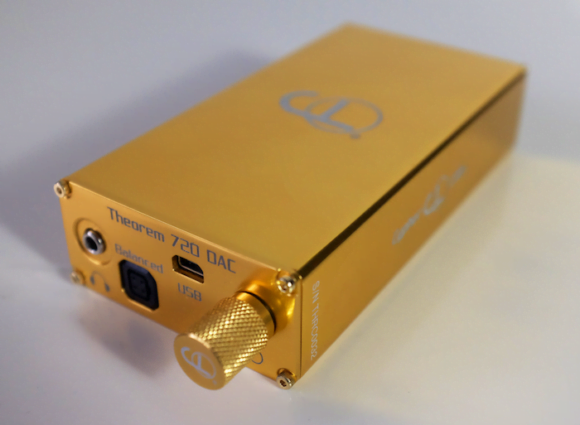 With no analogue input the Thereom 720 isn’t competing directly with the Lehmann Traveller, ALO International+, Cypher Labs’ own Picollo, or any of the other more ‘traditional’ headphone amplifiers coming to market. The only way to get music into this portable is over USB where sample- and bit-rate compatibility tops out at 24bit/192kHz on PC and Mac sources.

On the Theorem 720’s USB input Maudlin says, “The USB IC is just a stock type IC. The real work is done by the processor and associated 16MB memory. We use custom firmware that does all decrypting from Apple and conversions of the different frequencies to analog. There are several hundred thousand lines of code.”

However, desktop use isn’t the main aim of the Theorem 720. Cypher Labs intend it as a way to bring better sound quality to listeners on the move; it replenishes iDevice batteries as it plays so you only have to worry about keeping the Theorem 720 juiced. A 8700mAh lithium-polymer battery promises 18 hours of use between charges, after which the supplied 9V wall charger must be deployed for at least 4 hours to bring it back up to fully charged status. The Theorem 720 cannot be charged from your computer’s USB port. 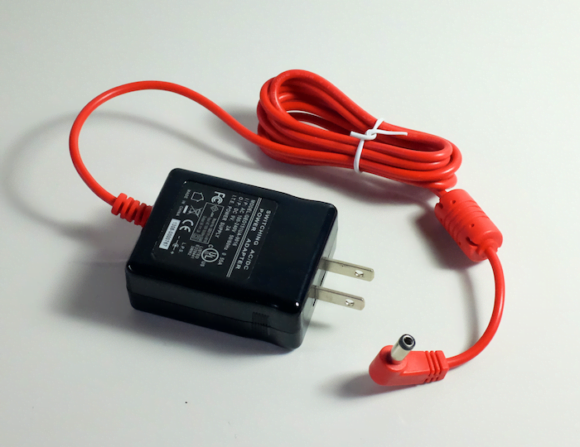 Android compatibility is a hit and miss affair…and largely smartphone manufacturer dependent. The Google Nexus 5 in its stock form doesn’t allow for digital audio transmission via its micro-USB port. Samsung’s Galaxy S3 does. To iron out the inconsistencies we look to eXstream Software’s USB Player/Recorder Pro apps (~US$7 each from Google Play store) that load in their own USB audio driver on ANY Android device. This driver doesn’t provide system-wide USB audio action -only locally hosted music files played back via the app get a run. Up to 24bit/192kHz PCM is possible. A free trial of USB Audio Player Pro is available here so that you can take it for a test drive.

Hit n’ miss USB audio isn’t the only issue to inconvenience Android users looking to get in on some Cypher Labs amelioration. With a Nexus 5 rubber strapped to the Theorem 720 large chunks of screen real estate become inaccessible. 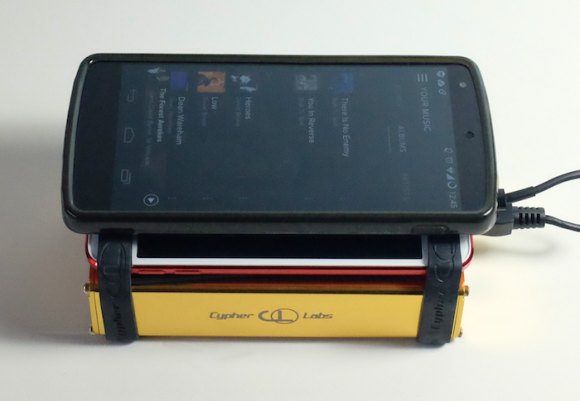 Little wonder then that most of this Portland manufacturer’s promo is aimed squarely at the Apple crowd. Whilst some iPad models are capable of dispatching 24bit/192kHz from their rear ends, they’re hardly the epitome of pocketable. No, the Theorem 720 DAC is being fired into iPhone and iPod (Touch) territory where, unfortunately, hi-res playback doesn’t come easy. All iPhone models are currently hamstrung by Apple to max out at 16bit/48kHz. For someone still firmly grounded in Redbook playback this issue isn’t a biggie.

I don’t think Apple’s latest round of iPhone and iPod Touch models sound at all bad for occasional and/or casual listening. Apple’s engineers have ensured better sound quality than the LG-made Google Nexus 5 and Samsung’s Galaxy S3, both of which sound ill-defined and congealed by comparison. However, that isn’t really saying very much. In food terms, the iPhone 5 plays Subway to the Nexus’ KFC; neither of which are conducive to a healthy diet if consumed too often. Long-term exposure to sub-standard audio quality won’t affect your health but to echo Margaret Thatcher’s late career mandate to Britain’s working classes: what you’ve never had have you’ll never miss. Inner Fidelity’s Tyll Hertsens describes it thus: “most people’s exposure to sound quality can be likened to observing the Mona Lisa on a printed t-shirt”. 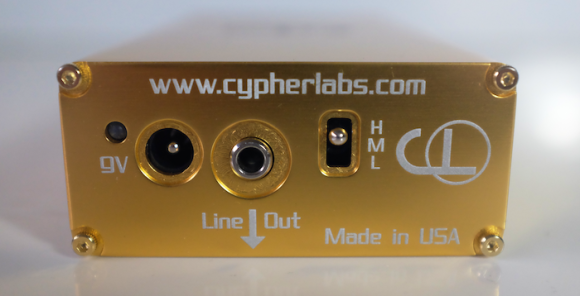 Three gain settings and a headphone output impedance of less than a single Ohm means more sensitive IEMs fold into the scene. I noted low-level circuit hiss when hooking in DITA Audio’s The Answer universals but it wasn’t anything that encroached upon the music. With the DITA in-ears the Theorem 720 took bass bulge a little too far, threatening to crowd out some of the lower-midrange. This issue didn’t present with the C-Ear X — custom IEMs that start from an initially lighter bass disposition and which benefit top-to-bottom from Theorem invigoration.

The Sennheiser Momentum are terrific sounding all-rounder that shine with almost any portable player you throw at them. The $300 Momentum sound good with everything and anything and that’s probably why they’ve been a runaway success. Flipping this thinking on its head, the Momentum don’t scale as well as other heapdhones. With the Theorem, the Germans’ even-handed responsiveness becomes their undoing. The delta between Theorem-appended iPod Touch and the latter running solo – each with Kraftwerk’s The Mix and Morrissey’s Your Arsenal – brought only marginal returns. 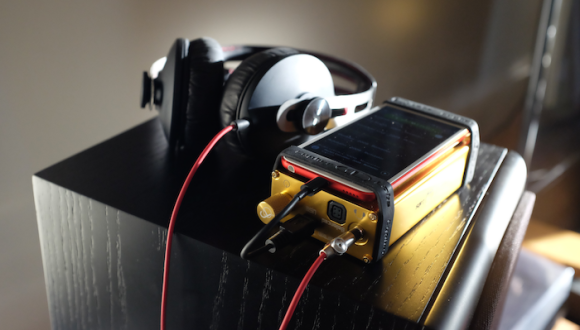 All other headphones deployed during the review period enjoyed more significant improvement.

The KEF M500 is an closed-back (read: outdoor) headphone that’s more diet dependent than the aforementioned Sennheiser. And boy, do the KEF cans respond beautifully to the Cypher Labs’ charms. The iPod touch makes a fine fist of FSOL’s ISDN but have the Cypher Labs brick intercede and you won’t know yourself. The improvement isn’t subtle, it’s profound: deeper DAC resolve and firmer amp-solicited grip are readily apparent.

The M500 ultimately paved the way to a better descriptive handle on the Theorem’s core essence: ballsy below the waist with a creamy-cool midrange and top end. Think: 500g rump steak smothered in mushroom sauce. If food analogies don’t do it for you, allow me to draw comparisons from within the loudspeaker domain. The Theorem 720’s upper frequencies are closer to the Spendor SA1’s undertstatement than the ProAc Tablette Reference 8’s pan sizzle.

Talking of crisp-fried definition, the most copacetic high-end home ‘phone match came from the Sennheiser HD800. The iPod Touch running direct into HD800 is capable of squeaking out reasonable SPLs but the presentation is lean, tense and full of lower treble glare. Switched to medium gain, the Cypher Labs assuages each of these woes with its creaminess taming a good deal of the HD800’s infamous top-end insistence and fleshing out things out below the waist.

Both the ALO International+ and Glove Audio A1 come on with more caffeination, upper-mid energy that lends them (especially the ALO) a keener manner with immediacy and a more intimate vibe. The Theorem 720 plays it cooler and a little more (emotionally) distant. Matched with the right headphone, this is a good thing. Consider the AKG K701/2. Under-amped or mismatched, the AKG sound dry, scratchy, bright and lack acoustic mass. The Cypher Labs Theorem 720 possesses the intrinsic qualities necessary to iron out each of these potential quibbles. 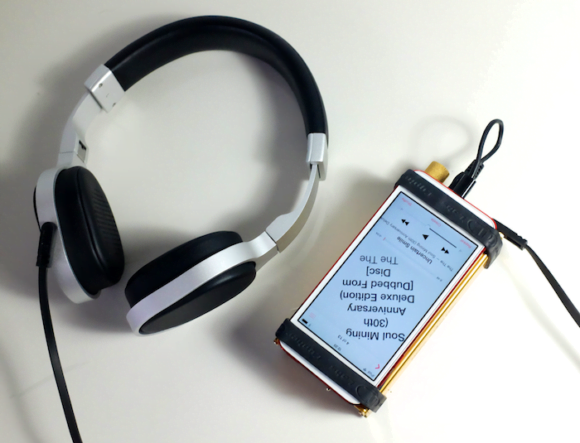 The compromise is size. Do you have a pocket large enough to sustain the Theorem 720’s size and weight? Some users will likely balk at the thought of something so bulky but recent exposure to the Japanese’ commitment to portable audio rigs has me re-thinking my earlier stance on the matter. The issue of what to do when with an incoming call holds fast. In keeping audio playback separated from telecommunications hardware I strapped an iPod Touch to the Cypher Labs DAC/amplifier and connected the two with the supplied Lightning-to-mini-USB-A cable.

Raw power is one of the major reasons to consider a portable amplifier. The Theorem can drive headphones that would bring iDevices to their knees; Audeze LCD-X, Mr Speakers Alpha Dog, Sennheiser HD800 and AKG K701/2. Detractors might argue that such ‘phones have no business being out of doors – and they’d have a point. But if you simply must wear your Audeze to the mall, the Cypher Labs Theorem 720 has your back. 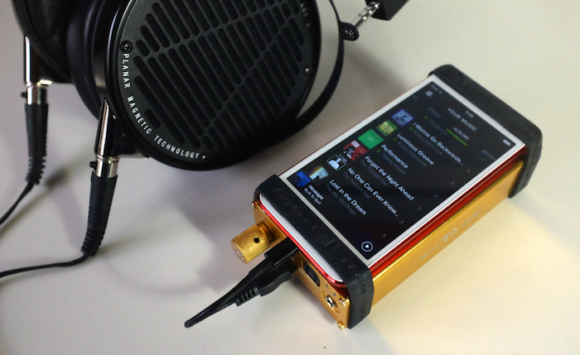 For the vast majority of headphones, the sound quality from iPod Touch + Cypher Labs brick aces the iPod Touch: better separation, better frequency extension, less nervy/twitchy dynamics. All the audiophile-centric touchstones are covered. Moreover, with an Apple-d front-end, you get to enjoy the Theorem 720’s talents with both locally hosted files AND streaming services – this setup is as connected as the Sony NWZ-ZX1 but sounds meatier. A win-win for those who prioritise sound quality over pocketable convenience. 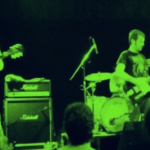 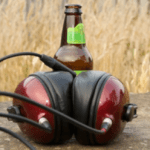