Ian Robinson started REDGUM Audio in Melbourne back in 1993 and has always been positively hardcore about keeping the manufacturing process in Australia. Twenty one years later REDGUM Audio are about to celebrate this anniversary by ringing in the Chinese changes: a range of Black Series Signature amplifiers manufactured in Shenzhen to ‘very specific Australian standards’. Skeptics of Chinese production should look no further than the most excellent Sonofa’GUM to know that REDGUM won’t be letting shit slide just because production is being sent off-shore.

The Black Series Signatures begin with the RGi35ENR which will feature the SignWave heat sink, a serious hike in power output and a drop in price. The original RGi35ENR sells for $AU1390 whilst the Black Series edition can be yours for AU$988. REDGUM intend to fund the production costs of the first 500 units of their new entry-level model via an Indiegogo campaign and early bird specials are available for AU$888 and AU$788, prices that include international shipping. Bonza.

(And yes, Black Series editions of the RGi60ENR and RGi120ENR are coming down the line in due course). 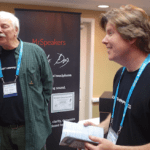 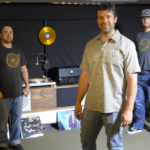