Each time I see Jason Stoddard and Mike Moffat they’re grinning from ear to ear. They know what they’re doing is re-writing what’s possible in the entry-level headphone and digital audio sector. Since the Newport Beach show in 2013 we’ve seen DACs and amplifiers roll out of Schiit’s California stable that have redefined what’s possible for around $100.

In Irvine this year, we’re treated to even more of this SMD-fuelled madness. Schiit have not one but FIVE new products on their table in the (sometimes  crowded) Headphonium. Stoddard and Moffat don’t need to play hard ball with demos and sales talk. Schiit’s now established price/performance ratio pretty much sells itself. 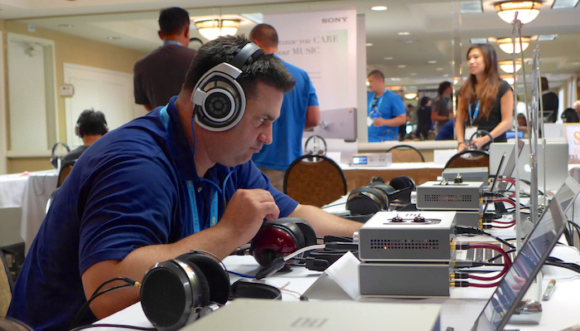 Lyr and Valhalla been updated to a second generation status that Stoddard proudly claims is considerably more than just a few iterative tweaks:

“Valhalla 2 is now fully ready for efficient, low-impedance headphones, with switchable gain and only 3.5 ohms output impedance in low gain mode (14 ohms in high gain). And Valhalla 2’s performance into high-impedance headphones is even better than ever. It’s also ready for your powered monitors, with preamp outs. It’s much, much more versatile than you’d expect an OTL tube amp to be.”

“Lyr 2 is also now ready for a much wider range of headphones, too. Five separate regulated power supplies, including the 180V tube rail and DC heaters, now make Lyr much quieter than ever before. And the addition of a gain switch allows you to use low gain for an even blacker background. Now, if you want to run orthos–and, say, Grados–Lyr 2 is great for both.”

A fifteen minute sit down with Lyr 2 and some LCD Soundsystem and Talking Heads revealed it to be real clever in digging up surface textures. 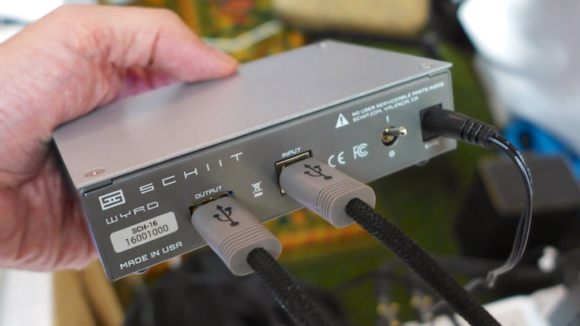 Next up there’s Wyrd. It looks a lot like the Modi DAC but it’s anything but. Common decency had Schiit revise the working title of Defuckifier to Descrewifier. Its purpose? To hoover up host PC noise. USB input –> reclock, rejuice –> USB out. Power comes from a low-noise, external linear brick (not switching). Keeping expectations appropriately low, Stoddard refuses to make wild claims about what the Wyrd will do to your system.

“We’re not going to make any claims about sonics, but it’ll definitely stop USB noise and power problems in their tracks. Some people say Wyrd makes everything sound better. We don’t know how it can possibly do so, so we’re going to stay Swiss on the subject.”

A sticker of US$99 means you can easily find out for yourself. 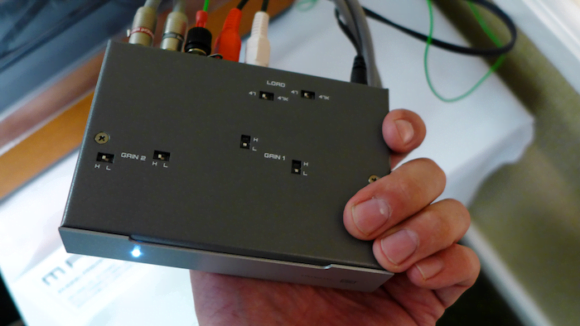 Also in Modi-like case is the Mani – a phono pre-amplifier with switchable load/gain in both MC and MM domains and a fully passive RIAA network. Again, a low noise linear power supply does the juicing. So far, so good. However, at $129 the Mani has the potential to become the goto option for incoming vinyl heads. It will put the likes of NAD, Pro-ject and Rega on immediate notice as soon as it starts shipping in August. 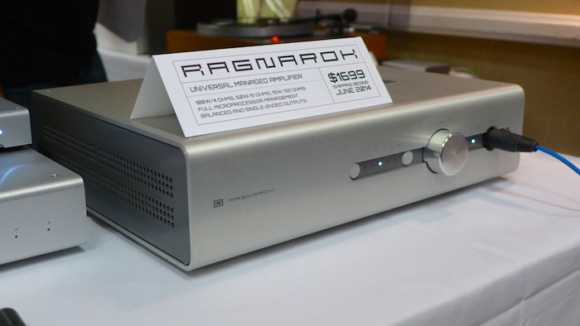 The Ragnarok’s major point of difference is microprocessor-managened power supply. US$1699 drops it right into Peachtree and Wyred4Sound integrated territory except the Schiit is (high bias) Class A/B and more specifically tailored to tango with the majority of headphones.

“It’s biased into Class A to about a 2W level into 8 ohms, or about 8W/32 ohms in more headphone-friendly terms” says Stoddard.

Let’s face facts: Stoddard and Moffat are (re-)writing the book on how to keep it honest. There’ll be a similar Schiit-storm of products landing at RMAF in October. 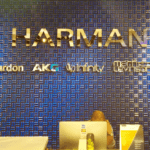 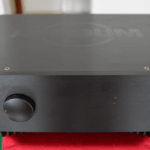