DOA. This time we won’t reinvent meanings. Dead on arrival it is. With such a gloomy mood we’ll keep it short too if not sweet. The impetus for today’s installment? An email exchange with Amphion’s Anssi Hyvönen. Having designed a range of pro-audio speakers for demanding mastering facilities, our Finnish chap works with numerous recording engineers. Needless to say those have some of the best ears in the business. Not only that, they know what’s on their master files to tell instantly what a playback/mastering system omits or alters.

Due to his personal connection with such mastering engineers, Anssi had ample opportunity to compare master files to their commercial releases. He’s even acquired numerous copies for personal use. He tells me that the difference between them and what us plebeian disc-spinning consumers listen to is very significant. The upshot is plain if disturbing. If you’re listening to polycarbonate, you’re not close to what the recording engineer and artists signed off on in the studio.

Certain Japanese luxo pressings like XRCD24 & Co. assume more complete control over the physical disc manufacturing process. This minimizes one type of loss. But conversion to a material representation whose format restrictions impose bandwidth and dynamic sampling limits is lossy by design. With uncompressed 16/44.1 downloads we bypass material conversion losses. With true high-resolution files–not upsampled Redbook fakes–we finally have opportunity to hear what’s on the actual masters; or at least get far closer to their truth than being fed dumbed-down Redbook mass productions.

Audiophile religion has a very reasonable credo. It says that any outcome can only be as good as what you started out with. Source is king paraphrases it. But in common parlance we think DAC or (SA)CD player when we think source. The obvious fact is, what we put into those machines is the actual source. Sadly here we have very little control other than perhaps the occasional choice between various remasters or access to ‘studio master’ files of hopefully true native resolution.

As we know, any good chef works directly with local farmers to procure the absolutely best raw ingredients he can. No matter culinary skills and kitchen, inferior produce won’t create ultimate results. Yet audiophiles who place/pay such a premium on/for sound quality have all along done their grocery shopping at the local chain stores where produce sells wrapped in antiseptic plastic. It’s astonishing we’ve had any decent meals at all. 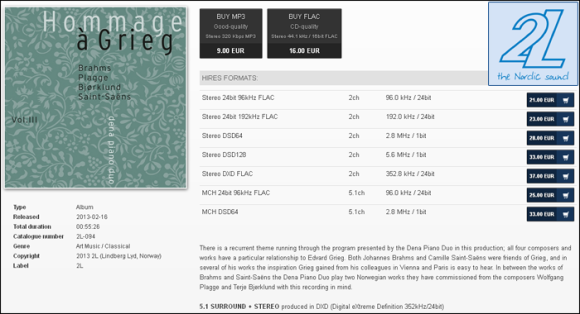 Obviously we’ve all learnt which local grocery stores have the best of what. If we care about what we eat, we buy selectively. We don’t shop at just one stop. Just so audiophiles have learnt which labels tend to deal in better-sounding CDs. We’ve recognized that with near predictability certain artists release albums whose sound quality is well above average to outstanding. If we haven’t yet put this together, it’s high time. No matter how we polish our systems, they only process what they’re fed. Garbage in, garbage out.

So inherent in the transition from physical to virtual media isn’t just the convenience of anytime/anywhere cloud access; or the vast WAV/AIFF libraries we may navigate at the tap of a touch-sensitive screen and distribute over our LAN to multiple locations and share wirelessly. Inherent in this transition is also the ability to process/decode files without lossy conversion to physical; to do so with magnetic rather than optical retrieval; and to transcend the dumbing down of high-resolution studio masters to 16/44.1 format limitations. With SDXC card readers or solid-state memory we even omit spinning bits. 24-bit/352.8kHz PCM or equivalent DSD files are available now, whether of music you want is another matter. Now our credo of ‘source is king’ has come closer to its actual coronation.

That our hardware is playing ketchup (being red with embarrassment) goes without saying. The best of modern DACs are close to actually processing today’s densest files at their true resolution. Most downstream gear isn’t yet up to par. 24/176.4 PCM might arguably be the highest data rate we can presently appreciate at perhaps 21 bits. Anything above it might remain imaginary and empty numbers until converters get even better and preamps and amplifiers rise to the occasion with lower noise floors.

Work on better hardware sources remains active. Metrum Acoustics’ Cees Ruijtenberg recently shared how they’re investigating “new techniques since we’re convinced that information buried in the noise floor remains relevant. I’ve attached a lab experiment. It shows a 1kHz stimulus of -135dB (related to 2Vrms) coming from a prototype DAC. On the left side you can see the 50Hz hum which is already very low and probably picked up from my soldering iron. In the middle you see this stimulus and the 2nd harmonic around -145dB at 2kHz. Assuming that we can hear such small details in the noise, we must assure that they won’t be masked by the electronics. This low noise floor of about -153dB helps a lot but it has forced us to go deeper and deeper. Our transformer gain solution is one of the ways to recover such very weak information.” 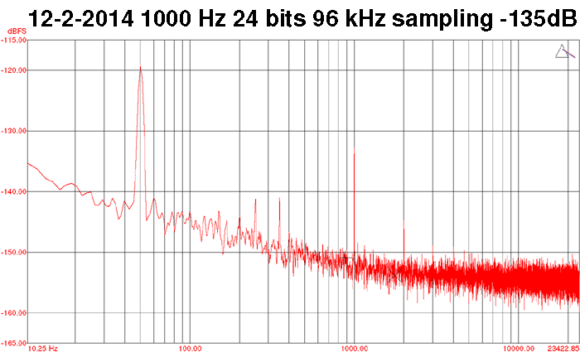 To keep it honest, it’s important to remain cognizant of existing resolution bottlenecks. And we’ll admit in the same breath that better source material invariably sounds better even if we’re not yet ready to reap its fullest rewards. Those who trash-talk PC audio as being a mere crony to convenience and not quality won’t like this next anecdote. To do some comparisons with familiar tunes, I recently visited a friend with the 32GB SDXC card of my camera loaded with 60 WAV tracks. I’d also burnt those to disc. When we compared a €10’000 Philips CD-PRO2-fitted top-loading Italian transport whose I²S output fed the matching DAC against a $400 Japanese card reader with custom surrounding circuitry into the same DAC, the latter clearly won. For me that’s the chief argument why one really ought to pursue computer audio.

Sure the conveniences are nice. In fact they seem impossible to do without once gotten used to. But even if 99.9% of your library is still 16/44.1 Redbook like mine, you can get better results with virtual rather than physical media. Of course proper PCfi is far more than running iTunes on a 6-year old laptop with a funky USB wire. It’s simply beyond today’s missive to go there. Our point was that to turn DOA into alive and kicking means to start out as high as possible. For that uncompressed Redbook to high-resolution files really are the gateway. That’s why with a move to new digs coming up, I’ve cleared out my overloaded CD rack and put it up for sale. All the discs are already stowed away in archival boxes. No need to have ’em take up room in the living space when they do just as well in the cellar gathering dust… 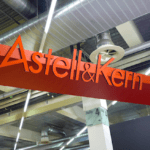 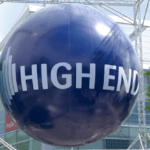