Having original clocked his modded Hiface at the Fujiya Avic store the day before the show, the heat was taken out of my ‘WTF’ reaction upon meeting Aurorasound‘s Karaki-san. He was vague about the goings on inside the box but the addition of a Neutrik USB connector will likely be welcomed by those wanting to stir in a fancy USB cable.

Karaki-san’s Hiface Two Pro is (yet another!) Japan-only product that sells for around US$330. However, our man is considering export markets for this and the similar-looking USB power supply. Further up the food chain, this effusively polite gent also makes the HEADA headphone amplifier and VIDA phono pre-amp. Aurorasound are emphatically a company to watch. 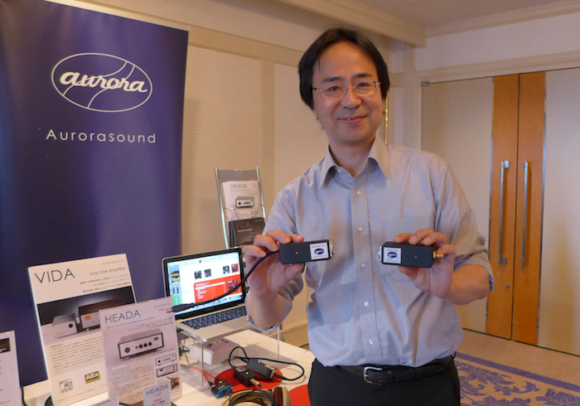 Also worth pricking up yr ears for is the latest portable amplifier from Vorzuge. A brief audition of the VorzAmp Pure II (US$565) was enough to secure thoughts of flair and delicacy. Rechargeable Li-on battery for around 10 hours playback, the Vorzuge is smaller and lighter than the ALO Audio International+ and no way near as overtly ebullient. There’s no internal DAC which should be a consideration if and when you investigate further. A good number of Head-Fi-ers I spoke to REALLY rate this natty device. 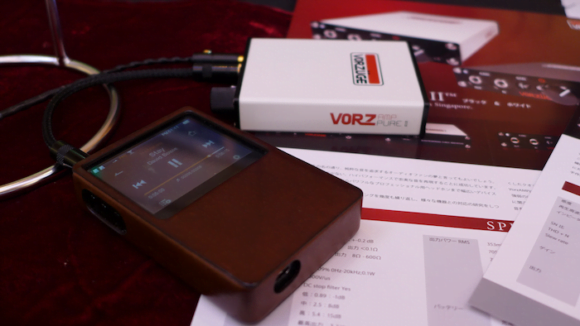 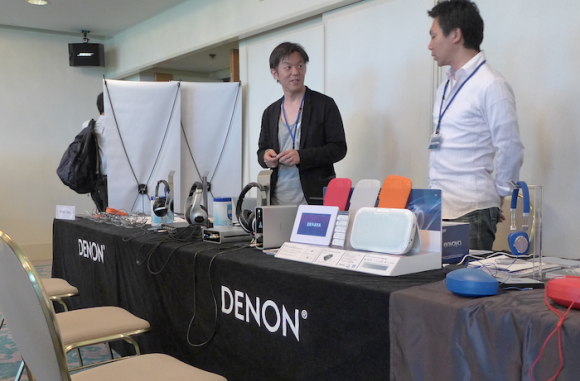 Denon were at the Fujiya Avic show to launch a new desktop model that’s due to drop anytime soon…in Japan. I don’t take notes at shows – it spoils the flow of conversation. Instead I rely exclusively on memory and the odd thought pushed out onto Twitter. Sometimes that show MO lets me down. Annoyingly the name and price of Denon’s fully DSD-capable unit escapes me. I do recall that a smaller, cheaper variant is slated for October. 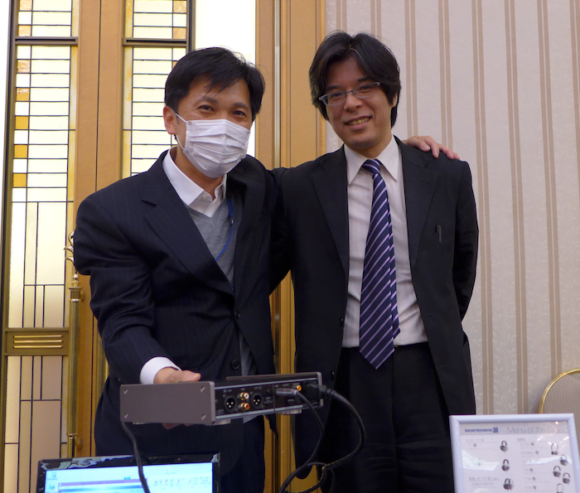 TEAC‘s booth was staffed exclusively with salesmen who were as humourous as they were informative. The UD-301 is a scaled down version of the ever popular UD-501: a single transformer (as opposed to the UD-501’s two) and only one each of USB, optical and coaxial inputs gets you into DSD listening for around US$500. Balanced outputs too. Also coming to market is the HA-P50 (~US$599) portable that played nice over USB with a Cyanogen-modded Google Nexus 5, one of the few units to do so without qualification. 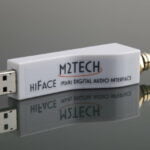 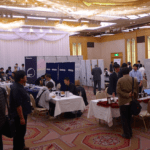