Picking ‘best in show’ might be considered crude by some but it’s my way of highlighting products I enjoyed the most, the ones that stand out, the ones that shorten breath and solicit those ‘holy shit’ exclamations….and it isn’t always the most expensive, luxurious items that get the love.

Fitear seem just about untouchable when it comes to high-quality IEMs. They have a new universal model making its debut at the show, it has no name but it sounded terrific…but the jokes on you and me because we can’t buy it and there’s no release date on the horizon. It’s juts there for the listening and the drooling (and customer feedback). That’s one clever marketing ploy but that it’s not yet a production model precludes it from best in show assignation.

Instead, we turn our attention to entry-level, full-size cans. And unexpectedly those headphones come from Sony. The MDR-1R is now has enjoyed a jump to MK2 status but not because there have been any changes to drivers, earpads or voicing. “We changed nothing about the acoustics, only the cables. We added a 3m cable in addition to the 1.2m cable and 1.2m cable with remote control. All conductor material was changed from PC-OCC to OFC.”, says designer/engineer Tsunoda-san . His MDR-1R MK2 is one helluva closed-back headphone for the money. 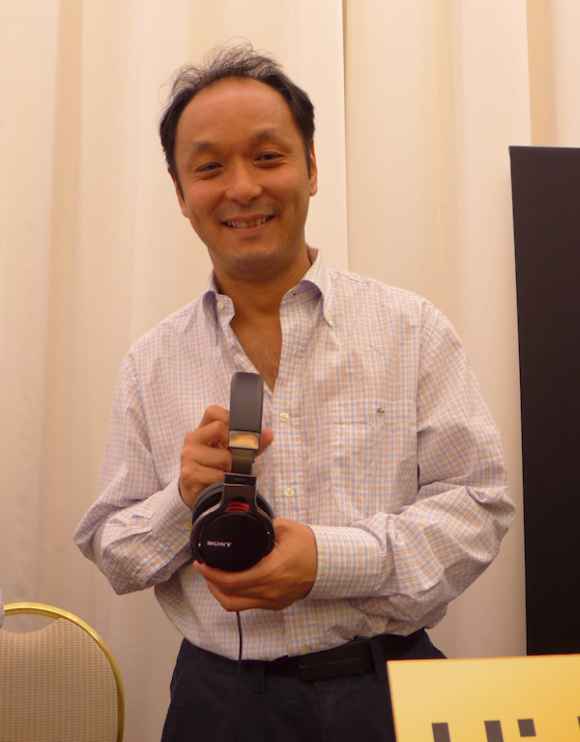 US$250 gets you get a sound that extremely easy-going sound that plays well with all manner of music. It won’t get close to the likes of Beyedynamic T1 or Audeze LCD-X (obviously) or even Mr Speakers Mad Dogs; those particular rivals deliver more detail with better refinement. No, the Sony model gets ‘Best In Show’ because it doesn’t do anything wrong and it’ll play ball with your smartphone without exposing its inherent sonic flaws (even the rather flat-sounding Google Nexus 5). Nothing jumps out, you don’t feel short-changed in bass or treble extension, the midrange isn’t recessed, and the overall presentation isn’t bright nor is it muddy. Everything is just so. Round of applause for a dynamically engaging but forgiving heapdphone. Here, Tsunoda-san scores the first of three DAR ‘best in show’ assignations at the Spring 2014 Fujiya Avic show.

Such high hifalutin talk ain’t empty; the day after auditioning the MDR-1R MK2 at the Sony table I bought a pair of at Akihabara’s Yodobashi Camera where Sony’s push with HRA can be seen everywhere you look. It seems these guys are deadly serious about moving sound quality forward once more. 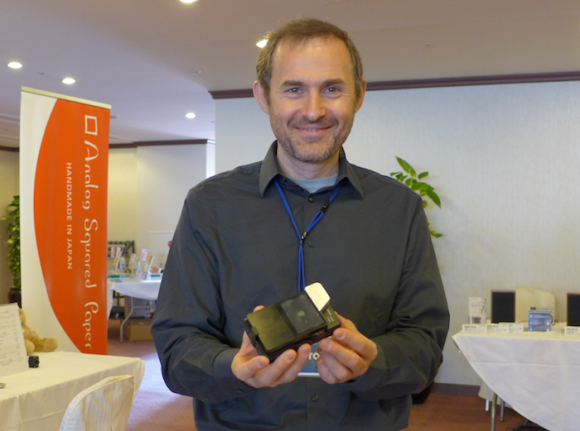 Just because Astell&Kern have this week significantly revamped their AK100 and AK120 players doesn’t mean your Gen 1 device is ready for eBay. Not content to simply launch the Mini-M8, Michael Goodman this week has dropped a whole new brand onto his CV. Glove Audio limits the CEntrance brand’s exposure to the fast-moving and fickle nature of the peripheral device market. Their new Glove portable amplifier and DAC (US$600) nets a ‘best in show’ gong because it highlights Goodman’s lateral thinking, daring and imagination. 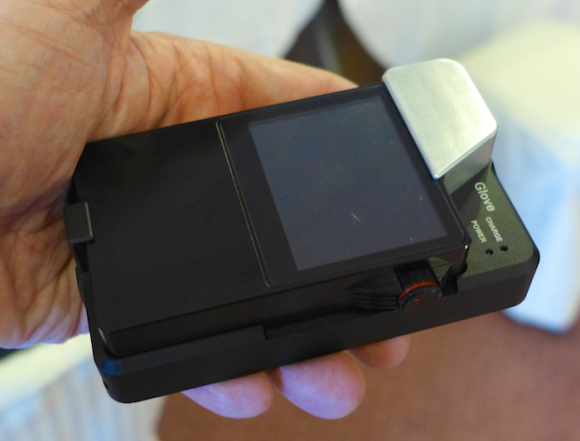 You don’t just rubber-strap the Glove to your AK120 or AK100, you screw it into place as if it were a more permanent exoskeleton. The Glove then taps the A&K’s optical output to provide its own D/A conversion and headphone go juice. A super quick listen revealed the Glove to be a far more punchy and dynamic sonic proposition than the stock AK120’s headphone output. And yes, it the combo will slip into a front jeans pocket which means a review unit will be coming my way down the line. 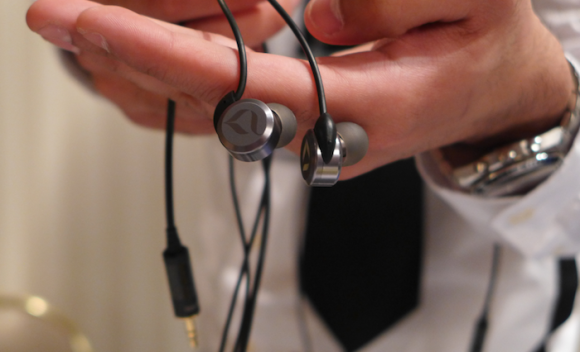 My first exposure to Singapore’s DITA Audio wasn’t at the show itself but during an initial visit to the Fujiya Avic store, two minutes walk from the Nakano Sun Plaza. DITA’s Japanese rep Shibata-san had stopped by to finalise show details and after assisting with English-Japanese translation between myself and Tanaguchi-san (the store manager and organiser of the show), invited me to audition the least expensive of their two universal IEMs – The Answer that sells for US$650. Treble extension meant detail dig and textural information but were like nothing I’d previously heard the money (US$650).

However, it wasn’t until visiting the DITA Audio booth at the show, where a range better-fitting tips were available, that everything fell into place. Once a proper in-ear seal is achieved the ear the The Answer come on like a Sennheiser HD800. Resolution is presented with high megapixel resolve, no stone left unturned. Taking us from X-Ray to Catscan is DITA’s second model, identical in every way to its baby brother save for the Van Den Hul cable. This is the Nederlander’s first foray into headphone cables, here turning DITA’s The Answer into the Truth edition and adding US$350 to the price in the process. What a great way to silence cable doubters. The Truth edition takes bass considerably deeper and treble sky higher, lending it an ultra-insightful way with subtleties missed by some rivals. To say the The Truth is airy like saying its cold in Antarctica. First-hand experience is damn near essential. Keen? Make sure your DAP or head-amp is up to the job, otherwise the Van Den Hul wired variant will wear you down-and-out with ruthless reveal up top. For me, this was the biggest ‘holy shit’ moment of the entire show – what a way to demonstrate what’s possible from an dynamic-drivered IEM. You’ll be seeing more coverage on DITA Audio on these here pages down the line. 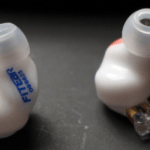 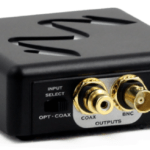