Being an audiophile: it’s not all about the music. If it were, we’d all be content listening on Crosleys and smartphones. Being an oenophile isn’t all about the wine. If it were, we’d all be content drinking from plastic cups. The delivery vessel matters. What pushes audiophiles forward is a desire to bring better sound quality into their lives through better hardware. What percentage of interest is split between gear and music (or: wine and glass) will come down to personal preference.

In upholding the “it’s all about the music” point of view, shouldn’t your local hi-fi emporium not be playing music more or less constantly?  Some do. Many don’t. Tunes spun at an agreeable volume that don’t crowd out sales talk and deal closure. A recent couple of visits to Hi-Fi Trader in Sydney’s Newtown had me thinking about a lack of the fuel in the engine and fire in the belly. The welcome and service is of a high standard but why so quiet in there? Could high street retailers could do way more to emphasise their raison d’etre? After all, they’re selling the equipment that makes music sound glorious, without which there’d be no hi-fi industry.

Without music in the air, stores run the risk of presenting as tributes to the hardware of a bygone age. And yet that’s exactly how I saw it at Lyric Hifi in Manhattan’s upper east side: 70s-influenced decor bearing down gloomily on some serious hi-end pieces from the likes of Focal and VPI. The welcome was agreeable but apparently time wasn’t long enough for even the shortest of demonstration. Perhaps my accent rang too loud with ‘no sale’, thus rendering any time spent with this fellow as DOA? Nonetheless, the store was eerily quiet. Odd.

A similar tale played out downtown at In Living Stereo where the store’s new location is split between vinyl and hi-fi spaces. The former’s welcome could not have been more welcoming. However, on the other side of the floor to ceiling glass wall that separates east from west, the reception was agreeable but cool. I was free to wander – look but don’t touch was a vine that easily drowned out the sound of a needle endlessly clicking in a records run out groove. In their main room, John De Vore’s presence loomed large. The aesthetics were warm and inviting with loudspeakers from France’s Davone taking centre stage whilst a Leben amplifer sat glowing off to one side. You couldn’t fault the appearance but the sound was again one of a pin dropping.

I’ve visited one of Japan’s best headphone stores before. The range of products on offer at e-earphone in Akihabara is simply staggering. Just around the corner is the equally astonishing two-channel equivalent: Dynamic Audio. Six floors of the best hi-end audio gear you’ve ever seen in one location. I was flabbergasted by all that sat on display on the ground floor, let alone that which followed as I took the stairs successively higher.

And yet, even with this selection of wondrous equipment, mild-mannered music squeaked politely and quietly on each floor. If it weren’t for the sharp eyes (spotting an Airplayable Apple TV connected to a Linn DAC) and pushier nature of my travelling pal, we wouldn’t have been treated to a thorough twenty minute blasting all manner of Sleepers Awake, Black Dahlia Murder, Lorde and Churches through JBL Everests powered by McIntosh electronics. In an unexpected turn, our host Sato-san wanted to turn it up to 11 – the exact opposite of silence!

Quiet hifi stores invoke thoughts of a lesson without a teacher, a ship with no captain or – worst of all – a pub with no beer. Often the music sells the gear without the need for a pushy pitch. Without it there is a lack of listener engagement.

Fortunately, for every strike of in-store indifference there were several staffers at this year’s Munich Hi-end show who could teach their store-managing cohorts how to better sing a sales tune. Store owners could attend shows not simply to ogle new models or ink retailer deals but to find inspiration from the best of the best in ‘demonstration delivery’ and its more oblique cousin ‘listener engagement’.

One must work hard to make a static display stand come to life. Roy, he who put the Hall in Music Hall, worked splendid resuscitation with his own line of electronics and turntables. Whenever you encounter Hall, he’s nothing if not engaging, infusing his brand with some personality that the products themselves often lack. I’m confident Hall won’t hear me say that as he has already loudly and proudly proclaimed that he never reads this site.

Ever present to hold court with jokes and jibes, a lack of personality is not something you could ever accuse Hall of. “You’re that pretender from Australia, aren’t you?”, scoffs Hall with a knowing wink. “Now here’s a REAL writer!” – Hall gesticulates in the direction of an approaching Art Dudley. Of course, those that visit the Music Hall exhibits will know that the main attraction isn’t just the man himself but his whisky, with which his generosity runs contrary to stereotype. The point? Roy Hall engages his audience with wisecracks and liquor.

Another champion of listener engagement is Johan Coorg, a man who doesn’t simply let a playslist run its course throughout KEF’s Munich launch of a new Reference range of loudspeakers, there powered by Arcam electronics. Coorg introduces each piece of music enthusiastically and then, after hitting play, grooves along to it side of stage. It’s a product demonstration done up good and proper; something that other exhibitors and high street store owners would do well to emulate. Better still, you won’t hear any of the usual audiophile guff at a Coorg-fronted KEF demo. A carefully curated playlist – into which he random dips – sees the man thoroughly engage his audience. And that’s probably why the KEF/Arcam space was packed solid each time I stopped by on my way to somewhere else.

During a long conversation about computer audio which featured nary a mention of the host company, Audioquest’s Steve Silberman described his ideal hi-fi store this: a barista serving (good) coffee would front the doors which would then lead you onto a bench dominated by products with which the man in the street is already familiar: a range of tablets, PCs and smartphones. Attached to these would be DACs, (headphone) amplifiers, headphones and the like.

Silberman is a master of getting his message across and he does so by letting the results speak for themselves instead of just talking tech turkey. Ten minutes in the Audioquest space was all it took to prove to this listener beyond all reasonable doubt that ethernet cables do make a difference to sound quality. A conclusion that must be heard for oneself to be believed. 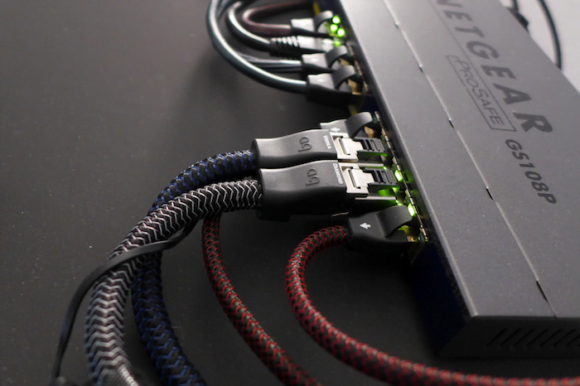 Female attendees and (especially) exhibitors are often a soft target for snickering Beavis and Butthead coverage. “Look, GIRLS, hehehhuhhuhhuh!” runs the underlying message; it’s a tell-tale sign of the amateur commentator, all too eager to prove that audiophile gatherings aren’t just about boys and their toys. Let’s face facts: 99% of show attendees are fellas and smothering show coverage with a disproportionate number of chick picks isn’t going to draw new female listeners any closer.

A prime target for such adolescent nonsense is Tasvee Uka who fronts the audioNEXT booth. They’re the Essen-based local distributor for Audeze. Uka is Audeze’s International Sales Manager and she works tirelessly to implore casual passers by to stop, put down their shyness and take a listen. Alex Rosson is on hand at times to fill in the gaps and field more technical questions whilst the audioNEXT team take dutiful care of non-English speakers. Many cogs make for an impressively thorough demonstration machine.

The more eager Audeze auditioner gets amplifier-matching advice and comparative information on the differences between LCD-2, LCD-3, LCD-X and LCD-XC, all of which are up for mix and match with juiceboxes and DACs from the likes of AURALiC, m2Tech, Beyerdynamic, Meridian and (my personal favourite) the little known MalValve head amp three (€4500). It can drive all three models simultaneously and it’s a choice pick to discover for myself that the LCD-2 remain too rich a chocolate for my tastes. The LCD-X are more my bag, offering sharper midrange contrast and dynamic poise than the LCD-3. A delta that could probably be atrributed to the former’s greater efficiency? I still find Audeze ‘phones a little on the heavy side – a complaint that Uka says she hears a lot – but I’m coming around to them. Their sonic talents look set to eventually erode any lingering gripes I might have about adjusting the LCD-whatevers for a comfort fit that’s way more conducive to long-term listening sessions. 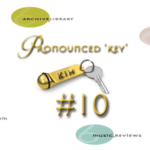 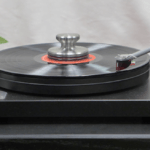