Conspiracy theories. They keep us occupied for all manner of things. In audio publishing a quite popular one is the paid-for opinion of reviewers. The setting for it is most basic. Because nearly all audio publications rely on the ad-based business model—the per-issue price of most print magazines barely covers their paper, ink and shipping—advertisers and writers must, so goes the creed, form an unholy alliance of mutually beneficial corruption. Ad revenues buy rave reviews for supporters and bad ones for non-paying competitors (or those get locked out of the review process entirely). Presumed payola takes the form of hard smokable cashish or endless equipment loans which are eventually upgraded with more current versions to keep the goombah’s virtual pen in a happy mood.

And certain activities did surface on certain fora over time though it is surprising how little effect they’ve had or how many seemed to pay much attention. Incidents include writers selling off review loaners for personal profit; or writers moonlighting as paid consultants to firms whose products they covered. Armed with such occasional proof of impropriety, the conspiracy theorists can’t help themselves but to assert widespread abuse whose lack of hard evidence is merely due to an associated conspiracy of denial. When certain brands enjoy disproportionately regular coverage in one publication whilst others there get none at all, it’s all considered grist for the mill. So is the simple fact of advertising and getting reviews. Heck, just being a reviewer is somehow circumspect.

Realists would agree that whenever people are involved, mistakes are being made. Unethical or at least questionable behaviours shall surface over time. Knowing that, responsible management creates internal protocols for checks and balances. This minimizes abuse and exercises a zero tolerance to violations. Nothing can prevent abuse of course but ridding one’s staff of those found wanting is the next best thing on more than one level. 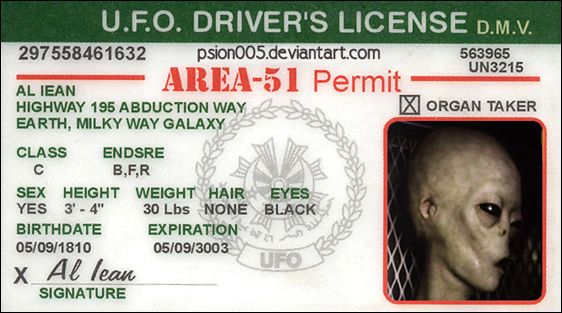 Realists also consider the operational model of audio magazines both print and online. Whilst key contributors or part/sole owners might enjoy a salary sufficient to live on, most audio reviewers actually have proper day jobs. Their writing gigs are essentially driven by enthusiasm. For that they might derive a small compensation but very many do not. The core engine that actually makes this system tick is regular access to gear. Enthusiast contributors enjoy being able to listen to a broad range of equipment like an endlessly rotating door. Their added reward is being able to occasionally purchase a review loaner at dealer cost rather than retail. That’s no different from working in a car dealership and buying a ride at landed cost or working in a restaurant whilst enjoying free meals.

Here conspiracy theorists inject that this discount option–formally called industry accommodation--creates a ripe environment for would-be buyers to approach makers of dream equipment with offers of glowing reviews in trade. As with any equation that adds people + opportunities, it’s certain to have happened. Each year multiple trade shows around the world provide countless opportunities for secretive deals. Add the endless rise of new brands seeking exposure and recognition. That carousel just keeps spinning. Abusive writers could thus descend on any audio show with the express intent to seek out naïve newcomers most desperate for a chance at the big time who might eagerly play their game. Success of course depends on basic naivety and manufacturers agreeing to play foul.

Realists know that a critic’s standing, influence and reputation are only as good as his credibility. That currency of cred is very hard to earn. It takes years of hard work to build up and just one ‘scandal’ to lose it. Would writers who invested literal decades into their standing suddenly risk their credibility (and livelihood if they’re full-time reviewers) for a shady deal? Realists further appreciate how the rise of the Internet has created far more competition in the publishing sector. It’s easier to avoid known/suspected abusers than it might have been during the pre-Internet era when one or two publications per country essentially owned their markets. Manufacturers can work with other magazines. Readers can stop contributing page views or sales statistics to magazines they don’t deem worthy of support. Conspiracy theorists meanwhile keep reading the very publications they claim are corrupt just to keep busy with their obsession. 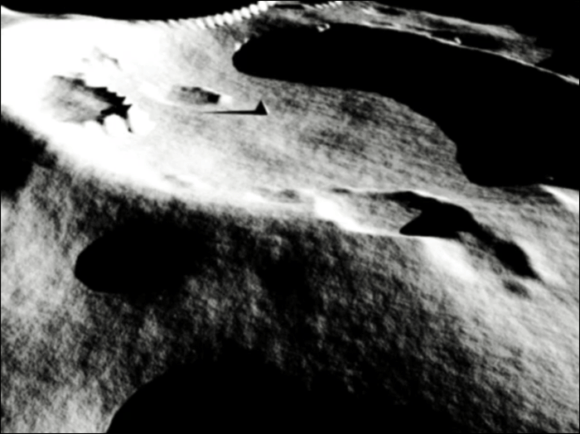 For the reader new to this hobby and feeling like a kid in a candy store when it comes to whom to read and what to believe, this should be confusing and titillating all at once. Here are a few pointers of common sense:

A/ Established manufacturers with developed retail infrastructure no longer rely on reviews to get established. As a general rule they are (can afford to be) far more selective about which publications they entrust with gear loans or step out of the review process altogether. Tracking what brands particular publications cover can be a useful indicator about the kind of regard the establishment holds them in.

B/ Since the ad-based business model makes sponsorship a basic fact, inspecting whether a publication covers a reasonable percentage of non-advertisers with reviews is a decent indicator for their open access policy.

C/ Following particular writers over a period of time is the only way to develop a feel for whether they’re consistent or haphazard, open-minded or narrowly biased, broadly aware or highly specialized, laudatory about everything or hyper critical.

D/ Occasions for comparing personal gear experiences with review findings could be scarce if a lot of exotic components are involved. Still, sooner or later at least one or two such occasions should arise to create either agreement or bewilderment. In the meantime the cross-referencing of different reviews on the same equipment fills in gaps. Such triangulations also help illuminate which writers do a more comprehensive and careful job than others who by contrast might seem to merely go through the motions and notions.

E/ Emailing reviewers with questions and critical feedback to see how they respond (if at all) is another valuable tool to get a more concise picture.

F/ Magazines ought to disclose if/when any of their contributors hold industry affiliations as dealers, distributors, importers, brand evangelists, ad copy writers, PR personnel and such for one or more audio companies. And to put the appropriateness of given writers to review certain gear into context, descriptions and photos of their rooms are mandatory. A writer with a 10 x 15’ room reviewing very big speakers should certainly be circumspect. 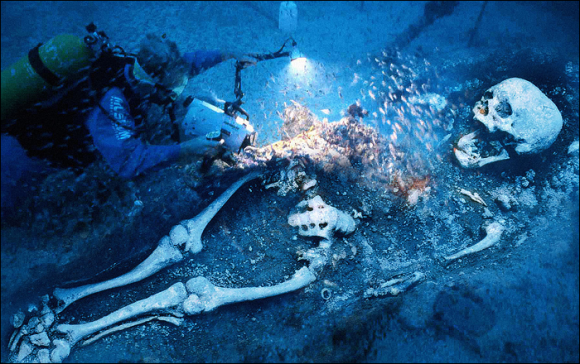 All of this requires actual work by the reader. It’s not about passive consumption like listening to background noise. But that’s no different than forming an educated political opinion if one wishes to be properly informed. Relying on just CNN (pick any mainstream news agency) certainly isn’t sufficient. And for all that we’ve only touched upon reviewing as a source of information. There’s also the angle of pure entertainment. Hobbyists enjoy photos of exotic gear, anecdotal writing, show reports, interviews, sparring in the letters sections and in general the feeling of being associated and part of something bigger. After all, most readers continue to read reviews well past having successfully assembled a more or less satisfying system. That suggests that the primary function of reviews isn’t as purchase assistants. It’s entertainment.

Once we get to that, there’s a shift. It’s no longer about hard data presented like dry test scores or scientific dissertations with associated graphs, measurements and foot notes. It’s about personality, passion and fun. It’s about feeling stimulated and made to think even by way of stark disagreement. Outrage and ridicule (at claims for voodoo tweaks perhaps) can have their proper play too. Where conspiracy theorists apply moral and truthfulness standards which get dead serious in a hurry, the entertainment seeker’s primary concern is feeling turned on in some fashion. It’s not that serious but just as meaningful.

In the end we can probably agree that the best reviews and publications provide both – hard trustworthy facts and light entertainment backed by transparency and disclosure. The exact mix depends on the reader. To close the circle with our beginning, nobody I know on this beat is getting rich or living big. Having fun doing what we’re doing over working a big-paying but soul-killing gig seems to be the prime motivator. Obviously those who chose to do it full-time must make a living they deem commensurate with the time and effort put in. Just because Internet publications are free to read doesn’t imply we can do it for nothing. It’s actually our ad sponsors who pay so you may read us. Were that to mean that in an either/or scenario of available review spots a sponsor received access priority–which isn’t bought opinion, just a slot in a schedule–the realist would consider it common courtesy. The conspiracy theorist calls it proof of wrong. 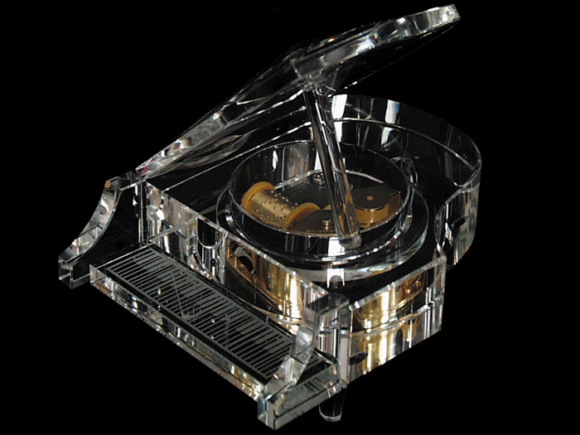 If you really think on it, the fairest business model would borrow from medicine. Regardless of whether you’re cured or not, seeking out a doctor for a diagnosis and potential treatment costs money. The doctor’s time and expertise demand it. By the same token, reviews should be paid for by the manufacturer to cover the chosen expert’s time and expertise. Nobody should be expected to work for free. Yet in the current ad-based model, that’s exactly what all non-advertisers expect and get on a weekly basis: something for nothing! That paying for a reviewer’s raw time couldn’t buy his opinion, just his ears and keyboard, would obviously depend on impartiality and credibility. It’s a sign of the times, general cynicism and perhaps past sins that no magazine has attempted it yet. But to my way of thinking, that very fact says more about the status quo of our publishing sector than all else combined. What certainly doesn’t help is the current rise of double-dealing contributors who moonlight as consultants to manufacturers or derive income from industry-related activities whilst reviewing. They and their publishers ought to reflect on the undermining impact this has on our entire sector by actively feeding rather than starving out these conspiracy theories. 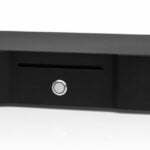 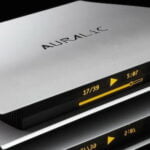