AURALiC claims to have invested a cool $1m into developing the Lightning Streaming technology that saw a soft announcement last October and then a more formal launch at this year’s CES. AURALiC is now set to launch the first Lightning Streaming device(s): the Aries and Aries LE.

The Aries’ aesthetics strike the bullseye of this reviewer’s desire for crisply-defined minimalism. Each unit measures 25cm x 20cm x 7cm. The three inch OLED display, similar to the one found in AURALiC’s Vega DAC, doesn’t hurt either.

But what does the Aries actually do? It’s designed to act as a bridge between your digital music collection and your DAC. This includes both network attached storage (of local files) as well as streaming services such as Spotify and Qobuz. (I can already see this streamer filling some of the void left by Logitech’s discontinuation of its Squeezebox Touch). The Aries’ network connectivity comes courtesy of high-speed wi-fi and gigabit ethernet.

According to AURALiC CEO Xuanqian Wang, “[The music] must be on a uPnP server, either a NAS drive or a computer with server software installed. uPnP server recognition is the same over wi-fi and ethernet.” 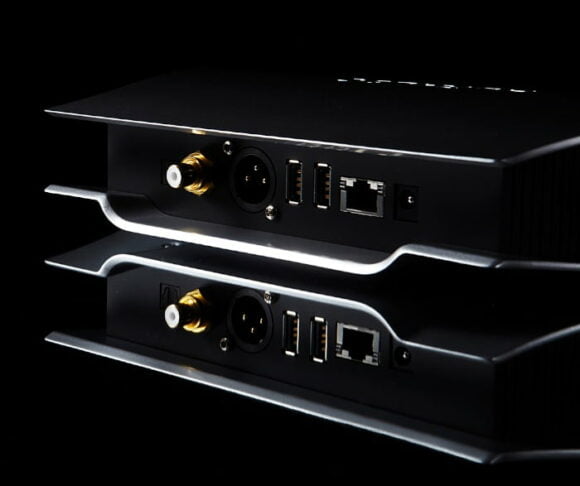 On the rear of the unit, outputs. The Aries’ USB is buffered by AURALiC’s patented ActiveUSB™ technology and can deliver PCM up to 32bit/384kHz (DXD), DSD and 2xDSD. AES/EBU, coaxial and optical outputs each top out at 24bit/192kHz in accordance with the S/PDIF standard.

Device control comes from the bundled remote control but more advanced functionality will undoubtedly come from the Lightning smartphone/tablet app. Dedicated versions for both iPhone and iPad will be available upon Aries’ formal launch at the Munich Hi-end show next month but the Android port won’t surface until September this year. Desktop applications for Windows and OS X are scheduled to arrive before the end of 2014. 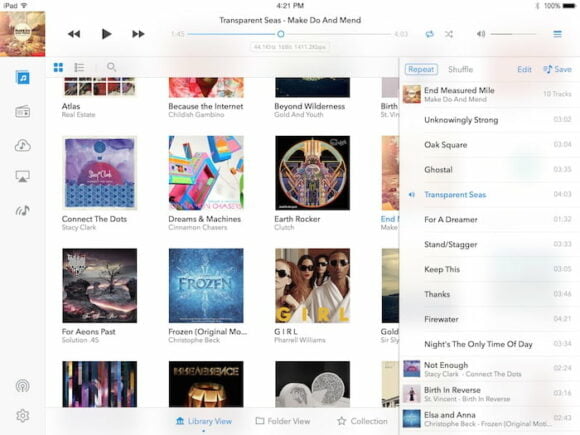 The Aries will come in two versions: standard and LE. They won’t run you an arm and a leg but European pricing promises to be a little stiffer than in the USA:

• ARIES LE (with low-phase noise crystal and standard external PSU) will sell for US$999/€999. 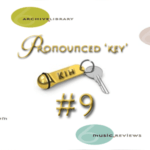 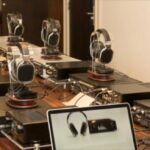