I’ve written before about the disconnect between the music played at audio shows and the REST OF THE WORLD. Headphone listening aside, Pitchfork fodder is rarely found at RMAF and you’ve got a snowball’s chance in hell of hearing anything covered by Resident Advisor over at THE Show Newport Beach. Those lusting for kick-ass rock n roll or electronic weirdness at audiophile gatherings will find slim pickings. I’m becoming as much of a broken record about this detachment as those who endlessly spin Patricia Barber, Nils Lofgren and Angus & Julia Stone.

What I’m not saying here is that my favourite artists are better than anyone else’s favourite artists, just that mine (and perhaps yours) hardly get a look in at local audiophile society meets and when they do, front row faces wrinkle and noses get all turned up. Who’s the snob now?

I suspect this is contributing to the lack of general mainstream take-up of hi-res audio: 1) people can’t find music with which they are familiar or 2) they don’t get to hear said music during killer system demos.

With sample rates varying from release to release, it appears that Pono isn’t the online music store to offer music in the same resolution as was (presumably) used in the studio.

Joining the HDTracks catalogue this week is a surprise from leftfield: The Hold Steady’s new album Teeth Dreams, available in 24bit/96kHz PCM of US$18. Like this writer’s other favourite contemporary rock n roll outfit (the Future Of The Left), Craig Finn and company crowd-funded their latest long-player via Pledge Music – a Kickstarter for musicians. The similarities to the FoTL’s career trajectory don’t end there: Teeth Dreams is a clear attempt to streamline and clarify a band’s sound after an underwhelming previous album.

Shorn of record company interference, this fresh focus sees the Hold Steady (mostly) reconnecting with the bar-room-bawled Springsteen-isms that made their third album, 2006’s Boys And Girls In America, such a euphoric joy. Think: Kerouac meets Husker Dü. The characters that permeate Teeth Dreams aren’t quite as crisply defined as on sophomore effort Separation Sunday but the twin guitar assault of Steve Selvidge and Tad Kubler keeps the pace brisk, binding the listener tightly to Finn’s tales of post-comedown reflection; you’ll need several passes to scratch the surface of Teeth Dreams’ foggier scenes which Finn now delivers with as much croon as bark. 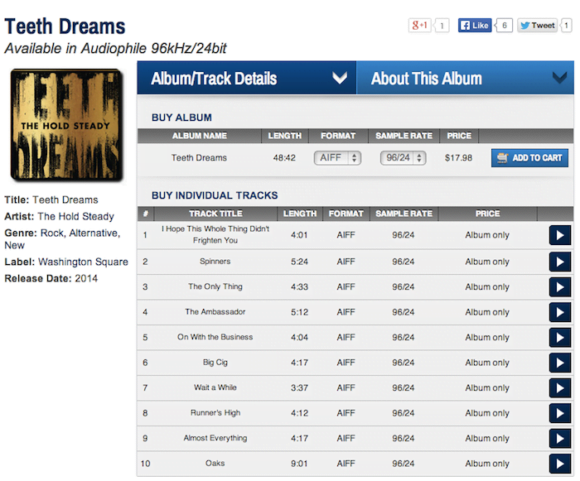 As far as sound quality goes, it’s not the best sounding album ever recorded (and mastered) but neither is it the worst. So what – it kicks royal arse, so play it anyway. Play it LOUD, play it often. My other sticking point with some (but not all) audiophiles is that they allow their system to dictate their music choices. The tail wags the dog. I’m a music nut before I’m an audiophile and when faced with a choice between better gear or more music, I will nearly always choose the latter.

With widespread critical acclaim underpinning the simple return-to-form message already behind it, Teeth Dreams will likely be The Hold Steady’s best selling album to date. A healthy dose of arena rock aspirations means it’ll also play nicely on the radio. But that’s the not the focus of this piece. It’s this: that the HDTracks release brings The Hold Steady to more audiophiles’ attention; especially to those who curate musical programmes at shows and society meets. I’m convinced that I’m not alone in this: that the silent majority want more rock n’ roll at RMAF, at THE Show Newport Beach, at the Munich Hi-end Show and at the Australian Audio and AV Show. They want more Skrillex, more Lorde. Heck, even the Rolling Stones could do with more airtime.

If not, audiophiles are doomed to that awful cliché of being balding bores who listen to only jazz, classical and Diana Krall on $100k systems (that few could realistically afford to own).

You can follow Darko’s “Enough with the Diana Krall already” Spotify playlist here. 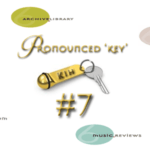 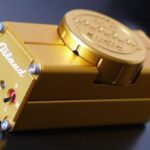