You were only supposed to blow the bloody doors off! Light Harmonic make the $20K Da Vinci D/A converter. They also make the rather splendid LightSpeed USB cable. However, Light Harmonic will probably be most famous from now on for their portable DAC/headphone amplifier the ‘Geek’ (since renamed ‘Geek Out’) whose development and manufacturer was funded through Kickstarter. The crowd-funding campaign was UNBELIEVABLY successful, hitting its $28,000 goal in less than 11 hours and ultimately raising more than $300,000 (1500 orders) during the 30-day campaign. It turned heads in the hifi industry and other manufacturers, eye-ing Light Harmonic’s success, have subsequently jumped on board this new way (to the audio industry at least) of bringing a new product to market.

“This experience has given us more than we ever thought possible,” says Gavin Fish, VP of Sales and Marketing for Light Harmonic. “Using crowd-funding as a way to introduce our newest product provided our team with great incentive. Knowing that we had a product our backers wanted was great, but we also had a responsibility to deliver the product they expected, and we worked around the clock to make sure that ‘Geek Out’ would knock it out of the park. We can’t wait for our backers to get their hands on it. We know they will be very pleased.”

A recap: ‘Geek Out’ was Light Harmonic’s first shot into the thumb-sized, portable head-fi space and since its rocket-to-Mars funding success Light Harmonic now develop this kind of thing under the LH Labs sub-brand.

Good news today then for all the individual backers that blew the roof off the Kickstarter campaign: ‘Geek Out’ has begun shipping! 1500 orders are going out across the globe this week.

Not snagged one yet? It appears ‘Geek Out’ is still available for “pre-order” from the LH Labs website here.

“Right now we are fulfilling our Kickstarter backers first.. then pre-orders… then distributors and dealers.”, says Kim Kaplan, director of marketing communications for Light Harmonic. So there you have it – the ‘Geek Out’ remains available for purchase. 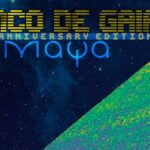 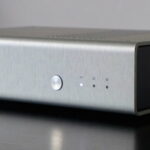