RIP. Plug it in and let ‘er rip. Resonate in perfection. This kick starter for today’s installment goes to Louis Motek of LessLoss and this page. I recommend you read it before you proceed… intermission… curtain call…back again…

… so we’re at bad vibes which suck away performance. Not beach but leech boys. Optimizing our hifi means dealing with those leeches by way of suppression or at least attenuation. Obviously there are plenty of large-scale bad room vibes which are generated by standing waves and reflections. For today we’ll simply skip this topic because for most listeners truly effective room treatments are too big and unsightly to consider. Whilst dealing with the room would net even more profound rewards, there are two other areas where success doesn’t net a WTF from the interior decorator: power-line noise attenuation and resonance attenuation of equipment. The second has our attention today. It’s about how to turn resonate in perfection to rest in peace or at least resolve in pianissimo.

We already know it from better speaker designs. Instead of exposing their crossover components to the far higher SPL inside the box than you’d ever cause in room—the speaker’s internal volume is always smaller to build up the higher air pressures—they either encapsulate their filter networks in resin (potting); move it into a sealed sub enclosure; or off-board altogether into an external filter box.

The moment you listen to your speakers, you move air. Those pressure waves engulf your electronics. The louder you play and the more bass-endowed your speakers are, the higher this disturbance gets and with it the microphony of critical parts. That’s what we call airborne vibration.

Spiking big heavy bass-heavy speakers also sets up a mechanical vibration transfer. This has your floor experience the loudspeakers as quasi jack hammers. Such input vibrations migrate through the floor and up into your components through whatever rack they sit on. If you’ve spiked speakers to a concrete floor and listened barefoot as I have, you know how palpable bass spikes will tickle the soles of your feet. That’s because mass is a most excellent transmitter of vibration. Putting your ears on its rails has you hear a faraway train approach. With a small hammer you could even send Morse code down those rails.

Floor-borne energy thus is the second cause of bad speaker vibes. This interference energy is augmented by foot falls and other mechanical disturbances like washing machines, dryers, refrigerators, related household activities and outdoor causes like passing traffic, nearby construction equipment and such. The third type originates inside your equipment from moving parts (CD drives, HHD), buzzing transformers, vibrating bits and more.

The jack hammer speaker source can be addressed by decoupling your boxes exactly like heavy-duty industrial equipment is isolated/floated from the floor; or how ultra-precision laboratory microscopes are shielded from external influences. Industrial metal routers create enormous mechanical energies. Such machinery is never spiked to the floor or bolted down. Instead it’s suspended on weight-rated viscoelastics like Sorbothane derivatives. Microscopes use very expensive flotation platforms to cut all connection with external mechanical forces. High-rise building use variations on roller balls to protect against earthquakes. Any of these methods can be applied to loudspeakers, from Sven Boenicke’s SwingBase to various ball-bearing footers to viscoelastics. This is the exact opposite of the spike approach and its associated myth of the mechanical one-way diode. If spikes were so effective, wouldn’t microscopes, industrial routers and high-rise buildings be spiked?

Airborne disturbances caused by speakers can’t really be eliminated unless your gear lived in a separate airtight space. But it can be minimized by not placing your equipment into acoustic high-pressure zones. Corners are obviously worst. It’s where all the bass builds up. Between your speakers isn’t ideal either. Parking your equipment on a side wall seems the most rational option. Extremists might have their gear downstairs and run speaker cable through the floor.

Equipment-born resonances affect the gear which creates it; and other gear to which such energy travels mechanically. Resonant casings can be loaded with mass dampers of the costly fancy sorts or as free sand-filled plastic bags. The equipment itself should be housed in a rack which was purpose engineered for broadband resonance attenuation. The best of these racks tends to combine various solutions like multiple degrees of freedom (wire suspensions, roller blocks), viscoelastic isolation (Sorbothane & Co.) and damping (sand/shot-filled columns) over multiple protective stages. Some racks even eliminate shelves since those can resonate too. The most sensitive gear (usually the digital or analogue small-signal source but valve gear in general is very susceptible too) tends to sit on top of such a rack where it benefits from the greatest number of vibration barriers.

A properly engineered performance rack rather than stylish hifi furniture that’s constructed of ringing metal and thin glass tends to be costly. As such it can seem prohibitive when its sticker becomes a high percentage of a system’s total bill or as expensive as your next dream amp. That’s why many listeners don’t explore such racks. In their head the concept might be sound and reasonable but in practice it also looks unattractive. It’s certainly not as sexy as that new amp. They’re thus far more likely to squander their next upgrade funds on new equipment. If you apply logic, that’s back assward. Shouldn’t you first hear your existing equipment at its very best? You might be far happier with it than you think is possible.

I’m not talking about various pucks and cones. Those aren’t broadband attenuators. Broadband attenuators are equally effective no matter what you place on them – today’s entry-level stuff, tomorrow’s luxo kit. Unpredictable tuning tweaks react differently to everything. The sensible thing to do with a system that’s been assembled and paid for is to get the most from it before you find fault with any specific component. You’d not adjudge a car with its shocks shot and its tyres under inflated, would ya?

Only folks who’ve never experienced proper performance racks and speaker decoupling skip this avenue by calling it imaginary or minimally effective at best. Those who have experience tend to admit that the benefits were more profound than ever conceded. To keep it honest, yes acoustic room tuning should be done first. But for many of us a forest of bass traps, huge Helmholtz resonators tuned out of phase with offending peak frequencies or ceilings stuffed with absorptive material to diminish bass output are cosmetically unacceptable. We’re not living in an anechoic chamber or recording studio after all.

I’m personally undecided whether resonance suppression or power-line noise attenuation and power delivery optimisation is more important. That’s because I didn’t pursue these two things separately but in parallel. For today we simply mentioned one of the two things to do when your room is either already handled or can’t be. With electronic equipment don’t get lost in endless tuning with footers, pucks and cones. That’s primarily about shifting a few resonance modes around. Address sources of mechanical distortion across the broadest possible bandwidth and with the highest attenuation rate. That way no matter where you move or what equipment you own years from now, it’ll be just as effectively addressed to perform its best.

Next time we deal with power delivery and some useful things to do on its behalf. For now it’s rest in peace, bad vibes. You’ve been buried. RIP. 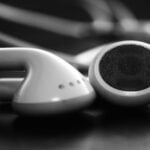 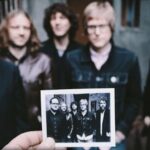