AON = All or none? With coverage of the Aon 2 standmount bagged and tagged some two months ago I wondered what possibilities lay upstream in the GoldenEar range. The Aon 2 is a delicious, entry-level solution for small rooms – but small rooms only. With a 7m x 4m listening space to fill, would one of Sandy Gross’ larger floorstanding models shove too hard in the other direction and swamp the space with low frequency mulch? The short answer is ‘no’. Not even close. The Triton Seven is GoldenEar’s entry-level floorstander whose strength can be found in its gentility with specificity.

The Triton Seven could be seen as a trimmed back version of the Triton Three (US$2000/pr). The Seven surrenders the built-in subwoofer and (some) physical presence of its bigger bro’. As one might expect, a step down in feature set brings a commensurate drop in RRP: The Triton Seven sell for US$1400/pr. 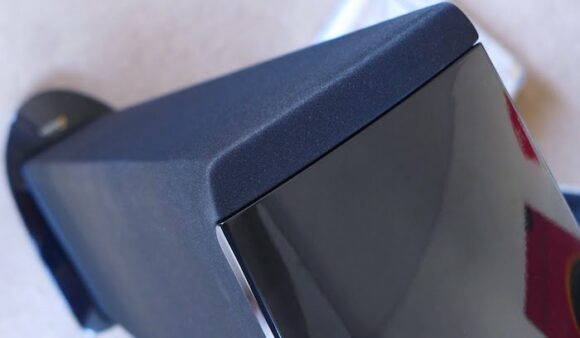 But I didn’t find myself looking downhill from the top of the range, seeing the Seven as a downscaled version of the Three (or Two). No, I saw this GoldenEar floorstander as an extrapolation of the Aon 2 design: an elongation of box and the associated negation of stands.

The Sevens are short, slender and somewhat anonymous-looking floorstanders with a slight backwards lean. The all-round sock-wrap might mean you’ll take a hit when trying to wow your audiophile mates with deluxe cabinetry but on the upside you’ll potentially be enjoying diminished baffle edge defraction. I’m still not sold on the wraparound fabric look. Make sure you see ANY GoldenEar loudspeaker in the flesh before signing on the dotted line. That said, the Triton Seven’s appearance means they don’t stand out in a room – which will appeal to anyone looking for speakers that blend in to their lounge room decor. 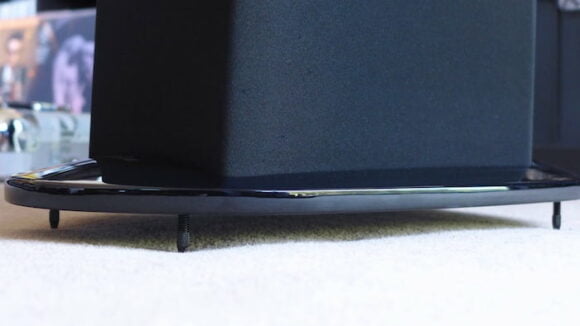 Driver-wise, the Triton Seven run with a pair of in-house developed 5.25” bass/mid drivers: one above and one below GoldenEar’s patented High Velocity Folded Ribbon (HVFR) tweeter. That’s the same tweeter that caused me to rhapsodise about the Aon 2 standmount. Bass loading comes from twin, side-firing passive radiators. Again, just like the Aon 2.

As one might expect, the Triton Seven more easily fill a larger room with sound than the Aon 2. More importantly, there was zero of sign of the cone break-up that troubled the Aon 2’s delivery of deep bass-infused electronica at higher SPLs which was easily my biggest bugbear with GoldenEar’s budget standmount. More critically, these floorstanders didn’t trouble room modes as much as my Zu Soul MKII, which demand much more careful placement (more on which later). 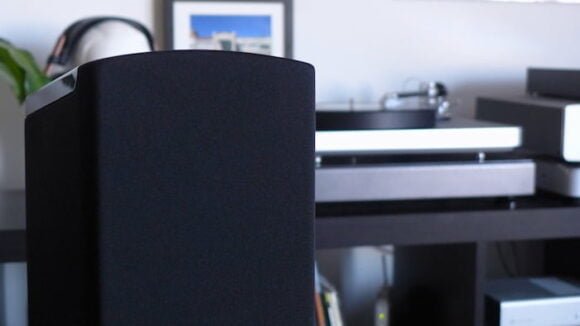 Orbiting. The Triton Seven’s take on Ceephax’s acid-inflected Cro Magnox unfurled with the same clean lines and polished window vibe I enjoyed during my time with the baby standmounts. However, the Triton Seven’s delivery showed bigger macro-dynamic swings, more bass slam (no doubt!) and greater overall heft. With an ability to go much lower and louder, coupled with a thicker mid-bass, the floorstander traded the bounce of the Aon 2 for some low frequency warmth and richness. That said, both models proved to be evenly matched on the delicate handling of finer nuances that lay deeper in the music. Both models could be described as equally adept with refinement and finesse. GoldenEar’s HVFR ribbon tweeter is something very special indeed; it makes it that bit harder to return to the more traditional silk/aluminium domes favoured by other manufacturers. 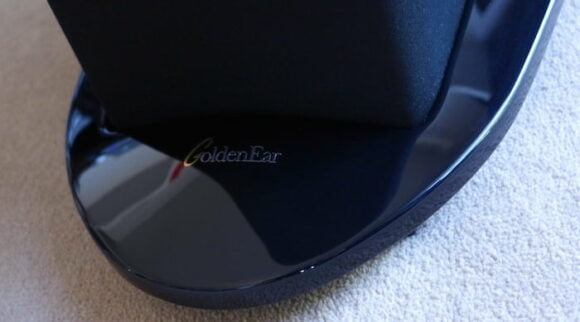 “2+2=5”. The Triton Seven didn’t lose composure with this denser, more complex, more chaotic Radiohead number. There’s an avidity with vocals here that means the Triton Seven are well suited to doubling up with home theatre duties. They delivered an extra dollop of eloquence during time spent playing TV catch-up with BBC iPlayer (Charlie Brooker’s “2013 Wipe”) and Netflix (Doug Stanhope’s “Beer Hall Putsch”). If ‘transparency’ and ‘clarity’ are loudspeaker personality traits, the Tritons could be described as some of the most confessionally honest going at their price point. You’d more than likely have to spend a considerably larger chunk of change to improve on the illusion of getting closer to the source, which some folk might refer to as ‘accuracy’. 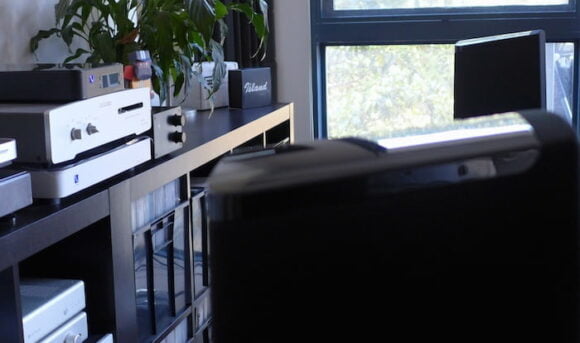 Neither do the Sevens require a lot of juice to get out of bed. 89db efficiency and nominal 8 Ohm load meant I could easily tap the high/er quality reproduction Clones Audio’s 25i. i = integrated, 25 = 25 wpc. You don’t have to go with a boutique amp either; the NAD D 3020 provided equally compelling results. It’s not as refined as the Clones Audio 25i + Resonessence Labs Herus DAC combo but it is emphatically gutsier.

Mooning. However, know that other speakers do rock harder. The Zu Soul MKII are an obvious example. They’re a floorstander with superior dynamics and a snappier bite. Ditto KEF LS50; even for a standmount they pack a serious punch. However, the ribbon tweeter and passive radiators see the Triton Seven as more refined up top and able to dig deeper into the lower bass registers than the aforementioned competitors; these GoldenEars might see you eBaying your subwoofer down the line. Soundstaging on the GoldenEar isn’t as forward or in your face as the Zu Soul MKII (very few speakers are!) but it is BIG. And deep. Imaging is well above average for a floorstander – easily the equal of the Aon 2. Their ability to disappear was the quality that impressed me more than any other. 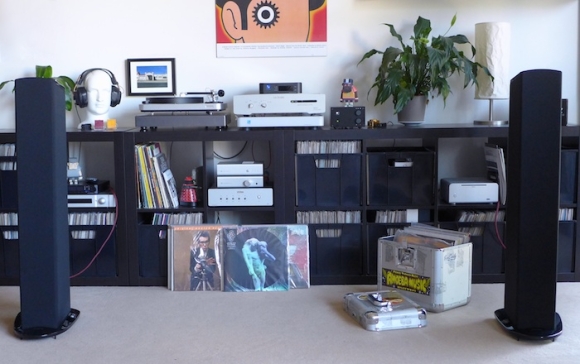 We shouldn’t forget that most people’s listening spaces are primarily lounge rooms used for family TV viewing and socialising. Not everyone can advance their speakers two metres from the rear wall. GoldenEar thus bring good news to those with more inflexible domestic arrangements. The Triton Seven are nowhere near as fussy as the Zu (Soul MK II or Omen) when it comes to placement – they sound great when plonked down pretty much anywhere but a little care is needed to maximise that aforementioned imaging.

Despite looking like big box store loudspeakers, the Triton Seven are a budget floorstanding solution from left-field. Audiophile-grade reproduction from head to toe without (medium-sized) room overload. For entry-levellers looking for a floorstander that doesn’t demand bending one’s domestic arrangements to fit one’s hifi. A loudspeaker for real-world listening spaces then — and a truly superb-sounding one at that. 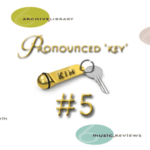 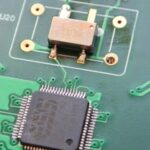