Backstory. I first met Mark Jenkins at the Melbourne Audio and AV Show last year. I’d heard of Jenkins’ Antipodes Audio but thought they were strictly a cable company. How wrong I was!

Jenkins had made the jump across the ditch from Auckland to showcase a prototype of his (subsequently released) DX music server in Addicted To Audio’s two channel room. A room that was also playing host to gear from April Music and AURALiC. I chatted with AURALiC’s Xuanqian Wang for a little while before being introduced to April Music’s Eric Suh, photographed below. You can see the DX server on the left. I’d not given it a second look as an Astell&Kern AK120 was already providing the digital audio feed. 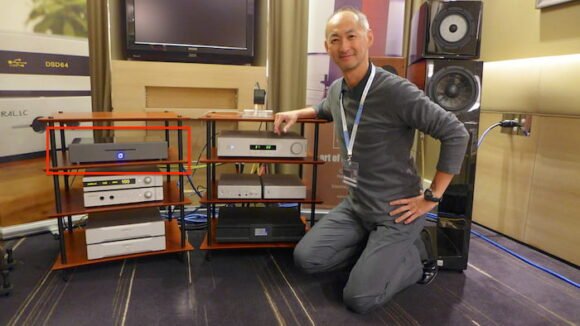 I heard someone behind me suggest they “switch over to the server now” and sat down to savour some quiet time as a new source was selected on the Eximus DP1 and Ai700 integrated pairing. The music flowed again but this time it was different – harder, faster, better, stronger (to quote Daft Punk). – superior to the AK120 by a country mile. The change really blew my hair back. What the hell had just happened?

So went my first exposure to an Antipodes Audio music server.

“John, have you met Mark?”, enquired A2A’s mainman George Poutakidis. No, I hadn’t. 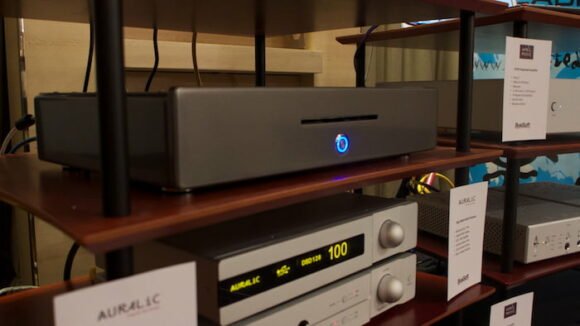 Mark Jenkins is a softly spoken, humble fellow. He doesn’t brag about what he does or bag the competition. Two rare qualities for someone working in the audiophile world. He spoke quietly and enthusiastically about the behind-the-scenes R&D that begat the DX server. When I asked, “Would the entry-level DS Reference best my MacMini + USB converter?” I could see Jenkins have trouble choking back the chuckle. “I’ll send you one and you can decide for yourself”. “OK!”. 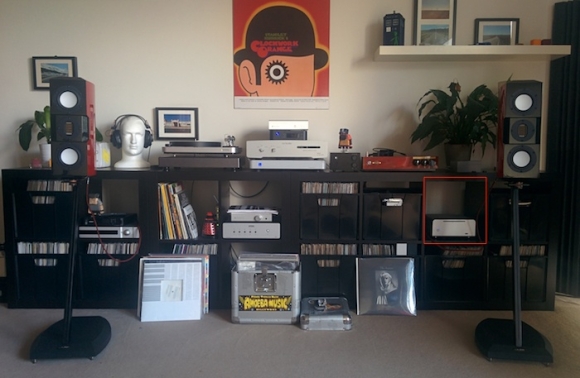 The Antipodes review unit arrived in November. It hasn’t left my main system since – it’s not going anywhere. I purchased it even before I began to formalise the review commentary. The DS Reference’s sound is streets ahead of the outgoing, pimped-out MacMini. I could easily pick them blind.

DIY-copycatters beware: if you think you’ll pop the lid to find an array of off-the-shelf components so that you can build your own for less, best of luck to ya. There’s a custom power supply (which you can’t buy in the shops) and a Western Digital hard drive that runs bespoke firmware (also not available for purchase anywhere).  The Fedora-Linux/Vortexbox operating system and Music Player Daemon playback engine have also seem some major scripting amelioration.

It’s now February and my formal review of the DS Reference music server has just landed on 6Moons. See here. Enjoy. I did. And am. This server/streamer deserves every square inch of its Blue Moon award. 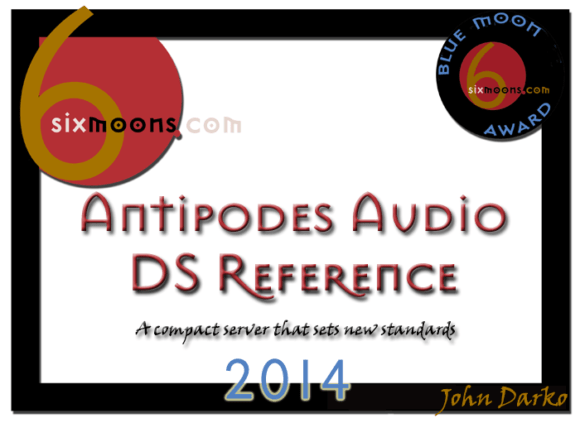 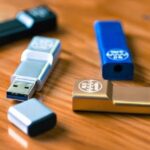 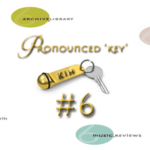