With the axe about to drop on 2013 I’ve been ruminating on the past twelve months. What was my favourite hi-fi moment of the year? It could almost have been the first time I heard ALO Audio’s Studio Six or clapped ears on the Andrew Jones designed Pioneer SP-BS22-LR, both at T.H.E. Newport Beach Show in June. Equally, it could’ve been the Antipodes Audio’s DS music server (review to come) that has knocked my computer transport expectations into another dimension….

My favourite hi-fi experience of 2013 wasn’t something I heard but something I saw. In late September I went shopping for a new pair of portable headphones in Tokyo. Whilst doing the rounds at the big stores in Shinjuku I dropped into Yodobashi Camera. Actually, you don’t simply drop into Yodobashi Camera, you set aside an entire afternoon so that have time to take in floor upon floor of consumer electronics.

At the back end of the headphone floor was the two channel hi-fi area. The rear wall was covered floor to ceiling with amplifiers and CD players. Silver is very much the casework colour of choice here. 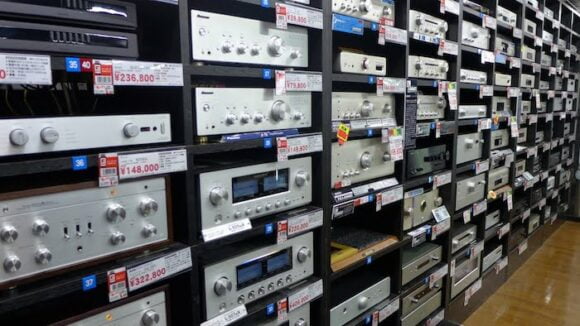 On the adjacent wall, the motherlode: an entire wall of loudspeakers. Check. It. OUT: 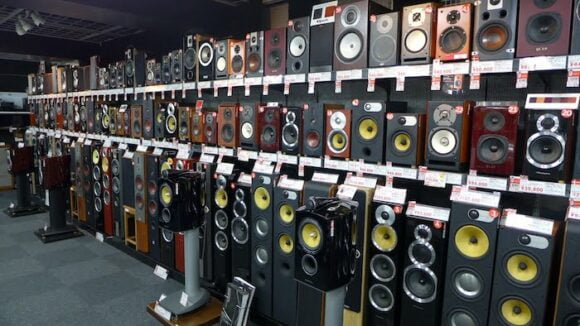 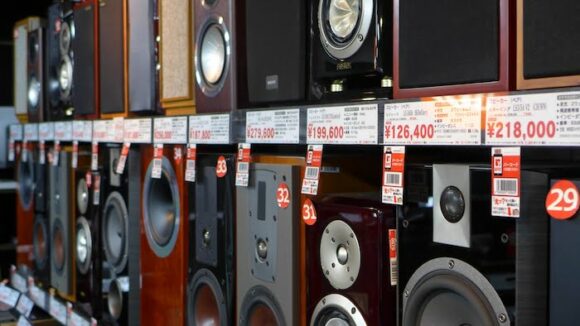 People dig choices.  Here you have more choices than you can probably handle. I noted the following brands: Fostex, LS3/5a from Rogers and Stirling Broadcast, Wharfedale, ELAC, lots of Dali, an abundance of B&W, Quad, Klipsch Tannoy, Denon and Monitor Audio.

(Have I missed any?)

THAT was my favourite audiophile moment of 2013. Mindblowing. What was yours? Let us know in the comments.

In situ: the all new @kef_audio LS50 Wireless II.

The KEF LS50 Wireless II are still to be fully cer

I have given the @buchardtaudio A500 a Darko Knock