Can you hear the destruction? USB your computer to your DAC/headphone amplifier and favourite cans, fire up iTunes and then nudge the Apple software volume slider to the left. This is what Chebon Littlefield of Mytek Digital suggested I did if I wanted to witness a digital volume control erode musical information. Ducking iTunes’ in-built attenuation back to 95% I did indeed note a small hit to soundtaging and tonal mass. Not a huge delta but it was there – or rather something that once was present had been removed. My electronic chain of comman that day was Mytek Digital’s own Stereo192-DSD DAC and AKG K-702 headphones.

Do I hear similar shades of signal erosion when running Resonessence INVICTA Mirus direct on Wyred4Sound’s mAMPs? It’s tough to gauge: SPLs become too much at -10b. This question could be answered with YBA Passion Pre550 intervention. Here an analogue pre-amplifier keeps sound pressure at manageable levels. Taking the digital attenuation down, down, down, the INVICTA Mirus only brought forward obvious deterioration once numbers dipped below -40db. That’s not to say that smaller deltas don’t occur in its upper quartile (the region used for digital direct into the W4S monos), it’s just not revealed by this system/room to these ears, YBA or no YBA. Idealism slams the door on digital attenuation whilst pragmatism leaves it slightly ajar.

I’d describe this DAC –> 2 x mono setup as as system that’s strong on long fingered elegance, speed and an ability to tease out vapour trailing decay. As commented in a recent article, the YBA pre beefed up tonal mass and stretched soundstaging in all directions. Its (‘active’) gain-staging countered the theory that less is more. Follow-up comments from readers out in Twitter-ville and Facebook-land echoed this sentiment. Those that preferred a pre-amplifer in the chain easily outgunned those that didn’t.

The Wyred4Sound mAMPs sell for US$899 a piece but you’d need over ten times that for the YBA Passion Pre550. Yikes. Would a more price commensurate pre-amplifier bring similar levels of satisfaction?

Thankfully, Wyred4Sound’s Clint Hartman had remained ahead of my investigative curve. He’d already dispatched their entry-level pre-amplifier: the Wyred4Sound mPRE (US$1099) shares the same shoebox chassis as the mAMP and the mINT. With power amplification stages offshored to the monos, the reclaimed real estate inside the mPRE allowed designer EJ Sarmento to think bigger with topology and component quality than the mINT: fully balanced from woe to go and more connectivity options. Out back we find balanced and unbalanced inputs and ouputs – including HT bypass and fixed output – as well the now fairly typical array of digital sockets: optical, coaxial and XMOS USB, all of which decode up to 24bit/192kHz PCM.

The remote control is a rubberized-plastic wand for standby, source selection and volume attenuation – simple/effective. 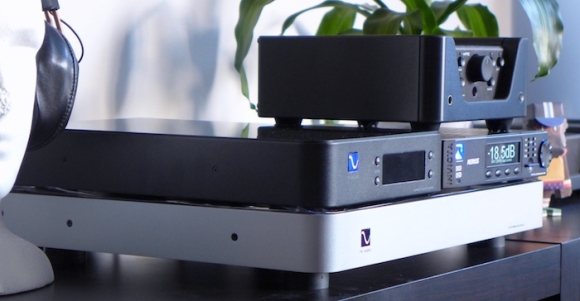 Experience tells me that onboard headphone stages are (more often than not) fairly ordinary. They’re designed to get you up and running with 32 Ohm budget cans and nothing more. The mPRE’s 3/4″ output is a cut above the rest: it’s terrific with V-Moda’s Crossfade M100 but when called upon to drive the more inefficient Mr Speakers Mad Dogs it struggles to match the kick-punch of a dedicated solution like Schiit’s Asgard 2 (AU$385). Still, the presentation with volume pot turned to 3 am is far from intolerable.

Back to DAC. Thankfully, Wyred4Sound’s marketing spin doesn’t descend into the bogus BS that if it’s an ESS Sabre chip then it’s as good as every other Sabre-rattling DAC on the market. Inside the mPRE is a 9023 which packs its own line-driver. The Wyred4Sound pre’s fixed output revealed it as a DAC shorter on detail, finesse and tonal saturation when compared to the two slices of Reference 9018 silicon found under the hood of the INVICTA Mirus. Neither is it as lit-up or as capacious as the Schiit Bifrost Uber w/ second generation USB (AU$717), which now holds the number one slot in my pick of sub-$1k D/A converters.

Whilst the mPRE’s onboard DAC is good enough to get you up and running you could append a more luxurious D/A converter to the mPRE down the line. The W4S pre-amplifier will reward each step of upstream amelioration. The mPRE benefits more from an intervening offboard USB-S/PDIF reclocking and buffering than the aforementioned Bifrost. If you’re keen to experiment in both directions then I’d heartily recommend Resonessence Labs Concero HD which seals a bus-powered USB-S/PDIF converter and DAC inside one tidy shell.

But this initial experimentation would all be for naught if the mPRE couldn’t bring the goods to its matching power amplifiers. Thankfully, it does. And then some. 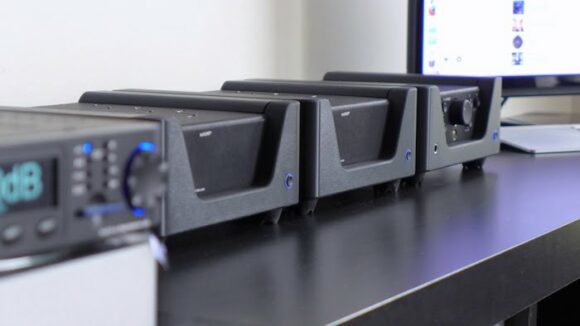 I removed the $5k Canadian DAC and slipped the mPRE into its place. Similarly direct-USB-connected to an Antipodes DS music server, the mPRE’s delivery was more stout and muscular than the Mirus. A thicker mid-bass underpinned an across-the-board lift in tonal mass. The Wyred4Sound wasn’t as zippy with micro-dynamics’ spits and spurts as the Mirus but it pumped in more rhythminc bounce. Downsides? Detail, elegance and finesse all take a hit. The large print giveth but the small print taketh away.

The INVICTA Mirus was later re-installed but this time to the front of the chain, connected to one of the mPRE’s analogue inputs with Zu Audio Mission wire and digital volume was parked at 0db. Deeper tonal saturation returned to the pitcure, returning colours to inkier oil. This four piece meal is for idealists who want it all: body and colour. Pragmatists might ask: is the additional $5k on the Mirus worth the spend? The answer is an emphatic ‘hell yes’ coupled to the obvious corollary of ‘if you can afford it’.

However, asked to choose only one box to front the mAMP monos, I’d opt for the mPRE. It’s muscularity, punch and musical poise are of higher priority to this listener than the refinement it surrenders vis-a-vis the Resonessence Labs decoder. The latter is cleaner but leaner. Those wary of digital volume control are also more likely to be turned on by the mPRE’s analogue take on the same.

The mAMPs won’t won’t ever leave you wondering ‘what if?’; they provide sufficient power to drive the most demanding of loudspeakers – they’d be my first choice for any of the power-thirsty Magnepans. Ask yourself: how much would monoblocked 250 watts per channel (into 8 Ohms) run you as Class A/B implementations? I’d wager substantially more than US$1800 per pair. The beefier power supplies, heatsinking and a larger chassis needed for A/B don’t come cheap. Tennessee’s Emotiva are giving it a red hot go in the Class A/B budget amplification space but their competitive edge is blunted down under by higher shipping costs.

Being a Class A/B idealist is fine but it often drags with it greater wallet damage than smaller form-factored and more power efficient designs. This is where budget class-leading switching amplifiers from the likes of Wyred4Sound jimmy the window open into a pragmatist’s consciouness. As do Bel Canto, NuForce and Peachtree. However, as Srajan Ebaen has previously opined, EJ Sarmento currently has the competition in his rear-view mirror. Casework styling aside, I concur.

In a down home stand-off, the one-two-three of Californian minis usurp a REDGUM RGi60 (AU$1850) + Schiit Bifrost for polished-window clarity and edge-shape focus. I don’t (fore)see any integrated or pre-power pair with a) on board digital decoding and b) headphone output and c) priced under $3k getting close to the connectivity and sonic qualitiies served up by an mPRE + 2 x mAMP combo. This Wyred4Sound trio is truly exceptional. DAR-KO award. 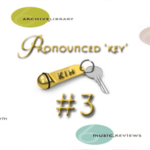 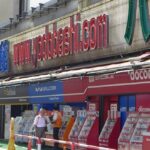