A day after penning KIH #1, the notion of an ongoing column arose. Kinda like I’d done a decade ago with the short-lived Auroville for Positive Feedback. Or the longer running Y Files for SoundStage! Of course all columnists fret. One day they’ll run out of things to say on the very subject they’ve pinned their column to. KIH for keep it honest would seem to have legs. We’ll see how far those legs agree to take us.

Though it’s often more lip service than action, in our heart of hearts we know. Our room is the biggest culprit, the biggest disturber of the peace. Nothing affects frequency response as violently as our speakers do. How they elect to interact with our specific environment is entirely unpredictable. Shy of acoustic treatments or DSP/analog compensation, our only options are where exactly we place our boxes and where our seat ends up relative to them. But there’s more. Irregular absorption versus reflection affects our room’s decay signature. Certain bands will be more damped, others more lively.

Add that we weren’t in the mastering studio to compare the live microphone feed to the approved master file. Neither did we compare said master file to the final CD in our hand. Nor to the file we downloaded from Qobuz. How do we know what anything is supposed to sound like, exactly? If we don’t know that, what do we aim for? By what means do we judge our progress?

Using a non-amplified live event as reference is a joke. What venue? What seat? And unless it was a Jazz trio or single girl with guitar, chances are the actual ensemble wouldn’t fit into our room to begin with. Andreas Vollenweider’s band I heard in Montreux occupied space at least 4 times the width of mine. And why use purely unplugged music as reference like the American magazine The Abso!ute Sound proposes if most your favourite music contains at least amplified bass guitar if not e-guitars driven into deep distortion? 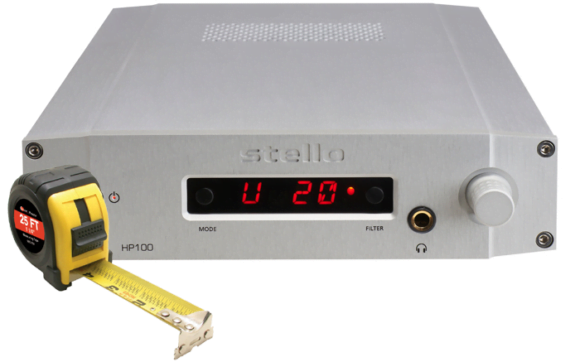 The moment I see reviewers talk of “transparency to the recording”, I cringe. Unless the writer recorded it, he couldn’t possibly know. The best we can do is schlep the same tired old recording from show to show, shop to shop, friend to acquaintance. If we hear it over as many systems as possible, it produces a well-educated but still averaged guess. That’s far better than nothing but still cloaked in unnecessary colorations.

There’s a far easier more convenient solution. Headphones. They’re still no absolutes on linearity but clearly massively superior to loudspeakers. Conventional headphones use a single driver with no crossover. That’s the exotic widebander faith without filter network phase shift. Now it’s simply liberated from the room’s imprint and offers far better more extended bass. By removing the biggest bloody variable of them all—what our room does to the frequency response and how its non-linear absorption and reflection values shift decay rates—we’re getting far closer to hearing things as they really are on our source material.

Obviously unless they were physically floating at some distance, headphones can’t stage much wider than the space between our ears. They only move air inside the ear canal. There’s no in-room pressurization on our skin, no gut attack from violent bass transients. And there’s no natural cross feed. With speakers both our ears hear both speakers. With headphones each channel is assigned to just one ear. From all this follows that the headphone presentation is fundamentally different.

For our purposes however it matters not. Key is taking the room out of the equation. That immediately shows us a far more nude reality stripped of enhancements, bloat and arbitrary colorations. Particularly below 500Hz we’ll hear what’s really going on; what the relative balance of things ought to be. Superior headphones run off proper headphone amps (or quality sockets on preamps, DACs or integrateds) also reveal minutiae which speaker systems tend to obscure.

If you’ve ever measured the consistent background din of your room during the day, you already know. Hitting 40dB is a happy number. That means any signal quieter than that gets mixed with noise even though you’ll hear your room as normally quiet unless a lorry rumbled by, some neighbour slammed a car door or your air con went off. If you can get closer to 30dB during the night, you’ll be living far out in the countryside with zero traffic. Lucky you. Most of us don’t. 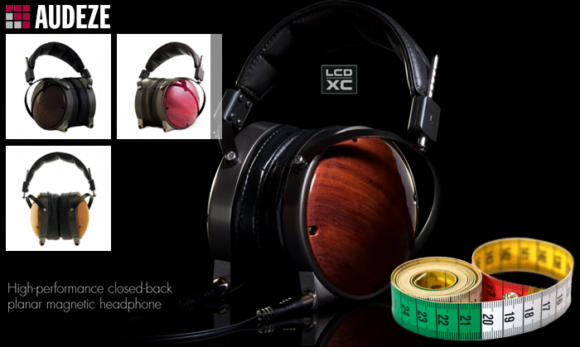 Headphones with a solid seal around the ears eliminate a lot of that. Presto, a free win in dynamic range on the micro end of the scale. That means keener visibility on the tiny stuff. If you go back to your big rig now and don’t hear some or lots of it… at least now you know. Ditto should your speakers miss bass extension and pitch intelligibility. Does your room overdamp the upper harmonics because with headphones you hear far more on-string action and longer spiderwebby decays? Are lyrics easier to follow over cans? Did resolution go up?

The list of what to inspect can get quite lengthy. Though it’s not a perfect or complete inspection, it’s terrific feedback on how to keep it honest. If in the end certain things about the headphone experience don’t meet your approval, you should at least be able to more clearly articulate what your speaker system does better/differently/worse. Now you’ve voiced it that way on purpose. You didn’t inherit it by acoustic accident or because of how your components decided to interact on your behalf by pure chance. That’d be the tail wagging the dog.

This type of insight is very useful. Whenever audiophiles converse, one of the biggest stumbling blocks beyond ego is understanding what the other person means. The less specific we are, the more vague and useless our comments get no matter our helpful intentions. It’s as though we were talking our own language just to ourselves. Even if you prove ultimately mis-wired for appreciation of the very different headphone perspective and gestalt to never use it for pleasure (some people just can’t get used to it or love it on its own merit!), owning one good headphone will open up new insights. What’s on your recordings? How does your room change things? What might you like to do about it all? Knowing that is empowering. KBO. Keep buggering on!

Srajan is the owner and publisher of 6moons. He used to play clarinet at the conservatory. Later he worked in audio retail, then marketing for three different hifi manufacturers. Writing about hifi and music came next, then launching his own mag. Today he lives with his wife Ivette and Nori and Chai the Bengal cats in a very small village on Ireland’s west coast, between the holy mountain Croagh Patrick and the Atlantic ocean of Clew Bay in County Mayo’s Westport area. Srajan derives his income from the ad revenues of 6moons but contributes to Darko.Audio pro bono.

In situ: the all new @kef_audio LS50 Wireless II.

The KEF LS50 Wireless II are still to be fully cer

I have given the @buchardtaudio A500 a Darko Knock