This month and last I spent considerable time applying HRT’s microStreamer to various scenarios. Thanks to a mid-2013 firmware upgrade the microStreamer can now tap the digital stream from an iPad via a CCK/host mode adaptor; HRT can sell you their own-branded version. One review session translated an iPad into a ‘virtual Squeezebox’. Furthermore, the mini HRT also plays ball with iPhones – not an officially supported feature.

The microStreamer has a smart, brainy and crisp sound that mates well with warmer, more humid setups. On the headphone side think Mr Speakers Mad Dog. Yes, it drives them just nicely. Getting a sound this good for $200 would have been inconceivable a couple of years ago. 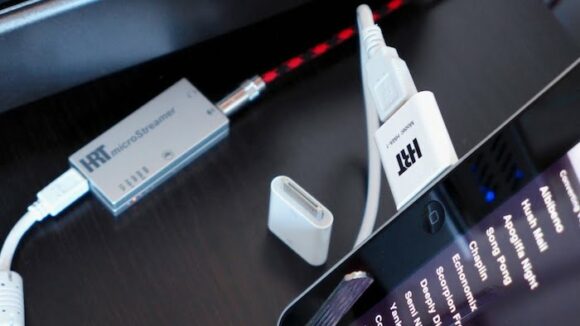 At US$189 the HRT used plough a field all of it own; direct price-point competition used to be pretty much zero. Sprouting in the last few months have been dongle DACs from Audioquest (Drangonfly 1.2), iFi Audio (Nano iDSD) and Audioengine (D3), all of which sell for under the $200 mark.

Still, if you want a feisty performer that is guaranteed to run with iDevices, the HRT is your guy.

Read my full review over at 6Moons. 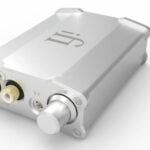 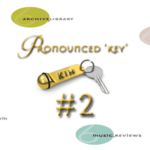