Let’s start with a question: what’s missing from this picture? 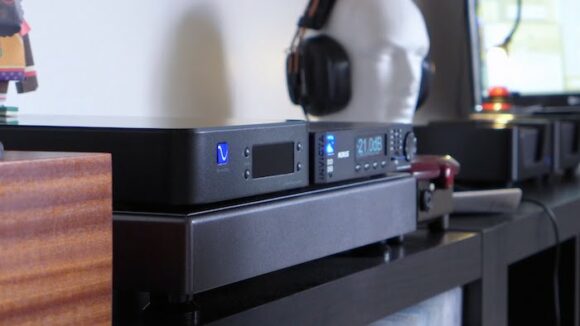 Yup – that’s right: absent from this scene is a pre-amplifier, normally required to attenuate the phono stage’s fixed output. You get balanced and single-ended with the NuWave Phono Converter.

Phono stages aren’t new. Analogue-to-digital converters (ADCs) aren’t new either. A phono stage and an ADC under the same roof is the functional essence of PS Audio’s NPC. It’s a con-joiner of worlds. PS Audio have punched a hole in the garden fence: analogue meet digital, digital meet analogue.

The NPC might not be a product for idealists who would sooner sell their own Grandmother than soil their precious vinyl playback chain with a digital signal path. Instead, this box is for pragmatists like me…and (probably) you.

I should take a moment to point out that I found the NPC to be an excellent sounding phono stage in its own right. Just how good is beyond the scope of this review…and this website: Digital Audio Review. Besides, without possession of similarly priced rivals, I’m unable to comment on how the NPC-as-phono-stage compares to its price bracketed brethren. I do know that the NPC is convincingly superior to the outgoing iFi iPhono. It’s meatier, offers richer tonality and – the standout for these ears – lends the horn section on The Polyphonic Spree’s Yes, It’s True copious amounts of ‘blat’ and ‘rasp’. 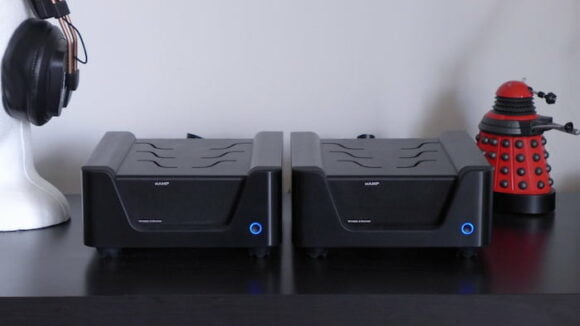 Back to our system scenario.

With no traditional (analogue) pre-amplifier in the chain of command there’s no way to attenuate the volume of the NPC’s analogue output. What to do? With this phono pre-amplifier packing an ADC, the solution arrived digitally.

The PS Audio box converts the turntable’s analogue signal to digital on-the-fly before allowing it egress through one of three digital outputs.

There’s I2S. Great news for owners of PS Audio’s PerfectWave DAC or any other digital decoder that uses an HDMI connector for the I2S link.

There’s USB. This is NOT for direct connection to your DAC though. It’s for connecting the NPC to your PC or Mac, to which it is ‘slaved’ – more on this in a separate article.

However, I took the NPC’s digital output from its coaxial socket and fed it into one of the Resonessence Labs INVICTA Mirus’ BNC inputs. For this S/PDIF hookup I used a Grave Science ‘Limited Edition’ digital interconnect.

With vinyl playback converted to ones and zeroes, the digital innards of the Resonessence Labs DAC could assert control over volume. Comfortable listening levels were found in the upper-quartile of the volume range, which meant zero concerns about (least significant) bit stripping rendering the sound lean and mean.

Inside the NuWave Phono Converter, the Lenco’s analogue waveform was encoded on-the-fly to DSD128 (352.8kHz) with DSD64 or PCM conversion arriving immediately after the fact — the NPC’s front panel allows one to adjust (among other things) cartridge gain as well as specify both the bit depth and sample rate of the digital output: PCM up to 24bit/192kHz, DSD64, DSD128.

PS Audio team captain Paul McGowan believes that 24bit/96kHz PCM is plenty sufficient to digitally capture all the musical information found on a vinyl LP. Essentially, 1) 24 bits are more than anyone would need to preserve the dynamic and frequency ranges of vinyl in digital aspic and 2) the use of decimation digital filters means zero group delay is only guaranteed up to 96kHz, after which it starts to creep in and higher frequencies can become more pronounced. McGowan lays it all in more detail in ’96kHz or Bust’.

The question barked loud: was the NPC’s digitised take on an LP indistinguishable from the original?

If there were sonic differences, I couldn’t pick ‘em.

I don’t necessarily see this as conclusive proof of the absence of discrepancies between the original analogue signal and its digital sibling. The GoldenEar Triton Seven loudspeakers (AU$2250/pair) used for these listening tests are certainly no slouch when it comes to neutrality and (especially) transparency. Resonessence Labs’ statement DAC is a $5000 stunner. What’s the take away, Kenneth? One would require a far more tran$parent $y$tem to dig out deltas if they do indeed exist. 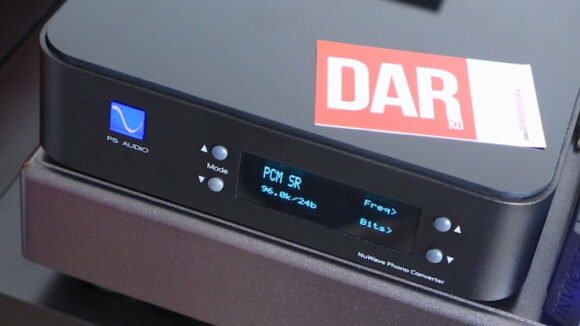 With more modestly priced hardware knocking about DAR HQ, I/you need not worry about 24/96 PCM-d vinyl sounding inferior to the original analogue signal. This notion paved the way for the system featured here; a vinyl playback rig without a traditional pre-amplifier. I think that’s pretty damn cool. A round of applause goes out to Paul McGowan and his team for bridging the vinyl island to the digital mainland.

The PS Audio NuWave Converter isn’t just a real-time ADC, it allows you to commit digital ‘rips’ to your hard drive. I’ve begun doing just that. ‘Digital vs. Vinyl (Part 3)’ isn’t too far away.

In the meantime, more NPC coverage tumbles down here.

One final nugget:  PS Audio will be seasonally gifting December 2013 buyers with a $200 voucher for the Mobile Fidelity Sound Labs webstore. 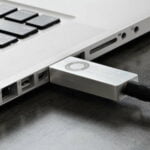 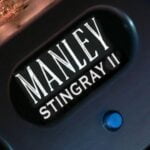