That home-theatre-channeled name: SP-BS22-LR. It’s dreadful. Thankfully, these budget standmounts from Pioneer are anything but. In fact, they’re a bit of a revelation. Here are ten reasons why*:

1. Price. US$130** from Best Buy stateside or AU$200 direct-delivered from Pioneer Australia.

2. Designed by Andrew Jones. Yes, the Andrew Jones of TAD (“Technical Audio Devices”) whose floor standers start at around $30k. Jones knows a thing or two about loudspeaker design. Armed with Pioneer’s buying muscle, unit costs were driven waaay down for a surprisingly accomplished design, especially that crossover.

3. Under the direction of Jones, Pioneer haven’t simply slapped two drivers in a box with padding and called it a day. The curved side walls are designed to minimise internal standing waves and there’s some internal bracing to keep cabinet resonance on a tight leash. Aside from the rear-port, the Pioneers are a dead ringer for Wharfedale’s 9.1, which are more squat of appearance. Interestingly, Wharfedale cited cost concerns as the driving force behind recently ditching the curved cabinetry for their much-admired Diamond range.

3. Pioneer imaging is a short swim downstream from the best in class. It’s not ProAc good but neither is it poor. Criticisms of boxiness refuse to stick. 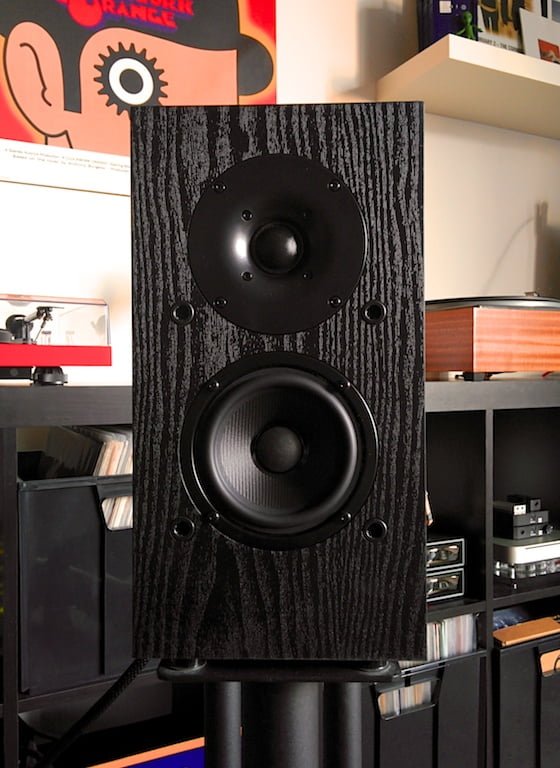 4. Spatial cues emanate from wide reaching uppermost mids and lower treble. We can probably thank the wave-guided soft-dome tweeter for that. The illusion – or lack thereof – of front-to-back spatial depth is the Pioneers’ weakest suit. Instead, a rather two-dimensional wall of sound. You can’t have it all – not at this price.

5. The SP-BS22-LR show nice top-end extension but are a little more subdued with well recorded material than a lot of budget-class standmounts, especially the Brits. Again, I’m thinking Wharefdale Diamond 9.1. However, the lower treble in the Pioneers can get a become a little coarse with edgier sources and/or material. A cheap NOS DAC with some treble roll-off or a turntable with a warmish cart are short-cuts to avoiding this at all costs. Just don’t expect to realise the Pioneers’ full potential with micro-dynamics.

6. The 4 inch woofer ensures the Pioneer could never be described as sluggish. Bass and treble don’t crowd out the midrange so whilst there isn’t the overall propulsion and drive of the Usher S520, there’s better openness with voices and percussion. I regularly enthuse about those budget Ushers – at $300ish they pack the biggest price/performance wallop in their class – but these Pioneers present a serious challenge to that crown.

7. Don’t mistake a lack of heft for a lack of bass. The BS22 can reach some of those lower bass notes just fine – they’re officially rated down to 55Hz – they just won’t hit punch you in the chest is all.

8. There’s scant aural evidence of a mid-bass hump. I can’t stand mid-bass humps as an illusion of bass presence. 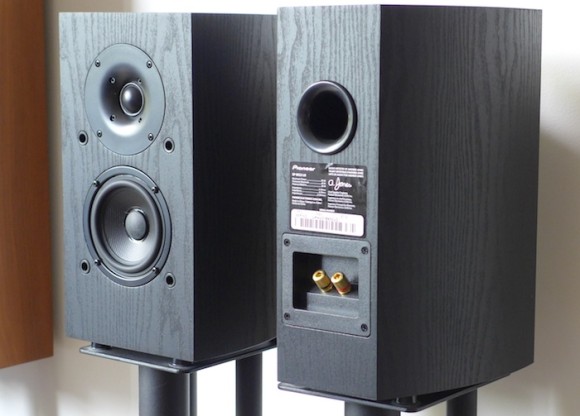 9.  Thankfully, you won’t find these loudspeakers neutering tone and timbre established by upstream components. I took delivery of a re-plinthed Lenco L75 turntable (w/ Zu DL-103r cart) and easily and immediately picked its superiority to the outgoing Pro-ject Debut Carbon (/w Ortofon OM 10). It wasn’t even close. These two-hundred dollar speakers from the brain of TAD provided more than sufficient insight. Hell, the NAD D 3020 was even digitising the analogue feed of the iFi iPhono unit before making good with the gain; and still the dense tonal colours of the modded Lenco ‘table stood firm.

10. Zooming out. These are loudspeakers to keep you grounded. For audiophiles, a chance to get back to basics, to take that overseas vacation over the next upgrade. For bedroom systems. For garages. For gifting. They’re for young’uns fleeing the nest who don’t want to live in sound bar hell or with all-in-one iPod dock mediocrity. They’re for YOUR friends who’ve yet to be infected by the ‘sound matters’ bug – I’m confident few(er) will scoff at the RRP. You’re likely see a pricking up of ears. 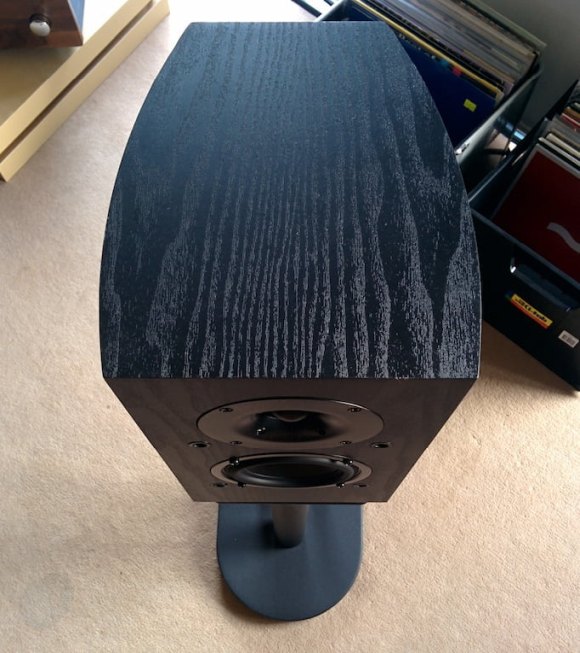 With speakers so inexpensive, users will – perhaps unrealistically – lower their corresponding budgets for cables and stands. The Atacama Nexus stands on which the review pair were placed cost more. Ditto the Zu Event speaker cables that connected ’em to the amplifier. Ratcheted frugality might extend to amplification.

With a sensitivity rating of 88db and nominal 6 ohm impedance the BS22 aren’t that hard to get going. You won’t need a muscle amp. I had great success with the Wadia 151PowerDACMini, which I expected to be a tad (geddit?) bright when combined with the occasionally lively tweeter. What I heard was a detailed dialled into focus thrust forth with a relaxed disposition. Similarly convincing results were achieved when the aforementioned NAD D 3020 was called into bat.

Unsurprisingly, best results came from Red Wine Audio’s Signature 57 integrated. At US$4k it’s an unlikely real-world match for the Pioneers. You probably wouldn’t tip over $1k when it comes to amplifier choices but don’t skimp. Don’t think US$130 speakers necessarily implies <US$130 amp. The Pioneers are cheaper than you might expect, allowing you to spend a little larger on driving power. Stay away from bright-sounding companion pieces.

Pioneer’s performance here knocks out price expectation. That can only mean one thing: DAR-KO award. Ka-bam!

*My self-imposed brief for this review was to discuss the essence of these speakers in the context of their retail price and other budget-class leaders: Wharfedale Diamond and Usher S-520.

**Some online stores in the USA were reportedly selling the SP-BS22-LR for a little as US$69 in early 2013. 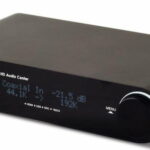 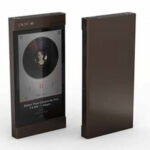