This week I’ve been filling my boots with a) Arcade Fire’s new double-disc’d Reflektor b) the Suede vinyl box set and and c) some of Lou Reed’s back catalogue, of which Magic And Loss and New York are my favs. Not an atypical week in this hi-fi reviewer’s music-loving life. Last week it was Boards Of Canada vinyl reissues, The Waterboys’ 6CD Fisherman’s Box and a Howe Gelb solo album getting the nod.

Do you see anything approaching the likes of Holly Cole or Dave Brubeck in that list? No you do not. I don’t really dig (what some might call) ‘audiophile music’. It doesn’t speak to me in the same way that Bowie or Eno or Waits or Young or Dylan do; hardly niche artists themselves. I’m an audiophile with more contemporary music tastes. The Beatles and The Rolling Stones? I dig them too. Obscure they ain’t.

And yet this kind of music goes largely under-represented inside the audiophile bubble. 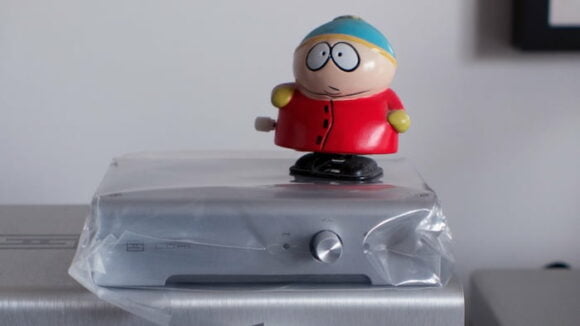 DSD DSD DSD. Everybody be talking ‘bout Direct Stream Digital. You’d be forgiven for thinking that the man in the street is hungry like a wolf for this new (old) high-resolution format. New DSD-capable DACs keep coming on thick and fast. I’m told it was the number one conversation at this year’s RMAF.

Enter the Loki. California’s Schiit Audio offer the lowest-priced point of entry to date into this super-high-resolution audio world. The casework is similar to that of Schiit’s super-budget Modi DAC and Magni headphone amplifier. Utilitarian, made in the USA. US$149 squeaks you under the door.

The catch? The Loki DAC decodes only DSD. Schiit want you to continue to use your existing DAC for PCM; there’s a front-panelled, switchable pass-through on the Loki should you wish to daisy-chain the two. With PCM and DSD requiring different reconstruction filtering, this seems an eminently sensible approach: two DACs for TWO data types rather than the hitherto more traditional approach of one DAC handling both.

From Stoddard’s September email announcing the the Loki: “This is real DSD, transmitted via DoP and reconstructed with proprietary Schiit code running on a 32-bit PIC microcontroller. Because Loki is a DSD-dedicated design, we were able to optimize the output stage and filtering to the unique requirements of DSD. This means that Loki can sound better than DSD-capable DACs that cost many, many times more.”

Despite an abundance of DSD chatter on the web, not everyone’s backing the DSD horse. Linn aren’t fans. Neither is Charles Hansen at Ayre Acoustics.  It seems even the benefits of hi-res PCM are up for debate. I favour Steve Guttenberg’s viewpoint: that the end result’s sound quality rests more heavily on the master (and recording) than the delivery format. A nicely mastered album delivered as Redbook FLAC will easily best a shitty (re)master committed to DSD.

Technical to and fro notwithstanding, there’s one DSD roadblock that’s pretty much unassailable: the lack of music. I’m not talking about how much DSD has been promised – I’m talking about what you can download today.

If the history of media delivery formats has taught us anything it’s that you can’t bank on the future, only the here and now. How much DSD is out there, ready to be plucked from the download tree? At time of writing, there are 135 DSD releases available at Acoustic Sounds spin-off superhirez.com. How many at Blue Coast? How many at 2L? Naim? Check out DSD-guide.com’s summary page for a comprehensive take on the current state of play. The sum total of ALL official DSD releases doing the rounds must surely be less than 5000 titles*? 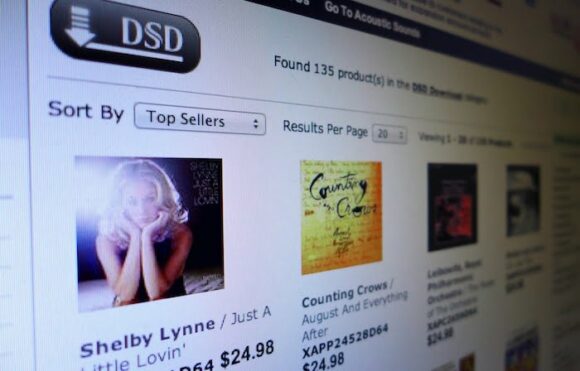 To restate the obvious: familiar tunes are fundamental to gear evaluation. I’m sure many readers have their favourites burnt to CD or committed to USB thumb drive for when they drop into their local store. The audition CD that I took the recent Australian Audio and AV Show contained the following:

These were culled from a selection of alternative audiophile demo music cuts that I’m compiling in a Spotify playlist: Enough With The Diana Krall Already [HiFi demo music for the rest of us].

There’s not a single DSD release available that contains music with which I am in the least bit familiar. SuperHirez.com gets closest with Counting Crows’ August And Everything After. However, as much as I loved “Mr Jones” back in the 90s, I can hardly bring myself to tolerate it now. I might be able to get part way through “Omaha” but it’s a song I’ve not heard for years; no basis from which to properly judge the DSD playback prowess of the Loki. I could line up the DSD release against the CD rip but what’s the point? It’s one song in a library of tens of thousands. Ocean, meet drop. 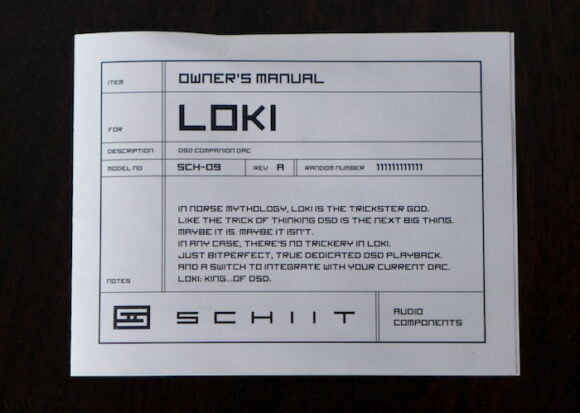 The DSD ecosystem of 2013 underscores the musical disconnect between the audiophile world and that of your average rock n roll or electronic music fan; the guy that reads Rolling Stone, Mojo, Pitchfork, XLR8R or The Wire. DSD is a niche that speaks to fans of jazz, classical and pretty girls with their pianos and acoustic guitars. Beautifully sounding it might be but it’s hardly Revolver, Nevermind or OK Computer. Not everyone that cares about sound quality listens to John Coltrane (and not every John Coltrane fan cares about sound quality). Ditto Norah Jones and John Lee Hooker.

How are things at home? How many albums in your digital library? How many of those are DSD? I’ll wager it’s considerably less than 5% of your library. My hi-res PCM collection barely breaks 1%. My main diet is resolutely Redbook.

DSD has modern music fanciers all dressed up with nowhere to go. Thankfully Schiit’s offering is cheap and cheerful, off the shelf rather than a multi-thousand dollar bespoke fit. DSD’s benefits remain theory-only to audiophiles with left-of-audiophile-centre tastes. There’s no Neil Young or Tom Waits or Bob Dylan or Kraftwerk or….the glass is 99.9% empty. Sorry about that.

We might look to HDTracks’ catalogue of Talking Heads, R.E.M., Nirvana and Joy Division for a taste of what’s to come in the DSD space…but holding one’s breath will only lead to dizziness. Later, unconsciouness.

And then there’s the issue of where you live affecting your access to downloadable content when it arrives. Territorial licensing conundrums are not insignificant hurdles to overcome. Superhirez.com is currently US-only. The same regional fence-in** affects HDTracks.

It might not always be this way but this is the state of DSD content in the here and now.

My Schiit Loki remains Laura Palmered in plastic. It sits and it waits…it paper-weights. 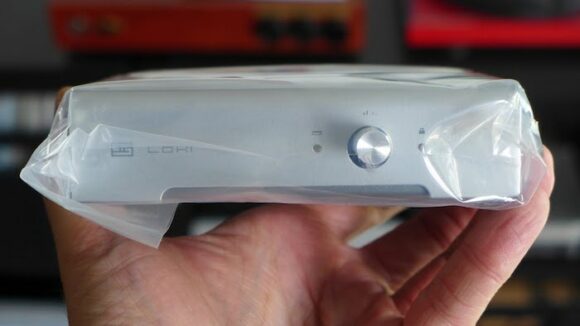 One final thought: DSD might be seen as the ideal format with which to archive needle drops. PSAudio’s NuWave Phono Converter can digitize vinyl playback to PCM and/or DSD. However, even its designer Paul McGowan openly admits that 24bit/96kHz PCM is more than sufficient to capture the wholesomeness of needle tearing through groove. “But truth is, 96kHz not only sounds better when playing vinyl LP’s, it makes no sense to go higher. “, he says.

**Not everyone has the inclination or tech-smarts to get proxied up.