Crowdfunding a product isn’t a new concept but crowdfunding a hi-fi product’s development and manufacture certainly seems to be taking off.

Remember The Orbit’s Kickstarter campaign from time last year? A sensibly-priced record player for the man in the street: matte black MDF plinth, tonearm and Ortofon Omega MM cartridge, all for US$150. That’s one sweet deal. 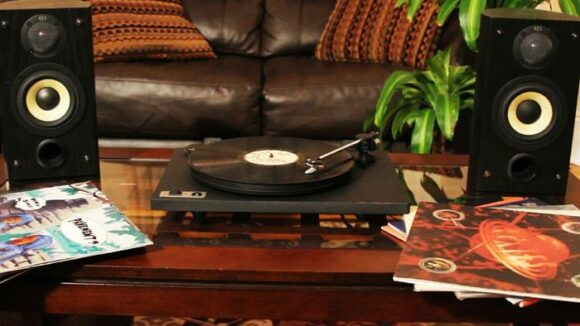 Then came Light Harmonic’s Geek DAC. A DSD/DXD dongle DAC that goes up against the likes of HRT’s microStreamer and Resonessence Labs’ Herus. Crowdfunded through Kickstarter, the Geek DAC campaign reached ten times its original US$28K funding target. That’s a success any way you choose to look at it.

And it seems Light Harmonic’s Vice President of Sales and Marketing Gavin Fish has really caught the crowdfunding bug. Light Harmonic’s bigger, badder brother to the Geek – the Geek Pulse – has just tipped US$255K of crowd money from an initial target of $38K, this time on Indiegogo. That’s the same website used by comedian Doug Stanhope to help an atheist rebuild her life after the Oklahoma tornado.

Check out the language used on the Geek Pulse’s Indiegogo page. Fish knows how to talk to the kids.

It’s a desktop DAC and headphone amplifier. It’s a desktop DSD/DXD DAC with quarter inch headphone output that promises enough power (3000mW) to drive pretty much any headphone on the planet. There are single-ended RCA outputs for connection to your main rig. Special attention has also been paid to DC regulation which (hopefully) translates to a more immersive listening experience.

The Geek Pulse campaign has seen Light Harmonic source more than money. It has sought suggestions for the Pulse’s feature set. The latest add-on to get the green light is ‘Geek Blue’; an aptx-ing Bluetooth 4.0 option.

The first Geek Pulse units will ship in May 2014.